Brian and Kathleen Bean’s lambs aren’t just grass-fed, they’re wild-crafted, says the Sun Valley, Idaho, producer. This distinction is important to Bean and his wife, who sell their artisan lamb and beef products direct to consumers through their ranch web site, LavaLakeLamb.com. They feel strongly that ‘grass-fed’ or ‘pastured’ are terms that miss the mark in their unique situation.

“There’s no great nomenclature to date to describe the difference between 100 percent grass-fed pasture lamb and 100 percent grass-fed and finished wild-crafted lamb,” Bean says. “The word pasture is a misnomer for us. Our animals are operating on a 875,000-acre footprint that starts at 3,800 feet in elevation and rises to more than 9,500 feet.”

Lava Lake’s sheep bands are herded ever higher into the rugged Idaho mountains following the natural spring green-up. This practice is known as transhumance and has been used by herders since the domestication of sheep, Bean says. And for good reason.

“By following green-up, we’re keeping our lambs on a high plane of nutrition,” he says. The Beans have collected years of data including doing plant surveys, using remote sensing and more to evaluate and utilize the land they graze. “The lambs may consume more than 250 different species of plants on their journey. This is really different nutritionally than being on orchardgrass or even a combination of grasses in a traditional pasture.”

Despite the scale of the land they graze, the Beans go above and beyond to be good stewards of the resources that sustain them.

Land commitment. The 875,000 acres of land their sheep graze encompass forest leases, BLM and privately owned property, all of which the Beans are emphatic about improving.

“The land is everything,” Bean says, a tenet clearly upheld by the management systems he employs. “The land comes first. But the beauty of that is when you put the land first for a few years, your land gives back.” 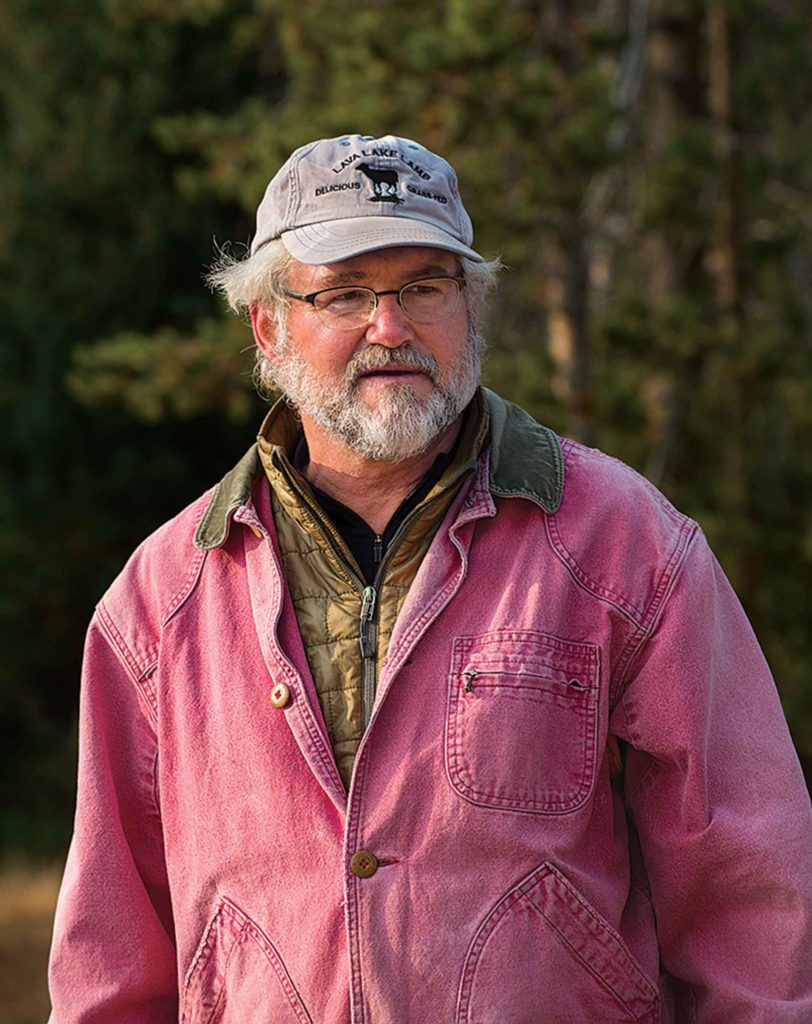 Brian Bean is passionate about interlacing the goals of land conservation and producing high quality meat for the benefit of all.

Bean, who obtained a degree in biology prior to throwing his hat in the ring as a rancher in 1999, has delved deeply into the science of preserving the landscape while also utilizing it for grazing.

One of their management tools is guided grazing. Their sheep are divided into multiple bands, each tended by a herder throughout the grazing season. One sheep in each band wears a GPS collar to track the band’s movements.

By collecting this data each year and combining it with on-the-ground assessments, they can strategically direct herders. This allows them to utilize even exceptionally large tracts of land with  precision, never touching the same acre twice in a season.

“Our Wildhorse grazing allotment is 240,000 acres. When the band grazes through they are only making a swath about 1/4-mile wide. We know exactly where they’ve been, so we can go through that allotment in subsequent seasons without retracing the same path,” Bean explains.

Herders are given general instruction, but a lot depends on their willingness to evaluate the landscape in real time and make an effort to use it responsibly. The Beans have a solution for that, too.

Herders receive training on forage management and have the opportunity to earn bonuses.

“Bonuses are based on two things. One is live weight at shipping and the second is the condition of the land in the allotment at the end of the season,” Bean says.

If the data shows a herder bedded in the same area for two or more nights in a row or allowed the band to heavily graze a riparian area, for example, they will lose some or all of their bonus.

His herders are experienced and driven, so it’s a rare occasion when a bonus isn’t awarded, much to the benefit of Lava Lake ranch and the lands in their care.

Delivering the goods. The Beans have made both observational and data-validated progress in their land improvement goals after two decades of conservation-minded management. 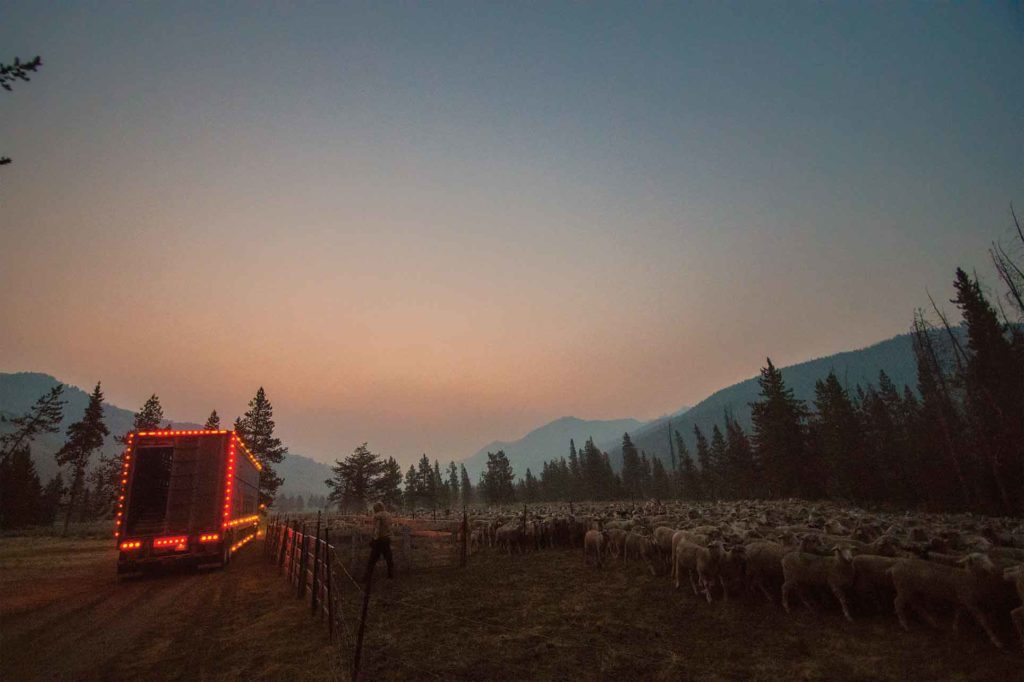 At the break of dawn in a smoky valley high in the Idaho mountains, semis prepare to load out lambs qualifying for Lava Lake Lamb’s premium direct-to-consumer market. They’ve spent months grazing diverse forage at the peak of its nutritional value, a strategy that creates a unique wild-crafted artisan product.

“I love to hunt. I love wild meat. After harvesting a deer or elk, the first thing I look at is organ fat,” Bean says. Plenty of organ fat in the fall tells him he’s done a good job. “We’re on its range and that’s a privilege, so I want that animal to have a fantastic life. If I’m doing a good job not only do our lamb carcasses tell a story about our stewardship of the land, so do the wildlife.”

Teamwork The Beans work together with various groups and agencies to maintain their organic/natural status and improve the lands they use.

Codie Martin, Shoshone BLM field manager, has worked with the Beans from the beginning. Together they’ve worked out ways to control weeds without spraying, rehabilitate land after fires and restore riparian areas.

“He’s very in tune with the health of the range. He wants to be a good steward of the land and goes to great lengths to make sure he is,” Martin says, noting this has benefited both livestock and wildlife in the area.

“Our perspective needs to be science based,” says Bean, who is insistent on data gathering. “We need to actually measure and record and not just tell ourselves we’re doing it right. We need to see if it’s truly getting better or worse. And if it’s getting worse, we need to figure out why and fix it.”