Six or seven years ago we asked ourselves: what is the future of our farm?” says Andy Lenkaitis, a partner in his family’s dairy farm in Kane County, Ill. “We knew we needed to make some big changes to ensure our farm would be around for the next generation.”

Lenkaitis Holsteins is located near St. Charles, Ill., just 50 miles west of Chicago. When Andy’s parents bought the farm in the 1980s, it was an easy train ride for his dad’s commute to the Board of Trade, and it gave Andy and his siblings the farm lifestyle.

Since then, the city has spread out to them. Several neighboring dairy farms have sold out or relocated, due to tight margins. Now only two other dairy farms remain in the county; whereas, there are now three Starbucks within 10 minutes of their barn.

“It is hard to attract labor; no one wants to milk cows the way we did 30 years ago,” Andy says. “And our suppliers, nutritionist, and vet are all several hours away, which means we have to handle some things differently than other dairies. But we like living here.” 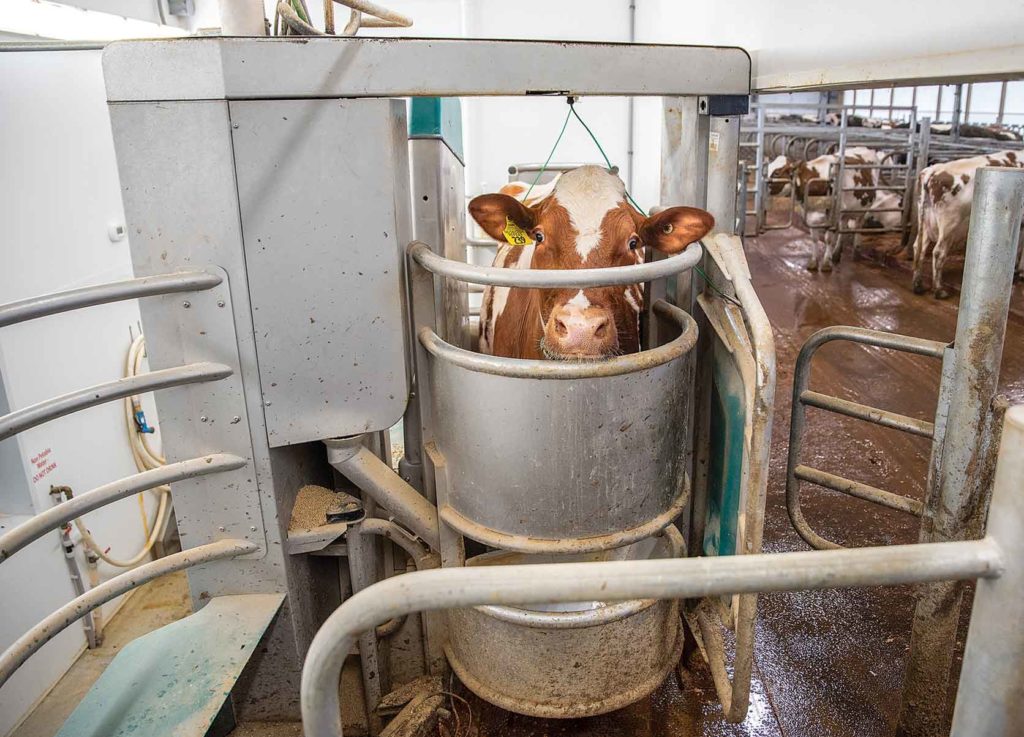 Lenkaitis Holsteins added two milking robots in 2018 to position themselves well for the future.

They didn’t want to sell and move to a more rural area away from family and city conveniences.

So in 2018, they built a new free-stall barn with two milking robots. This increased their milking capacity from 37 to 120 cows.

“Early on we discussed our plan with our milk buyer to make sure there was a market for more of our milk,” Sarah says. “They told us they’d support our growth since we have always had high-quality milk and are close to the processing plant.”

Community and industry relations were also a big part of their planning process.

“We have learned people like to look at cows,” Andy says, in his humorous, matter-of-fact way. “So we laid out the new barn to have the cows closest to the road and the feed and other dirty parts behind the barn. This way, people can see the cows as they drive by.”

“We want to show our neighbors how dairy farming has evolved from what they may remember of their grandparents milking by hand,” Andy says.

Andy and Sarah also have dreams of their updated farm becoming a training ground to help improve the whole industry. 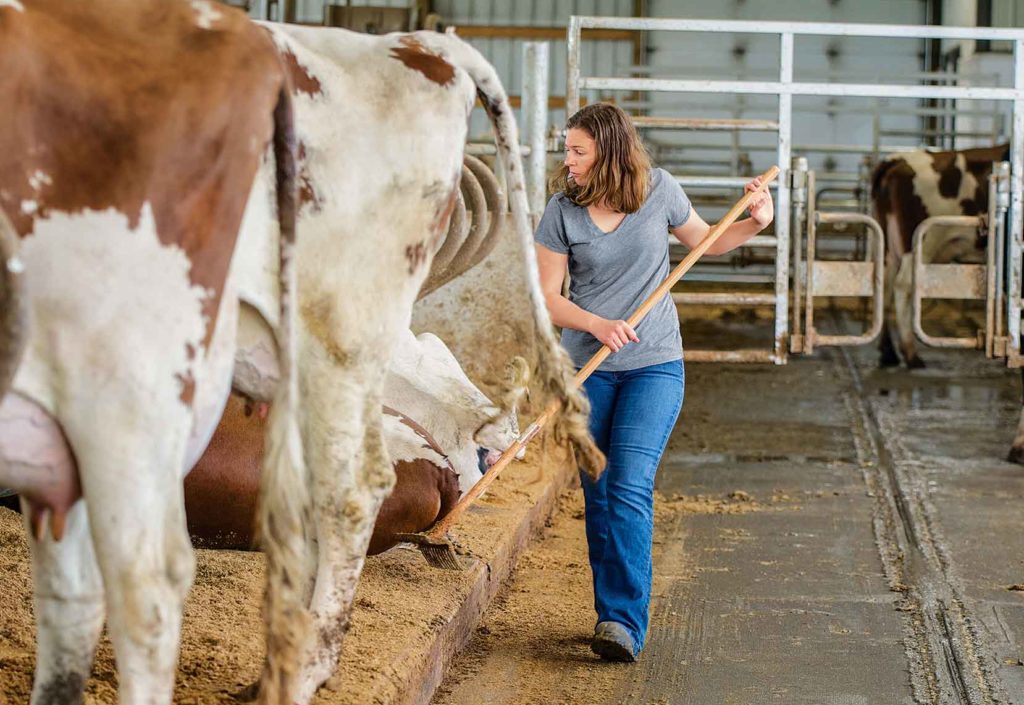 Sarah manages the day-to-day tasks of the farm while Andy works as an engineer for a dairy equipment company.

“I think we have now created a place where like-minded dairy farmers want to work,” says Andy. “It’d be great if we could get people right out of college to work here as an intern for a year and then go on to implement robotic milking at their own farms.”

Sarah recently gave a tour to 100 FFA kids, which confirmed they are on the right track.

“They got pretty excited when seeing the changes in dairy farming—that you can work with cows in a nice, clean environment while sifting through data all day.”

Using technology to identify the best use for every acre.