Almost every kitchen and restaurant in southern Austria has a bottle or can of kürbiskernöl, or pumpkin seed oil, carefully protected from the sunlight that can bleach its deep-green hue.

Styrians drizzle pumpkin seed oil on soup, salads, meats, cheese. It’s even great on vanilla ice cream. It’s a local flavor that is typically made a few liters at a time on small farms throughout the region. Strong domestic demand may explain why—though Austrian farmers raised about 45,000 acres of oil pumpkins in 2017—only 40 percent of the country’s pumpkin seed oil is exported.

Happy accident. Pumpkins have been grown across Europe since Spanish explorers brought them home from the New World in the 1500s. But in the 19th century, a single-gene mutation occurred in a vine on an Austrian pumpkin farm. The new plant’s fruit was packed with green, almost-black seeds without the hard, white hulls common to other pumpkins. An industry was born. 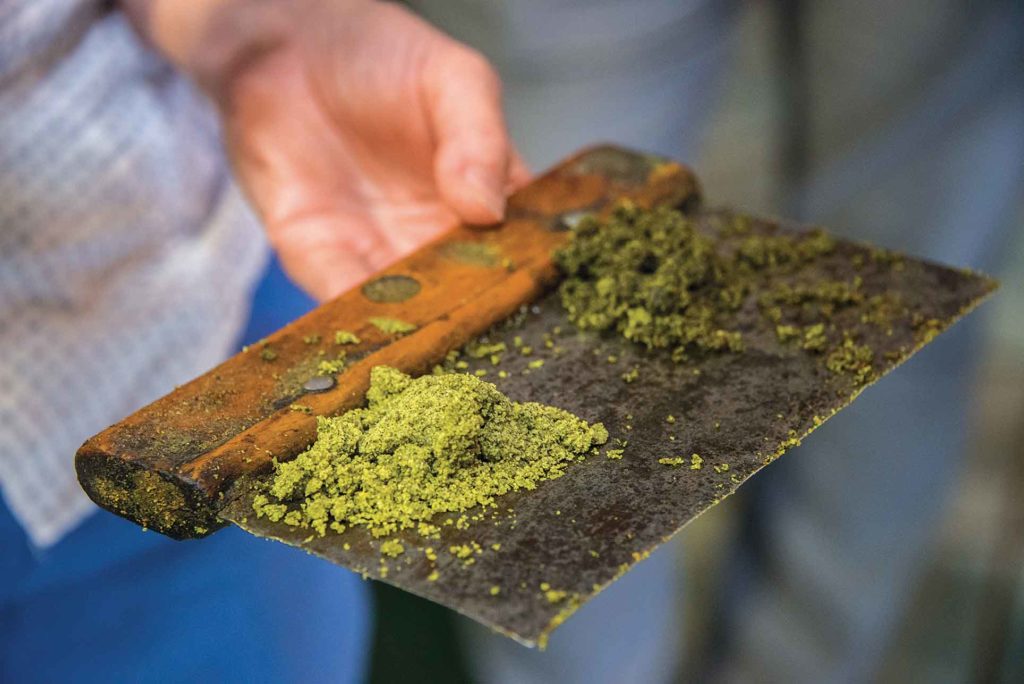 A paste of ground, green pumpkin seeds, water, and salt is roasted to free the oil and bring out its nutty flavor.

“There are 850 types of pumpkins with seeds; only Styrian pumpkins have black seeds,” says Christine Farmer-Rabensteiner, who farms 25 hectares (61 acres) of pumpkins and presses oil with her husband Franz in the Austrian village of Bad Gams. “There are people who will press white seeds for oil, which have four green layers. Styrian seeds have 14 green layers, so they make thick, flowing, flavorful Styrian oil.”

In all, Styrian oil pumpkin seeds contain 41 to 59 percent oil by weight. That’s rich. But it still takes 35 to 45 pumpkins to produce a liter of oil or 133 to 171 pumpkins per gallon.

Complex process. Pressing the seeds for oil is just part of the complex process. The cleaned, dried seeds are ground in a mill and mixed with water and salt to coagulate proteins and free the oil. The paste is roasted for a little less than an hour, enhancing the nutty aroma of the oil.

The roasted paste is transferred to a press, where the oil is squeezed out and prepared for bottling. At the Rabensteiners’ farm, oil is roasted and pressed in a tile-lined production room just off the courtyard of the family’s roadside farmhouse.

The family sets up booths at 60 events and farmers markets per year and sells online at
kuerbiskernoel.at. But the Rabensteiners sell most of their oil at the farm, part of a steadily growing agritourism venture that started with oil, expanded to vinegar production, drew in local wine and pottery, and attracts vacationers with modestly priced room rentals.

U.S. counterpart. Greg Woodworth and Kelly Coughlin slid into the pumpkin seed oil market in 2012 at a farmstead-sized scale much like the Farmer-Rabensteiner’s.

The couple had already teamed up with Martin Farms of Brockport, New York, to turn a by product of the farm’s cut squash into a premium oil under the Stony Brook WholeHearted Foods label.

Inspired by Austrian oil and encouraged by Woodworth, Chris Martin planted an acre of Styrian oilseed pumpkins in 2012. He’s growing 200 acres’ worth today, which Woodworth and Coughlin press into upstate New York’s counterpart to Styrian oil.

In addition to marketing online as wholeheartedfoods.com, the company has diligently introduced Americans to the green oil. 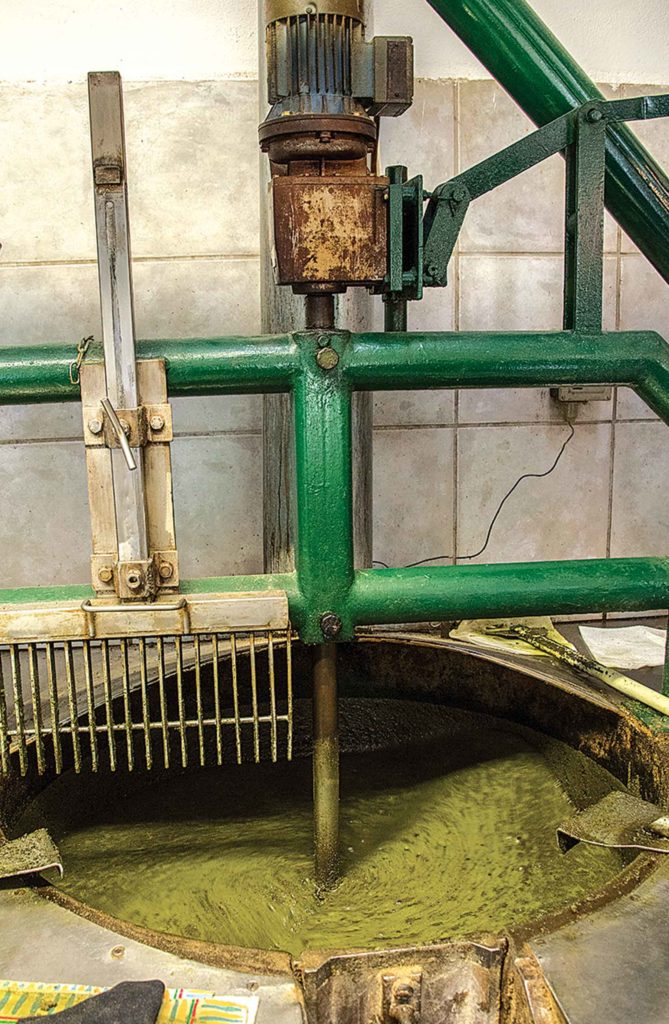 “We discovered that we had two markets that work really well for us: specialty food stores, and natural food stores and cooperative markets, where they wanted the transparency and a farm-to-fork story,” says Woodworth.

Even the oil’s short shelf life—about 12 months—suits a company that presses year ‘round.

“It’s like fresh produce,” he says. “You want to enjoy it as soon as possible after it’s made. We want you to enjoy this every day, whether you have it on yogurt for breakfast, vegetables for lunch, or over grilled meat at night.”