There’s nothing about Threemile Canyon Farms that isn’t written on a grand scale. The operation covers 93,000 acres—a 12-by-12-mile patch of high desert outside of Boardman, Oregon, so remote it butts up against a navy bombing range. On that sprawling spread are 39,500 acres of farmland—including 6,400 acres of potatoes and 12,000 acres of organic crops—and 23,000 acres set aside for habitat. The farm is served by more than 300 miles of irrigation pipe, 386 pivots, 50 tractors, 23 potato diggers, and 100 company pickups that are replaced 20 at a time. The staff milks 25,000 cows—about 20% of Oregon’s dairy herd—delivers up to 150 calves daily, and prepares as many as 20,000 calf bottles per day.

But just as massive as the scale of the farm is its commitment to its staff, its community, and to proving that a large operation can be managed with environment and ethics at the fore.

Big but nimble. It’s hard to imagine a 144-square-mile outfit as nimble, but Threemile Canyon Farms has pivoted and adapted right from its start.

Just a couple of years after negotiating the purchase of the farm for potato powerhouse R.D. Offutt Farms, director of western operations Marty Myers spotted an opportunity in the morning newspaper—dairy co-op Tillamook Creamery was looking for a site for a new cheese plant. The Oregon-based co-op had identified 20 sites to consider. Myers called the CEO and suggested Boardman as site number 21. That turned out to be the winning choice, and Myers steered the farm into the dairy business.

Those cows produced a lot of manure. Myers saw it as organic fertilizer, a way to diversify the cropping side of the business away from a singular emphasis on growing potatoes.

Where the farm’s crop managers used to view the world in terms of potatoes and rotation crops, they could expand their thinking to focus on the value of feed for the dairy—where importing corn is a costly proposition—as well as high-value organic vegetables. An anaerobic digester could turn waste into energy. And because the manure never leaves the farm, the operation became a closed loop. 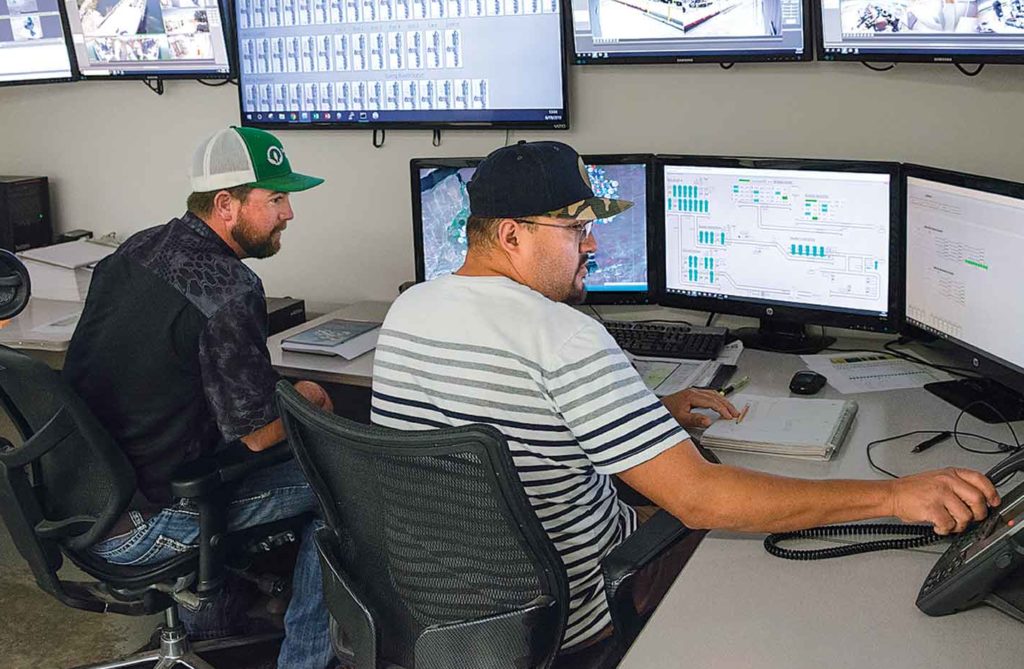 “Now we have a business where we can utilize what we produce,” Myers says. “Was that part of the vision in 1998? Absolutely not. It started when we started milking cows. The vision grew from there. Natural evolution.”

The heart of the farm. Threemile Canyon Farms’ cows were placed at the center of the operation, literally and figuratively. Veterinarian Jeff Wendler oversees the herd—mostly Jerseys, with about 15% crosses and Holsteins—and the staff that keeps each cow happy, healthy, and producing 53 to 60 pounds of milk per day.

Wendler puts a huge emphasis on animal welfare. A committee of 18 employees meets monthly to review conditions on the farm, receive animal welfare training, and prepare to teach fellow workers. Every month, veterinarian Mike Paros visits from Evergreen College to meet with the committee and inspect the farm. Every employee has his phone number and an open invitation to call him with animal welfare concerns. And every 4 to 6 months, an auditor from animal welfare certification firm Validus spends a week on the farm. Wendler notes that Threemile Canyon earns a solid A+.

“It makes a better workplace,” he notes. “The cows, when they’re happy and healthy, they’re more efficient, load easier, and produce more milk. There are no negatives to this program.”

Even though three of the farm’s five parlors have twin 80-stall robotic carousel milking systems—the other two have double-30 herringbone setups—every cow is watched carefully to make sure she is in good health.

“With us, it’s so much about prevention,” Wendler points out.

The staff watches other performance indicators, too, from productivity to empty stalls, milking speed, detached milkers, and even whether individual cows take an extra spin on the carousel.

All that data, along with a full genomic analysis, contributes to understanding the productivity of each cow on the farm. An aggressive artificial insemination program with sexed semen constantly improves the herd. If a cow isn’t a high performer herself, she is put to work carrying the embryo from an elite pairing.

“We’ve always chosen the fathers, but now we’re choosing the mothers, too,” Wendler explains. “The bottom 50% are carrying embryos from our top 1% to 2%.”

Precious fuel. The manure produced by the milking herd and replacement heifers—about a million gallons per day—feeds an anaerobic digester as well as the farm’s cropland. Tom Chavez manages Threemile Canyon’s digester and biofuel program, and like everyone else on the farm, he is all about integrating various elements of the operation. 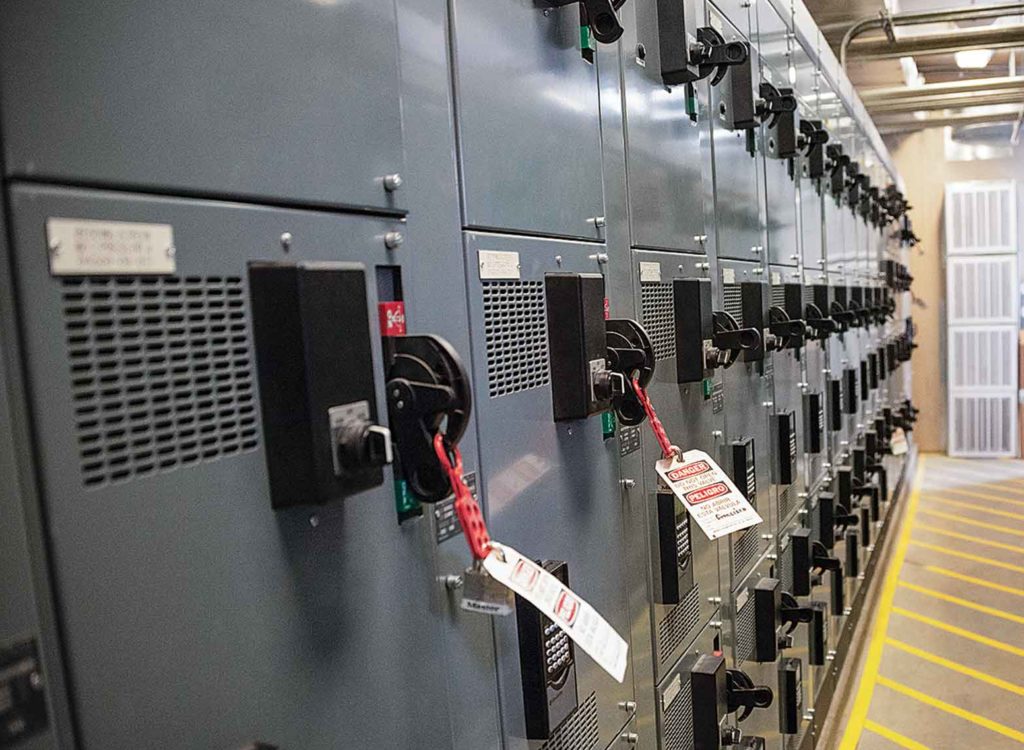 Chavez is also focused on the future. The current digester houses 11.1 million gallons. The methane it produces is scrubbed clean enough to fire three generators that feed 4.5 megawatts into a power grid hungry for green energy. But Chavez is focused on the next project: a 30-million-gallon plug flow system to produce gas he can clean and pressurize to 1,000 psi so Threemile Canyon can inject it directly into a pipeline that runs across its property.

Meanwhile, the digester will continue yielding comfortable bedding for the barns and high-N, organic effluent water for the crops.

Big balance. Greg Harris, director of farming and agronomy, grew up in Paterson, Washington, across the river from Boardman.

“I used to look at this farm out my parents’ window and see it blowing,” Harris says. “I never thought I’d be the one trying to keep it from blowing.”

Where the Threemile Canyon staff doesn’t have expertise in a crop, the company partners with someone who does, like organic carrot and onion growers who have brought managers up to speed.

Threemile Canyon Farms is divided into seven zones of about 70 circles apiece. Each is the domain of a farm manager who plans rotations, manages operations, juggles worker schedules, and orders water. Harris says switching strategies from crop specialists to farm managers who handle diverse crops has erased rivalries and provided depth in the lineup for tackling tasks on the farm.

“Guys who grew potatoes for 17, 18 years started growing all the crops,” he notes. “Now they’re just as passionate about their organic corn as they were about their potatoes. And now you’ve got six or seven guys talking about potatoes, not just one. 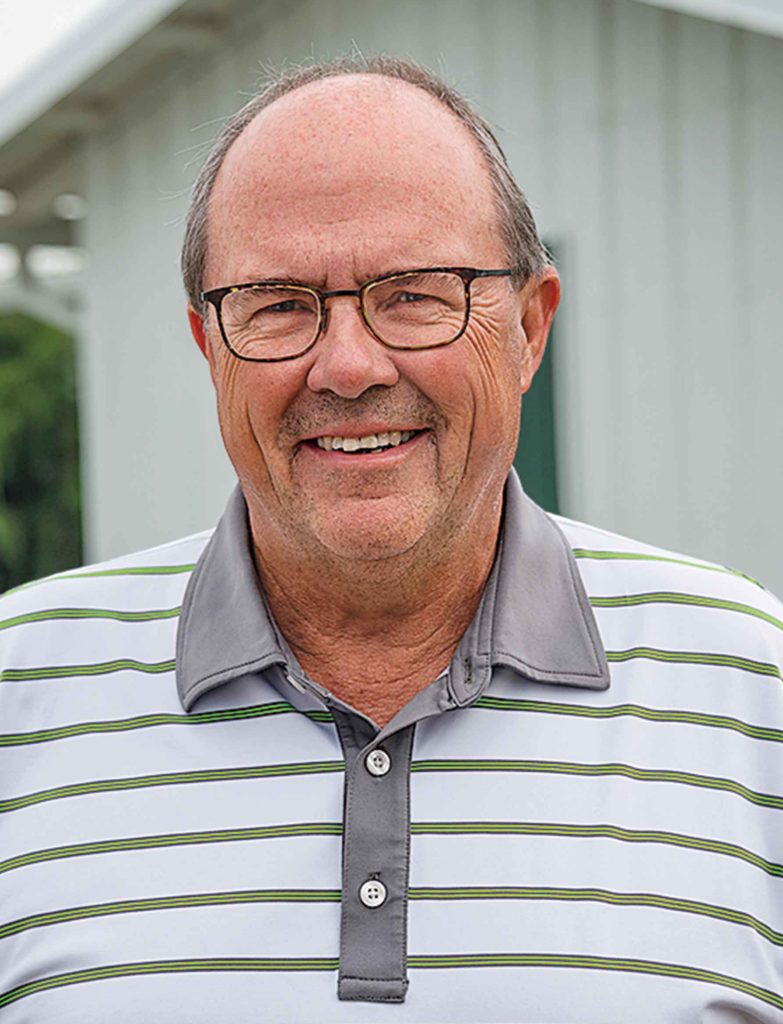 “It also creates backup,” Harris adds. “If you’ve got two guys growing all your potatoes and one gets sick or needs a day off, where’s your backup?”

It’s about people. Wait. A sick day on a farm? A backup?

That’s another part of the company’s vision—work-life balance and community involvement. Whether it’s Greg Harris taking special-needs kids for elk hunts on the farm, Jeff Wendler serving on civic committees in nearby Boardman, or employees just taking time for family, it’s encouraged.

“If they want to coach baseball or basketball for their kids, they can do it,” Myers emphasizes. “They can take the time.”

Hourly employees at Threemile Canyon Farms—about 300 people— are members of United Farm Workers, which has been negotiating contracts on the operation since 2007. Myers says the union has supported the farm with some of its customers, detailing the company’s employee welfare programs and good labor practices.

Myers notes that Threemile Canyon also creates opportunities in agriculture that are unique at every level of the operation—including a chance for young people without family operations to inherit to get into farming.

“We provide that opportunity for you to get into agriculture,” he says. “You no longer have to risk all of your capital to try to be successful at farming.”

Seven of Threemile Canyon’s managers are alumni of the farm’s internship program, an intensive training that dates back to the farm’s start. Myers adds that the farm’s focus on information and automation is also creating opportunities for second-generation staff in technical roles.

“They can come back and really help us in different categories—hopefully it’s higher-paying, higher-rewarding careers,” he says. “Everyone wants upward mobility.”

Then he lets the farm’s track record—its big numbers, its big achievements, and its big commitment to people—do the talking.