Two monks walk into a pub — no, really.

Father Isaac and Brother Brian, a pair of Trappist monks, were on a mission to find an agricultural product that would fund their abbey’s future operations and charitable activities; they were researching beer. They were at The Publick House in Brookline, Massachusetts with beer expert Dan Paquette to learn about making great brews. Their monastery, St Joseph’s Abbey in Spencer, Massachusetts, was considering building the first Trappist Brewery in North America.

“Dan had me mesmerized with his incredible knowledge about the history and biochemistry of beer,” Father Isaac says. “Then pub owner Dave Ciccolo says, ‘well, we have to have a beer.’ I’m thinking, ‘Oh God, it’s 11:00 (AM). He comes out with a tray of chalice glasses filled with a dark liquid with big thick head. Anyhow, I take a sip; I mean you have to be polite, and I’m amazed! I don’t know what this liquid is, but I thought to myself if this is beer, I could really get into this project. It would be quite something to brew one like this. It turned out to be St. Bernardus Abt 12. I always say it’s the one that converted me to beer. That’s how we (Spencer Brewery) got started.”

Debt of gratitude. Western agriculture owes a huge debt of gratitude to the three orders of monks, the Benedictines, the Cistercians and Trappists, who follow the Rule of Benedict. Even the most casual historian knows that it was Europe’s monasteries that preserved the knowledge of antiquity after the fall of the Roman Empire. What’s less well known is that it was the monks’ hard work and innovations that laid the foundation of western agriculture.

St Benedict’s motto was ‘Pray and Work.’ So when they weren’t praying, monks were busy. They invented the wheeled plow, the heavy saddle with stirrups, the nailed horseshoe, the rigid horse collar, and pioneered the use of wind and water to power their flour mills and workshops. You can also blame them when you’re struggling with your books; monks invented double entry accounting. And since every Benedictine monastery had an agricultural college, their innovations were shared with the wider population. 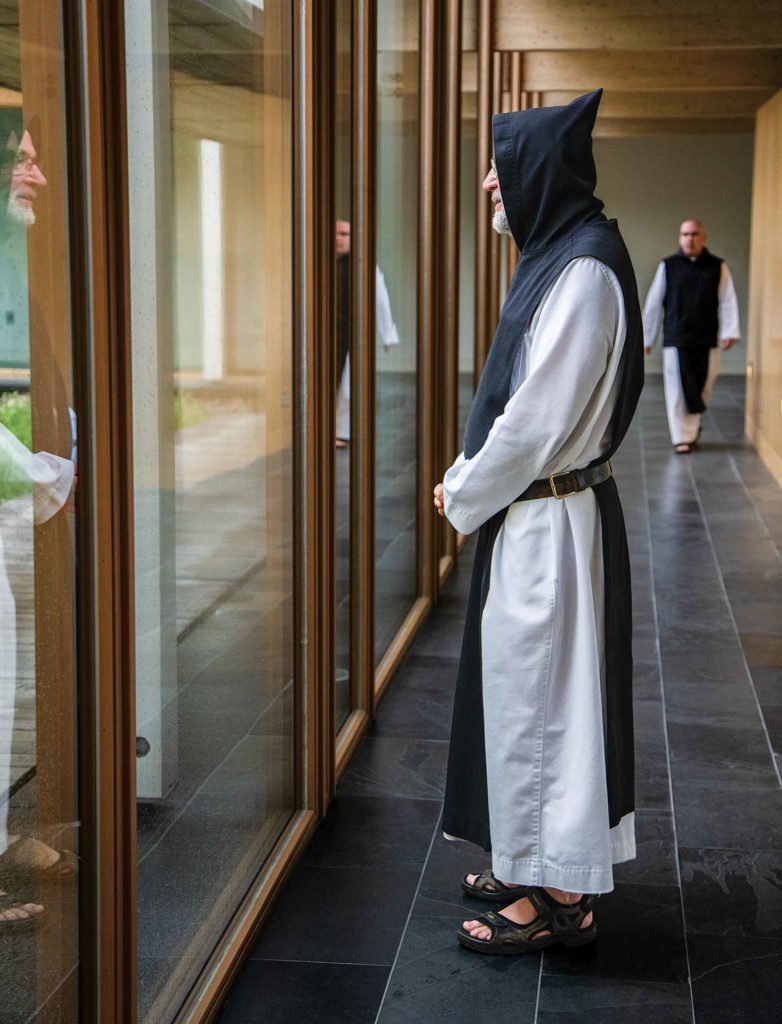 Brother Bruno-Marie at L’Abbaye de Val Notre-Dame says their life is a balance of prayer, solitude and work.

Manpower shortages and an aging workforce are rapidly creating problems for farmers in Canada and the USA. They might want to take a closer look at how monasteries are resolving these issues; they’ve been struggling with them since the late 1960s.

The Trappists, officially known as the Order of Cistercians of the Strict Observance, have 169 monasteries, (24 in the USA and Canada) 2,500 monks and 1,800 nuns around the world. They are required to be financially self-supporting under the Rule of Benedict guidelines. They’ve traditionally done this by raising and selling agricultural and agri-food products. That’s hard to do when they no longer have the workers they need. Like farmers, they’re searching for ways to maintain financial viability in the future.

Finding new revenue streams hasn’t been easy because any new ones must be compatible with their contemplative lifestyle. The cloistered Trappist monks’ and nuns’ days typically begin about 3:00 AM and ends at 8:00 PM. Life follows a centuries old schedule that includes periods of quiet contemplation, solitary prayer, communal worship and five hours of work.

Facing reality. “Work has always been an important part of monastic life,” says Brother Bruno-Marie of L’Abbaye de Val Notre-Dame near St-Jean-de-Matha, Quebec. “Our lives are a fine balance of prayer, times of solitude and work. Working gives us a higher purpose. But the nature of our work is changing and we’re getting old. We have to face the reality of our contemporary world.”

Shockwaves went through the province of Quebec in 2003 when the Trappist monks of Oka Abbey (L’Abbaye de Notre-Dame du Lac) announced they were selling their site and relocating to L’Abbaye de Val Notre-Dame an hour to the east. The abbey had been the center of agriculture research in the province for more than 80 years; its monks had invented the province’s beloved Oka cheese. But the brothers were increasingly feeling crowded as Montreal’s suburbs started to close in and they were finding that the valuable lands and huge facilities no longer suited their needs. It was the end of an era. 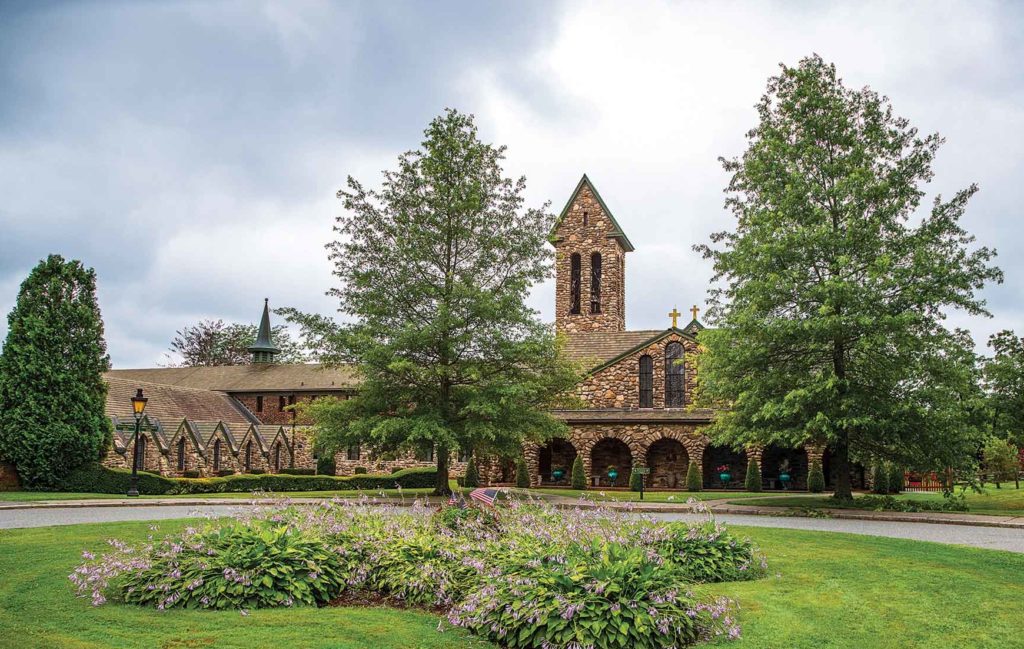 Daily life for the monks at St Joseph’s Abbey typically starts at 3:00 AM and ends at 8:00 PM. It follows a centuries-old routine that includes quiet contemplation, solitary prayer, communal worship and five hours of work.

“Our order was initially granted permission to come to Quebec and set up an abbey in Oka, in the 1880s on the condition that we would open a demonstration farm and an agriculture college at the site,” says Brother Martin. “We were the University of Montreal’s school of agriculture up until our contract expired in the early 1960s.”

The agriculture school closure coincided with the start of a long, slow decrease in the number of monks at the abbey, from a high of 178 in 1948 to a few dozen at the time of the abbey’s sale. By the early 1970s the workload to keep up with demand for Oka cheese was too much for the monks. So, they sold the brand in 1974. It’s now produced by the Agropur dairy co-operative.

“That sale led to our community getting into the chocolate business,” says Brother Bruno-Marie. “After we sold it, we had a lot of brothers in their sixties and seventies who were feeling lost because they suddenly didn’t have a lot to do. The abbot at the time asked me to develop a chocolate industry at Oka to help keep the aging brothers occupied. Our line of chocolates started from there. It’s now evolved into business that still is generating income for our new abbey. The older monks still gather to work together during packaging. Brother Yves still comes in and he’s in his nineties. He’s quite remarkable.”

After the Quebec monks got settled into their new abbey in 2009 they took stock of their stunning new forest surroundings. Brother Martin became interested in harvesting some of the edible forest products that were growing in the woods around them.

The brothers now cultivate, harvest and transform mushrooms, edible flowers and forest vegetables into 35 product lines; everything from mushroom soups to herbal teas. In keeping with tradition, they are sharing their knowledge by offering 32 training courses on topics ranging from growing wild mushrooms to the healing properties of medicinal plants.

What about beer? “Brother Brian tried to convince us to make beer (at St Joseph’s) for 15 years; we listened and smiled and continued making jams and jellies,” Father Isaac says. “But we were running out of other options; even though I really wasn’t a beer person, I was brought in to assist him with his research. We started on this beer journey together.” 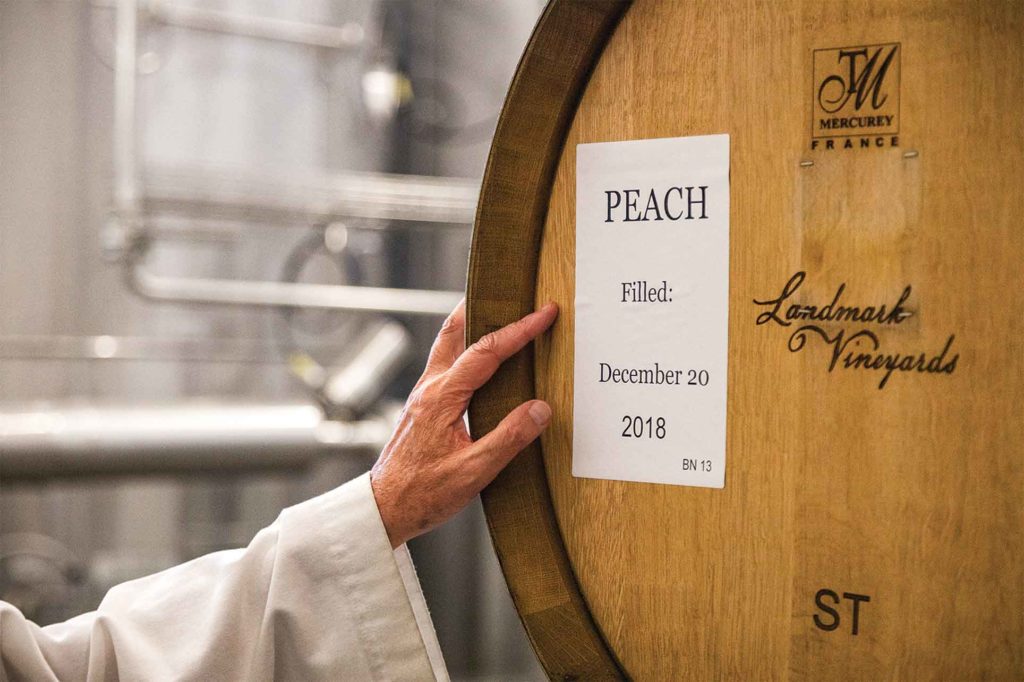 All Trappist beers must carry the International Trappist Association’s (ITA) Authentic Trappist Product seal. It doesn’t signify a style of beer, it says monks made it. A brewery has to meet three criteria to be recognized as a Trappist Brewery so its products can carry the seal. First, it has to be located at a monastery and not be open to the public. Second, its production has to be sized to the needs of the monastic community and its charitable outreach. Third, monks have to be the ones in charge of operations at the brewery. Each beer is evaluated too.

“During our research I really got why monks started to brew,” Father Isaac adds. “It has moments of really intense physical activity. Mashing in would be a very physical activity, especially before we had the degree of mechanization we have now, but it’s over in an hour. Then there’s another five hours of brewing. You’ve got to be attentive, take your samples, and be on your game, but it’s an almost silent environment. It really fits in with our contemplative life.”

Some Belgian Trappist monasteries have been brewing for five centuries and the pair determined that a Trappist brewery had good potential to provide the abbey with the monastic work and revenue it was searching for here, too.

They presented their findings to the monastic order for a vote and when the results were tallied the project had received the highest majority that any could remember. The result was interpreted as an affirmation that the community has a future.  It’s become their 100-year project.

The monks did their first brew at Spencer Brewery in October 2013. In December, they went to Brussels, Belgium to present Spencer Trappist Ale to the ITA’s evaluation team. The brew received unanimous approval, becoming the first beer brewed outside of Europe to carry the Authentic Trappist seal.

Father Isaac’s favorite is still the original, Spencer Trappist Ale. But their quad, the Spencer Monks’ Reserve Ale, a big, strong, dark beer, similar to the St. Bernardus Abt 12 that turned him into a beer aficionado at that first meeting, runs a close second.