Cecil Harris might be the only person in history to be better remembered for his will than for his life. The Rosetown, Saskatchewan area farmer spent most of the final hours of his life on June 8th, 1948 pinned and badly injured beneath his tractor. He remained alert and at some point became concerned he wouldn’t survive. So, Harris took out his pocketknife and carved his will into the tractor’s fender (photo above). Neighbors discovered it when they checked over the wreck the following day. He’d written:

“In case I die in this mess, I leave all to the wife. Cecil Geo Harris.”

Saskatchewan courts quickly decided that it was a valid handwritten (holograph) will. Students now study it in law schools around the world.

No one knows why Harris never got around to writing a will until the last possible moment, but he’s certainly not the only Canadian to procrastinate. A 2018 poll by the Angus Reid Institute found that an astonishing 75 percent of Canadians don’t have a current will; more than half don’t have one at all.

It’s natural for people to avoid talking about death, divorce, disagreements, disabilities and disasters (the “Five Ds”) with their loved ones and business partners, says John Stewart, a partner with the D’Arcy and Deacon law firm in Winnipeg, Manitoba. They’re outside their comfort zone. But, if you don’t plan for them, any of the Five Ds could destroy your farm.

“People know the Five Ds happen to others, but have a hard time believing they could happen to them,” Stewart says. “Farmers need a will, a power of attorney, a shareholder (or a partnership) agreement, a dispute settlement mechanism to settle any serious disagreements, and insurance that mitigates the risk from disabilities, illness, disasters, and death.”

A partnership or shareholder’s agreement provides a clear set of terms and conditions that outlines what happens to the shares or the partnership if someone dies, divorces or wants out, Stewart says. It defines the assets and how to deal with them, rather than be tossed around like a football if there’s a divorce or other acrimonious split.

“So many people go to their grave or end up in a divorce and there’s nothing in place,” Stewart says. “Sadly, as a lawyer, I see family after family trying to work their way through tragedies that could easily be handled if plans were in place ahead of time.”

Families often wait until some catalyst event forces them to start serious discussions. For Aaron Elskamp’s family in Woodlands, Manitoba, it took his mother being diagnosed with a rare type of cancer at the beginning of harvest in 2008 to start the conversation.

“Her illness brought us to a fork in the road,” Elskamp says. “I was 22 years old and pretty frustrated with the world when mom got sick. I was ready to leave the farm. We were milking 200 cows, had a 150 head cow/calf operation and about 3,000 to 4,000 acres of cash crops at the time. I had no interest in the dairy, but I was interested in the cash crop side.”

His mother urged the family to discuss goals for the farm and how to get there. They decided to sell the dairy and aggressively expand their cash crop operations.

The family soon realized they didn’t have the expertise they needed, so they hired outside advisors to guide them through conversations about shareholders’ agreements and buyout periods. They act as knowledgeable referees, and have the experience and perspective to know what is or isn’t a fair and reasonable arrangement. 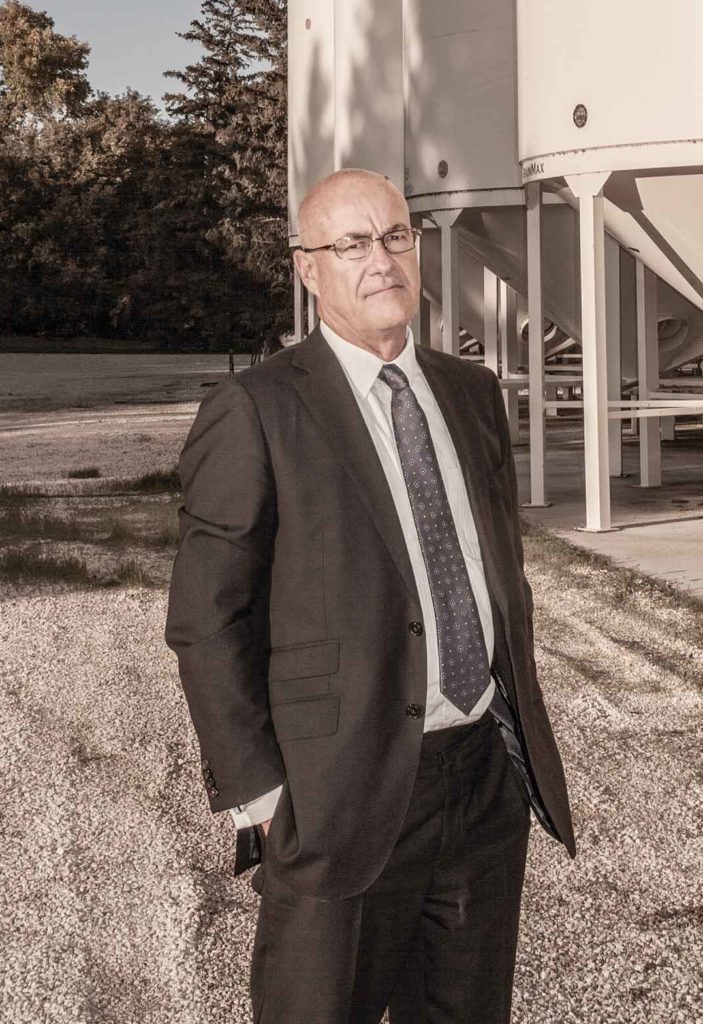 John Stewart has experience managing the Five Ds. Discussing them forces people outside their comfort zone. When that happens, the natural human reaction is to procrastinate. Unfortunately, without advanced planning, any of them can have a terminal impact on your farm.

Today they crop 15,900 acres and have a 7200-head feedlot. Each brother has their own operation, but they work together in a universal partnership structure and share resources with their father to achieve the efficiencies of scale they want. Elskamp says it would be painful if the brothers decided to go their separate ways, but both operations would keep moving forward.

Having the right insurance is an integral part of managing the Five Ds. Most producers think nothing of paying for crop, fire or flood insurance, but balk at spending money to insure their human resources, Elskamp says. But who’s going to fill the hole when a key person dies or is unable to work due to sickness or injury? Having key man insurance in place lets you hire someone with the skillset you need in an emergency. Disability or critical illness coverage provides security when people are sick or injured.

George Dunnett knows first-hand how quickly life can change. The young orchard owner from Brighton, Ontario, was feeling run down for weeks in early 2018 but wasn’t too concerned about it. Then one day Dunnett felt so weak he had no choice but to go to Emergency. He collapsed before he got to his truck.

Dunnett was diagnosed with atypical (walking) pneumonia.His infection was so advanced that he had developed sepsis and had gone into septic shock. Doctors fought for his life; his heart stopped three times during the three weeks he spent in a coma. By the time he was discharged from the hospital, three months later, one leg had been amputated below his knee, and he’d lost half his foot on the other leg. He’s still recovering, rebuilding his strength and learning to use his prosthetics.

“Thankfully all my hospital bills and prosthetic were covered under Canada’s medicare system,” Dunnett says. “But I didn’t have any private disability (or critical illness) insurance that would have provided income right away. It took many months to receive assistance under the Ontario Disability Support Program. I am fortunate that my father was there to step in and take over orchard operations. And he made sure the bills got paid while I was hospitalized. Otherwise, I would have been homeless by the time I got out of the hospital. 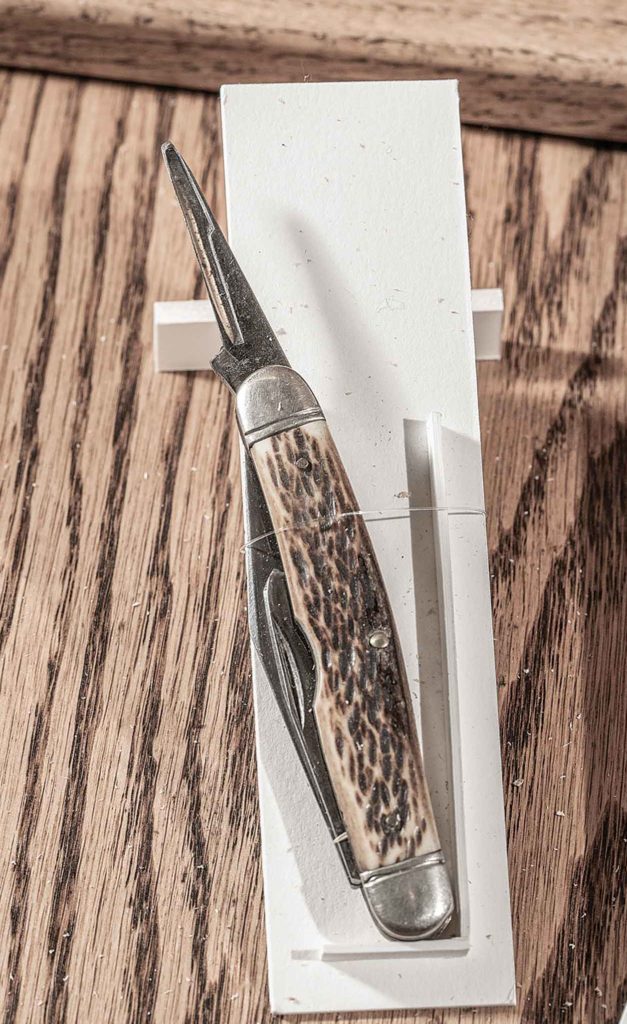 Cecil Harris carved his will with this pocket knife while waiting to be rescued.

Still, not everyone has family available to help out, Dunnett says.  It’s worth it to take some of your daily coffeeshop money and buy the insurance you need. Once you get sick, it’s too late.

Insurance makes it easier to survive disasters, too. Peter Ruiter had just sat down to join his wife for lunch on September 8th, 2017, when someone started banging on his door. He learned his dairy barn near Ottawa, Ontario, was on fire. Four minutes later, the entire structure was engulfed in flames.

“The machine shed wasn’t on fire yet, so I was able to pull my tractor and truck out. But all I could do was stand there and say I’m sorry to all my cows inside the barn,” Ruiter says. “We could have lost the house too, but the wind turned a bit, and the fire department arrived in time to save my house and garage. It was a rough day!”

Experiencing a disaster can often cause mental anguish too. It can be hard to accept that bad things do happen to good people. “Then the reality of the fire set in,” Ruiter says. “I remember standing there thinking, ‘Wow, I guess I don’t have a job anymore.’ I wasn’t going to be milking cows that night; there were no cows left. Every night for 25 years, I walked over to the barn to tuck in the girls and say, ‘goodnight, see you in the morning.’ It was a hard habit to break! The first night I got within 10 feet of where my barn used to be, it struck me, ‘Oh yeah, it’s not here.’ It was a tough walk home.”

Fortunately, a couple arrived from Ruiter’s church Saturday morning with an envelope and a card. It said, “Ignore the rain, look for the rainbow.”

“It became our family’s rallying cry whenever we were feeling down,” Ruiter says.

Ruiter used the insurance money and invested more to replace his barn with a state-of-the-art robot milking facility. Since his farm is within Ottawa’s city limit, he made it visitor friendly to capture some of his location’s agri-tourism potential. After 15 months he’s milking once again, and the future is looking brighter.

Planning for the Five Ds is never comfortable, Stewart says. You don’t need answers for every scenario, but it is essential to start working on them. After all, no one knows what curve balls life might throw at them.