Wildlife conservation and livestock production are not mutually exclusive endeavors. In the case of a Montana partnership, working with a conservation group has arguably done as much to preserve area ranching tradition as it has habitat.

The Matador Ranch Grass Bank is a somewhat complex collaboration between The Nature Conservancy (TNC) and up to 19 Phillips County area ranch families. The Eastern Montana ranchers lease grazing at steeply discounted rates on the Matador Ranch’s 60,000 acres of deeded and public land leases.

In return, grass bank member ranchers agree to follow certain conservation practices such as not plowing up the native prairie and following NRCS stocking recommendations.

The more conservation practices they employ, the deeper the discount they receive.

“The maximum discount is 50 percent. By the end of 2020 we’re expecting to hit $1 million worth of discounts and incentives given to the ranchers in our program,” says Brian Martin, TNC Montana Grasslands Conservation Director program manager.

This arrangement was born of mutual need. TNC wanted to conserve habitat for species with sprawling ranges. The acres they controlled were just a drop in the bucket. Meanwhile, area ranchers were fighting lingering drought. Herd downsizing or leasing grazing far from their home ranges was looming.

Third generation area rancher Dale Veseth saw potential and approached TNC. Back in 2002, the Matador was unstocked as TNC settled into management.

They were sitting on a substantial stockpile of desperately needed forage.

TNC was then also actively encouraging ranchers to implement their suggested conservation practices.

“A lot of cattle were leaving the country,” Veseth recalls. “I approached the manager and told her it would buy a lot of goodwill in the community if they could help ranchers maintain their cow herds through very trying times by leasing out some grass.” 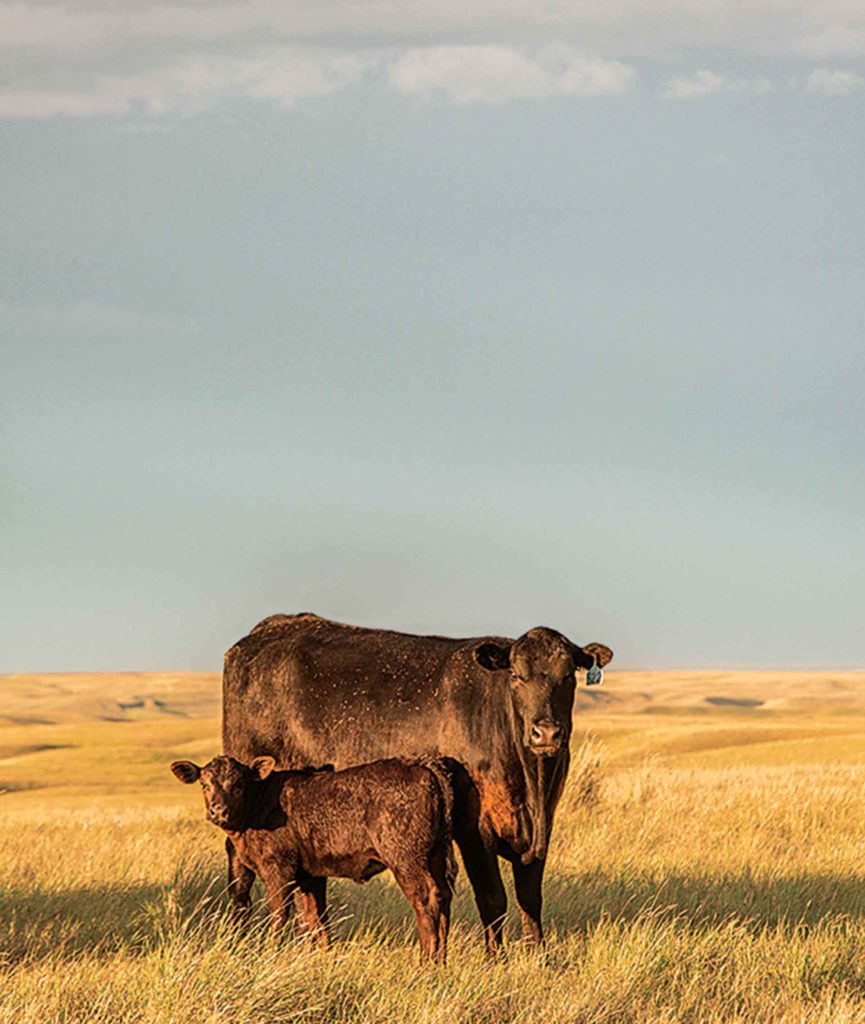 Cattle from 19 ranch families are commingled. Grazing is managed to benefit a wide variety of species.

The Deal. Fifteen years in, the Matador Grass Bank has settled into a model that seems to work.  Most ranchers are long-term members. New, like-minded ranchers join the collaboration as others leave or
reduce herd numbers for varying reasons.

1. The member may not break up any native prairie on their ranch.

TNC works with ranchers on a plan or accepts plans formed with NRCS, Ranching For Profit or similar programs.

They may opt to not control prairie dogs during burrowing owl nesting season (mid-June-July). Or maybe identify sage grouse leks and mark nearby fencing or install wildlife-friendly fencing.

“Members will approach us with their own conservation ideas. We’ve also worked with several to help capture outside funding for projects,” Martin says.

These meetings have brought about a number of agreed-upon requirements, such as all members attending low-stress cattle handling training.

Young Ranchers. One of those grass bank meeting conversations turned to the challenges facing young producers trying to break into the industry.

Long-term members, including Veseth, expressed they would reduce their herd number if TNC would find a way to allow young producers, usually landless, to have access to the program.

This request was significant, considering the currency used to get into the program allows TNC to expand acres under their influence. But TNC recognized the potential for a good investment.

“The members said, ‘The grass bank is good for us, but we need to build up young ranchers, too. We have to have people to transition our own and other community ranches to,’” Martin says.

In 2012, TNC allocated up to 10 percent of the grass bank’s animal grazing capacity for young, conservation-minded ranchers. Ted and Katie Brown were among five young families to make the cut. Ted and Katie were both from ranch families, purchasing their first cattle as children. They built a herd as they built their family. They ran cattle on some leased ground and a bit with their parents, but they were limited.

A five-year lease with the grass bank changed that. They were able to start keeping their heifers, triple their herd size, and recently bought their first piece of land.

“It’s been great having these working partnerships. There’s a wide range of ages in the grass bank, and we can learn something from each individual,” Katie says. “We’ve made lifelong friendships.”

“It’s brought the community closer together because we have common goals,” Veseth adds. 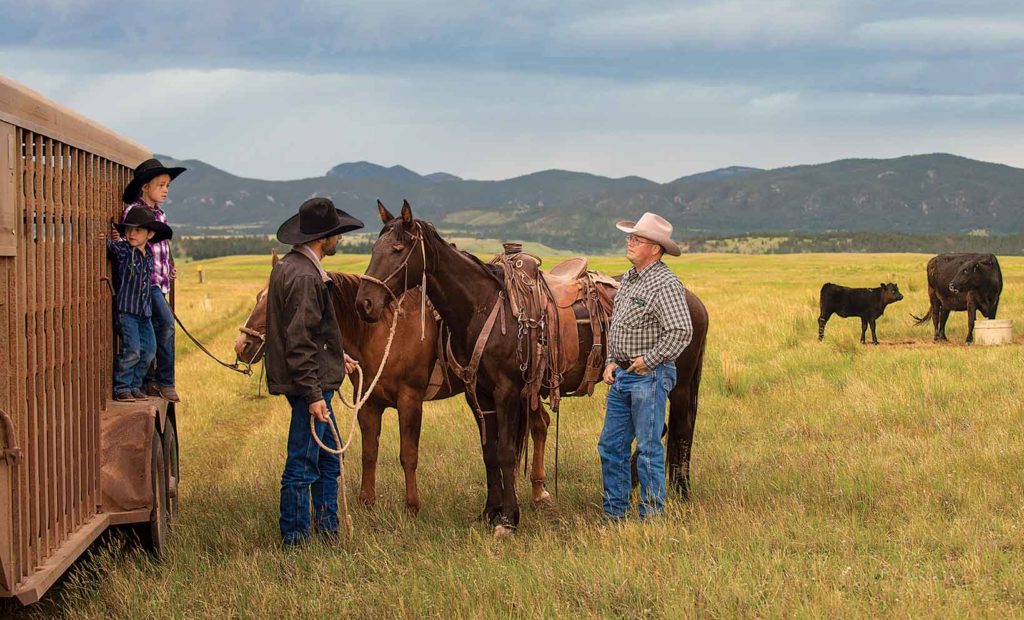 Beginning rancher Ted Brown (L) visits with Matador Ranch manager Charlie Messerly after checking his cattle. The young rancher program has allowed his family to triple their herd and purchase their first piece of land.

That’s good for the region’s ranching families and TNC. “A key part of this system is working with people who want to work with you,” Martin says. “There must be a willingness to have a conversation. We may not agree on everything, but we find what we do agree on and build from there.”

Their influence often extends beyond the contractual obligation.

Veseth has enacted many more conservation strategies beyond what is required. He’s taken full advantage of the range management and other scientific-based training offered through grass bank membership.

Veseth now only actively grazes five to 10 percent of his acres. He has 82 pastures and moved cows 171 times in 2018.

“By working on our rotations and using information from range and riparian management schools, we now have more grass when we leave a pasture than we used to at turnout,” Veseth says.

His ranch is now more resilient to drought, and he’s seen plant and wildlife diversity increase.

“A key element to our success is we are a science-based organization. We recognize peer-reviewed research that clearly shows livestock grazing is compatible with wildlife habitat management. Livestock can be used as a tool, so that’s how we are using them,” Martin says.

Influence works both ways. Veseth spent two terms on the Montana TNC board. He found it highly rewarding to collaborate with and educate high-level CEOs from diverse walks of life about conservation and ag. Mostly, about how well they fit.

“I consider myself both a conservationist and a rancher, because I think they’re the same thing,” Veseth says.