About 10 years ago, two families moved independently to greener pastures from Minnesota’s Twin Cities. Both wanted to raise chickens and enjoy country life, a more significant challenge than they expected, until they met each other.

“I was super idealistic. I just wanted the best chicken,” says Jack McCann, remembering how naïve he was when he left his desk job for farm work.

McCann quickly learned raising heritage-breed chickens is not a hobby but rather a lot of work with little reward. “I realized you get half the meat from the red birds as you do the white ones. And from an environmental perspective, you could argue those white ones are better,” he says.

He started asking himself how he could raise the white Cornish Cross birds to his standards. He didn’t want to be stuck between hobby and productive chicken raising forever.

“That in-between stage was painful,” he says with a shudder.

The second family, Ian Rhoades and his wife Elizabeth O’Sullivan, had also started raising pasture-based, organic chickens. They also struggled to navigate the steep learning curve of being new farmers. “Long time farmers just have a feel for so many things. And if you don’t grow up doing it, you don’t have that underlying sensibility,” says Rhoades. 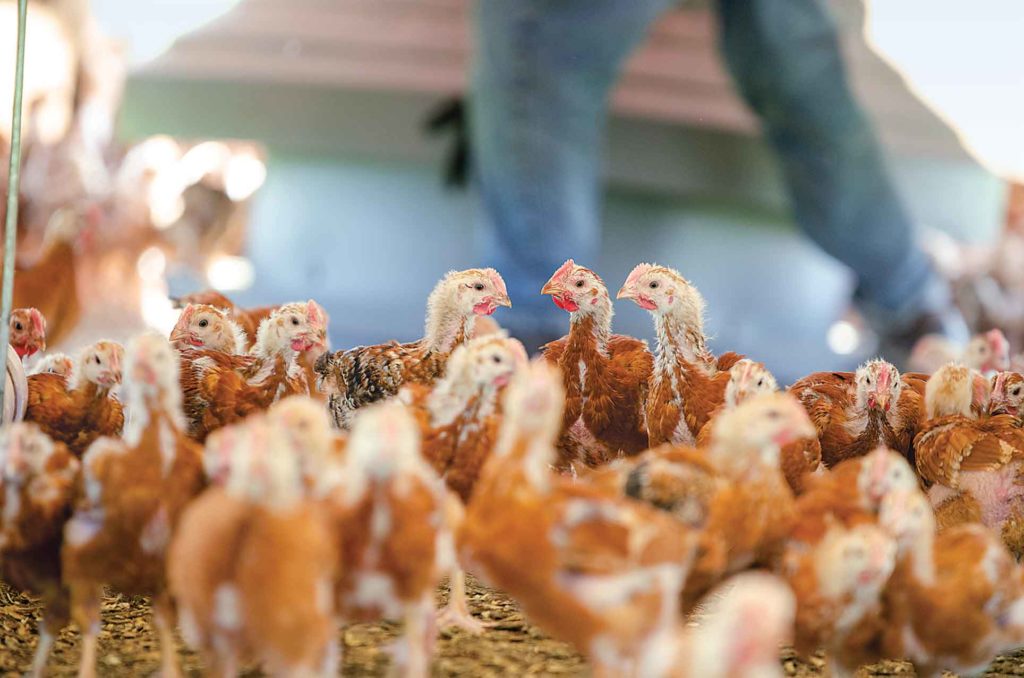 He found a mentor-farmer named Chuck during a random Craigslist purchase, and called him 10 to 15 times a day in the beginning. “People say you can’t farm unless you grew up farming; but we couldn’t have done it without Chuck.”

Then, a chance meeting of the two rural-seeking families developed when O’Sullivan found McCann’s website. Curious how he raised laying hens, she called him.

By this point McCann had formed TC Farm, an aggregate of like-minded farmers, to gain marketing power. He contracts their animals, handles processing and marketing and distributes the meat directly to customers.

“At first we did everything ourselves. Then piece-by-piece, we found a butcher we were really comfortable with, and then we had them take over the slaughter business. Now I am the food broker and basically, have gone back to just having a computer job,” says McCann, this time with contentment.

Rhoades and O’Sullivan are one of the 12 farms producing for TC Farm. They had been selling at local farmers markets, but this arrangement gives them a broader and more reliable market. 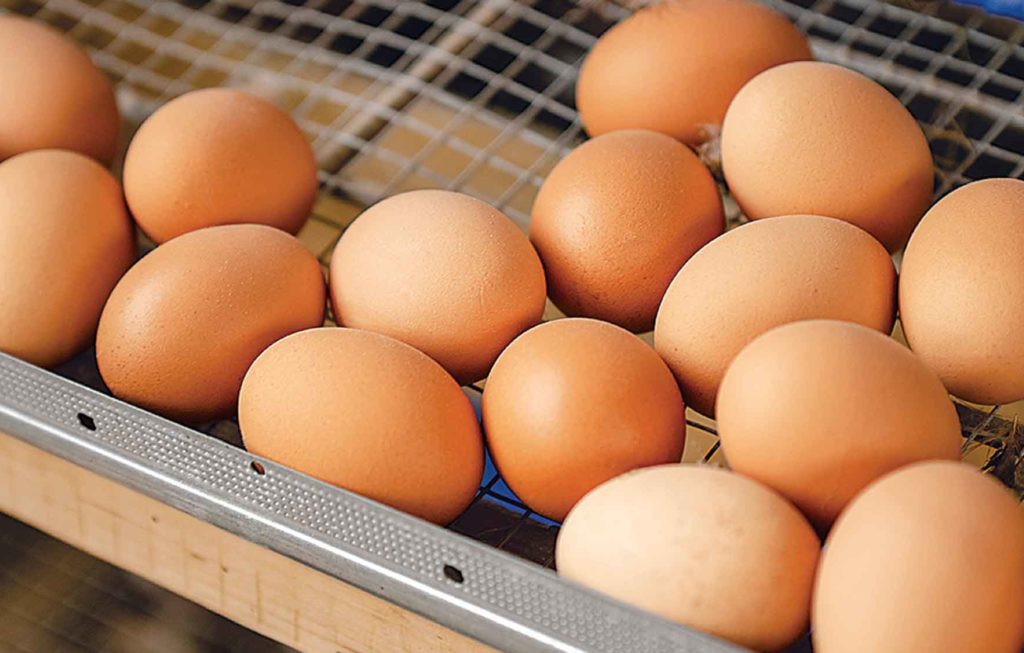 Rhoades and O’Sullivan have produced eggs for TC Farm for five years.

They came on board initially to raise all the company’s eggs, while still selling their meat through their original channels. Then in 2018, they also started raising a Cornish Cross flock using a different method, similar to what McCann was originally seeking.

“Traditionally these birds reach market weight in 6 to 8 weeks, but we have slowed down the process to 11 weeks,” O’Sullivan says, comparing their practices to larger growers. “The slower they grow, the more flavor they get.”

TC Farm now sells to about 700 families across southern Minnesota through a direct-to-consumer model. Customers simply subscribe online, set their budget and choose which meat cuts they want delivered in a box each month.