Laci Lauer of West Union, Iowa, isn’t a typical small town seventh-grader. Rather than spend her summer swimming, she enjoys digging for worms and discussing how cover crops build soil. Her soil passion began as
a nine-year-old upon attending a field day with her unique 4-H club. Now, Laci knows what she wants to be when she grows up: a soil scientist.

“Ever since I heard Jill Clapperton speak [a soil-health consultant from Florence, Mont.], I’ve been interested in it,” says Laci. “I had never really learned about soil before. And then the night of the field day we did these experiments with it, and I’m like: Wow! Soil is really cool!” Recalling the memory brings the biggest smile to her face.

Laci attended the 2016 field day with her Growing Greener Greenhouse 4-H club, which is a special interest club. Project-based clubs are popular around the country, but most center on three other interests: livestock, sewing, or shooting sports.

Fayette County has all of those subjects among their 20-plus groups, but they believe this is the only club of its kind focused on soil science.

“This is a unique club,” says Michele Kelly, Fayette County youth coordinator. “I get calls from all over the state asking how we are doing it. I say I have great volunteers.”

The idea was seeded in 2015 when Kassi Steinlage was in high school. She and other members of their 4-H County Council were charged with developing individual leadership projects.

“Mom, Dad, and I came up with the idea because we needed to do something with the greenhouse,” says Kassi. “We love growing our starter plants, and I thought it would be cool to teach younger 4-Hers about soil being alive and all that goes with it.” 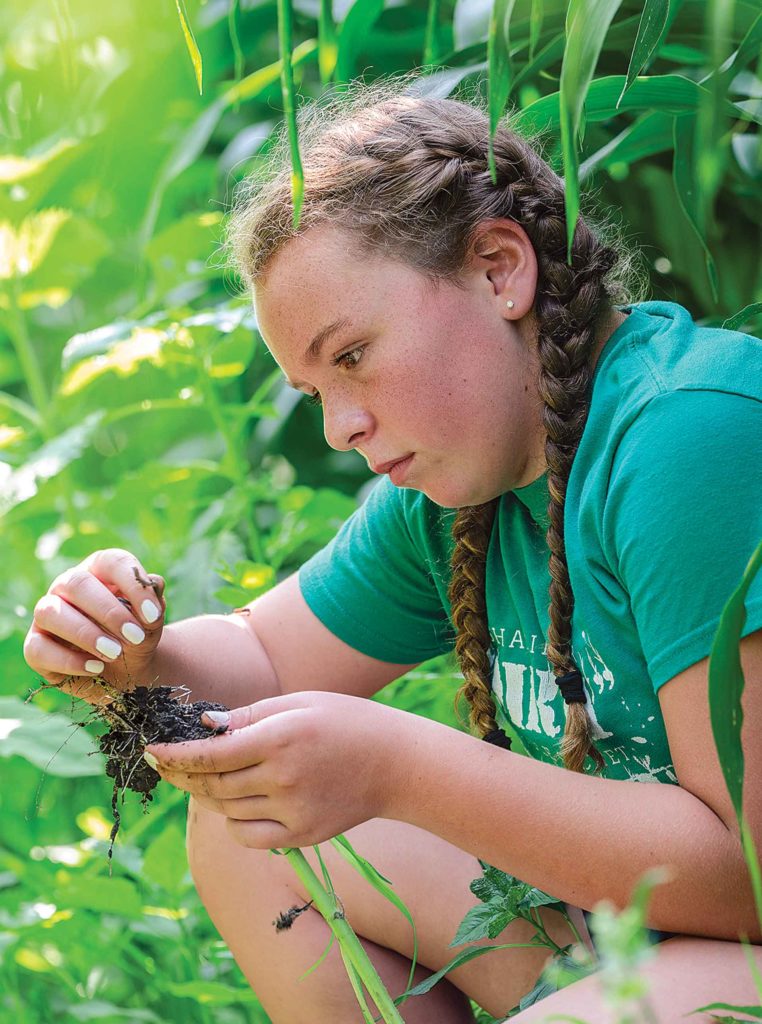 Kassi’s parents’, Loran and Brenda Steinlage, had leased out a large greenhouse on their farm for the previous five years, but the tenant had not renewed the lease. Discussions with the county 4-H staff and other community leaders gave Kassi confidence in her idea. They suggested forming a club to cover some of the risks
of kids working in a greenhouse.

“Forming a new club is hard. I wasn’t sure we would have a minimum of five kids interested in the same topic. Yeah, they proved me wrong,” says Michele.

Kassi was not old enough at the time to be the club’s leader, so she enlisted her parents.

A few years before this, Steinlages’ son became very ill, and Loran quickly realized he couldn’t take the future of his family’s farm for granted.

“That’s when I decided I’m just going to start sharing what we’re doing. I’m not selfish. I’m not going to take it to the grave. I might as well help teach others,” Loran says about the advanced soil conservation efforts he puts into their row-crop ground.

The club functions as a traditional 4-H club using parliamentary procedure, and club members give talks and demonstrations during the monthly meetings. Brenda says, “After that, we follow the kids’ lead on what they want to learn.” 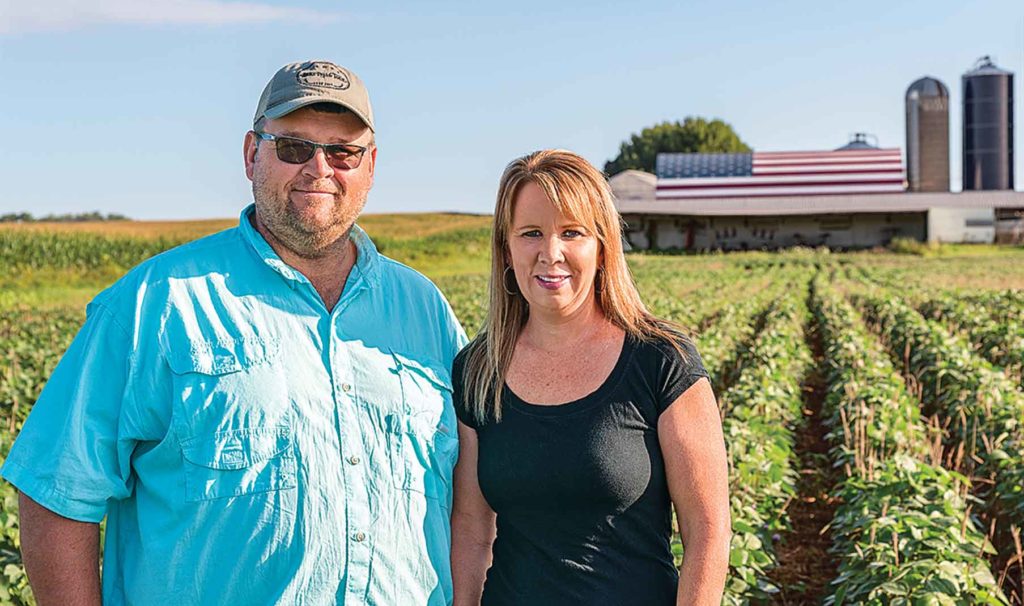 The first year they grew all the tomatoes for the fairground’s cafe.

“We were doing that again the second year, but on one of those hundred-degree days, the greenhouse lid didn’t open. It fried everything a week before the fair,” says club vice president Ayla Moss.

The Steinlages have hosted a field day every year since starting the club. All members have a big part in it, using the rainfall simulator to compare erodible and healthy soil, along with other demonstrations. Members also multi-task during their club’s turn to monitor the project building by teaching other fair-goers about soil.

“We make dirt cups with pudding, Oreos, and gummy worms to teach kids about the different layers of soil,” Laci says. “We like to do that kind of stuff.”