Corn and soybeans are grudgingly making room for wheat in the crop rotation on more Corn Belt farms. The crop gives innovative growers a midsummer opportunity to enhance income, reduce input costs, boost soil health, and accomplish other sustainability goals. University of Nebraska extension educator Nathan Mueller emphasizes those benefits to farmers in eastern Nebraska, where most have only a distant memory of growing the crop. Four years ago he  launched a Winter Wheat Works Initiative to spread his message.

“We’ve worked extensively with a group of farmers in five counties to demonstrate how wheat can pay its way in corn and soybean rotations. Genetic advancements have made wheat yields upwards of 140 bushels per acre possible, but it’s not yield alone that makes winter wheat profitable. There’s often a favorable basis in the market in eastern Nebraska as well as a strong local market for straw. Other benefits include the opportunity to plant late summer forage crops, incorporate cover crops, apply manure, and reduced soil erosion and nutrient loss in the high-risk spring months.”

Farmers agree. The group of growers that Mueller works with finds that wheat lives up to those merits. “The mindset of most growers is that wheat makes 50 to 60 bushels per acre. But if you manage it like corn and soybeans it can make over 100 bushels per acre, and that doesn’t pencil out too bad,” says Pender, Nebraska, farmer Randy Rink. 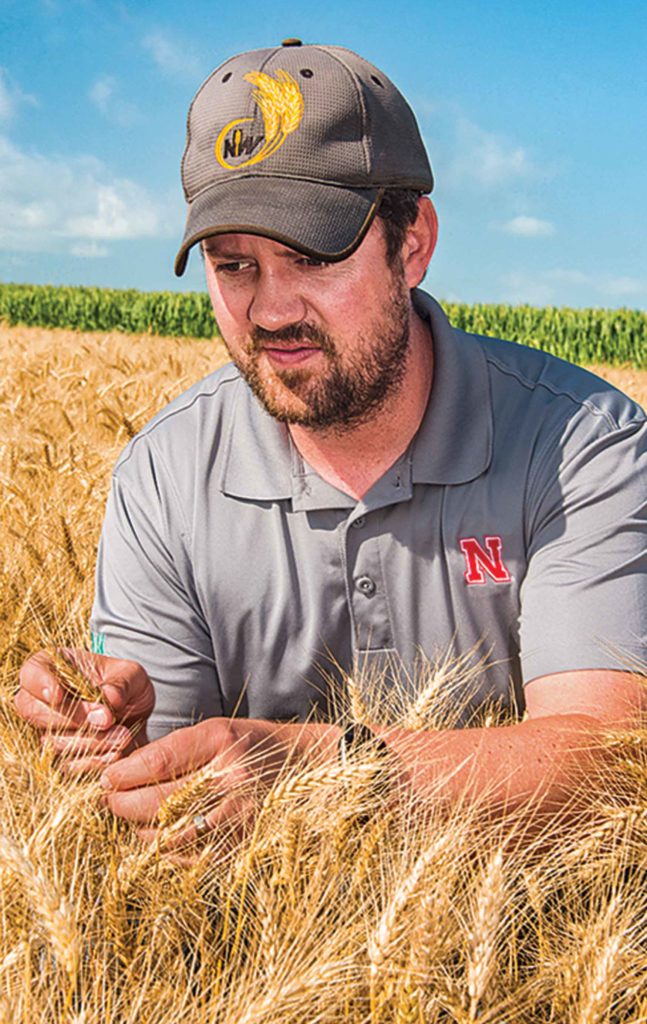 “Our crop rotation includes wheat every fifth year, and we want to have some wheat stubble available every year as a place to spread manure. It’s cheap fertilizer, and the feedlots near me are always looking for a place to haul in midsummer,” he says.

Rink uses the wheat year to grow a cover crop since there’s more time to maximize the soil health benefits. “Frankly, learning more about growing wheat has made me a better corn grower,” he adds.

It’s not easy adding crops to a traditional corn/soybean rotation, so you need a systems approach. “Our crop
diversity helps in a lot of ways, including keeping weeds like Palmer amaranth in check,” he adds.

July wheat harvest provides a great opportunity to establish cover crops for grazing, a key benefit for Herman, Nebraska, farmer Greg Hoegermeyer. “We apply manure on the stubble and then plant a cover crop to graze in the fall. We like a lot of radishes in our cover crop mix because the cattle love them, and the tubers leave holes in the ground that take in rainfall, yet the soil dries quicker in the spring. It leaves a great seedbed for planting,” he says.

Mueller says farmers are finding that the potential income from baling wheat straw is another reason to grow the crop. “Because wheat acres are limited, we have a strong local market for straw—primarily as bedding for dairy, beef and hog producers.”

Straw sells for $80 to $140 per ton, and you can typically get two tons per acre depending on how low you cut
the wheat. The baling, loading and hauling can cost $60 to $80 per acre,  which means you can walk away with over $100 per acre in profit, he adds. 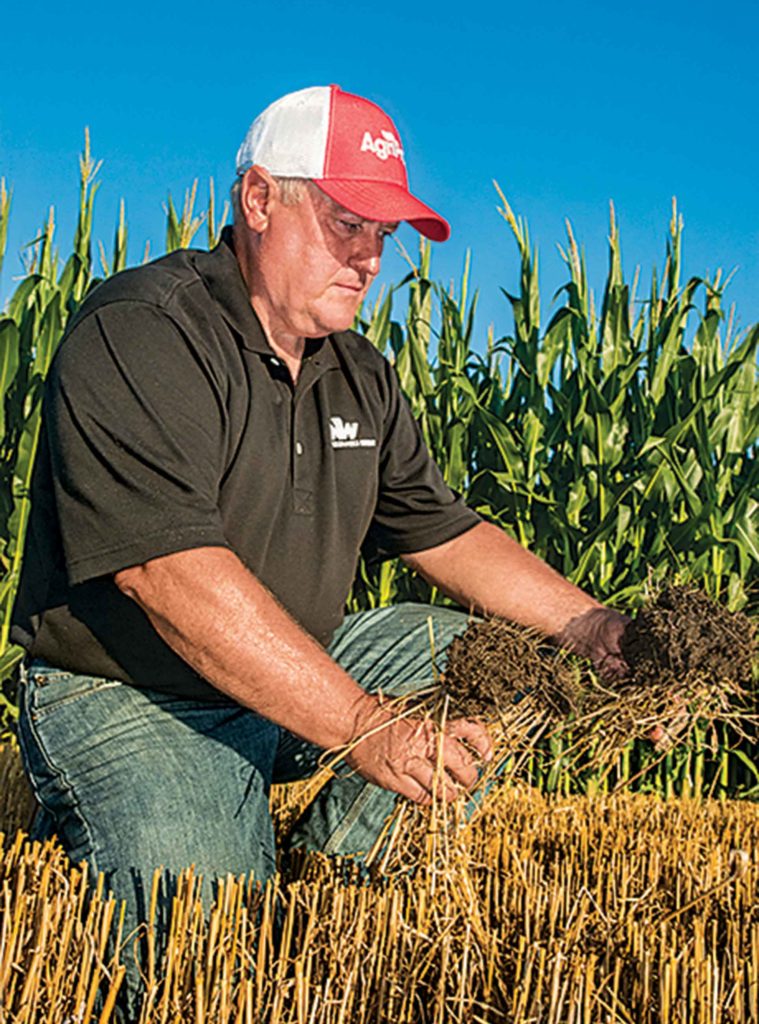 Mark Knobel grows wheat as part of a three-year rotation to provide residue that protects the soil and improves structure and health.

Pointers on production. Mueller says variety selection, planting date, and disease control are the major management factors that impact successful wheat production in his area. Test plot results showed variety selection was critical, with an 18 bu/acre difference in yield between varieties. The use of a fungicide application at the flag leaf stage delivered a 16 bu/acre benefit.

Planting date is the third critical factor, and it’s closely tied to the progress of soybean harvest, Mueller believes.

Get more information on Winter Wheat Works at croptechcafe.org/winterwheat.