The mobile business trend that began in 2011 in Los Angeles—think food truck but for fashion and more—has rolled into the Midwest. Small town and rural entrepreneurs are now driving to find new customers.

For Paige Ehnle of No Roots Boots, this venture is a way to live 15 minutes from the closest small town in central Illinois and still work in high fashion.

After college, she put her agricultural degree to use in an expected job for a farmer’s daughter—seed sales. But it wasn’t for her. Ehnle dreamt of one day having her own store, after working in a western boot shop in college.

“I thought it was something I would do at 30 or 40, for sure,” she says, pleased that a different path opened up when her sister suggested not to wait.

The thought: combine her passion for boots, connecting with people, and love of vintage Airstreams into a business. 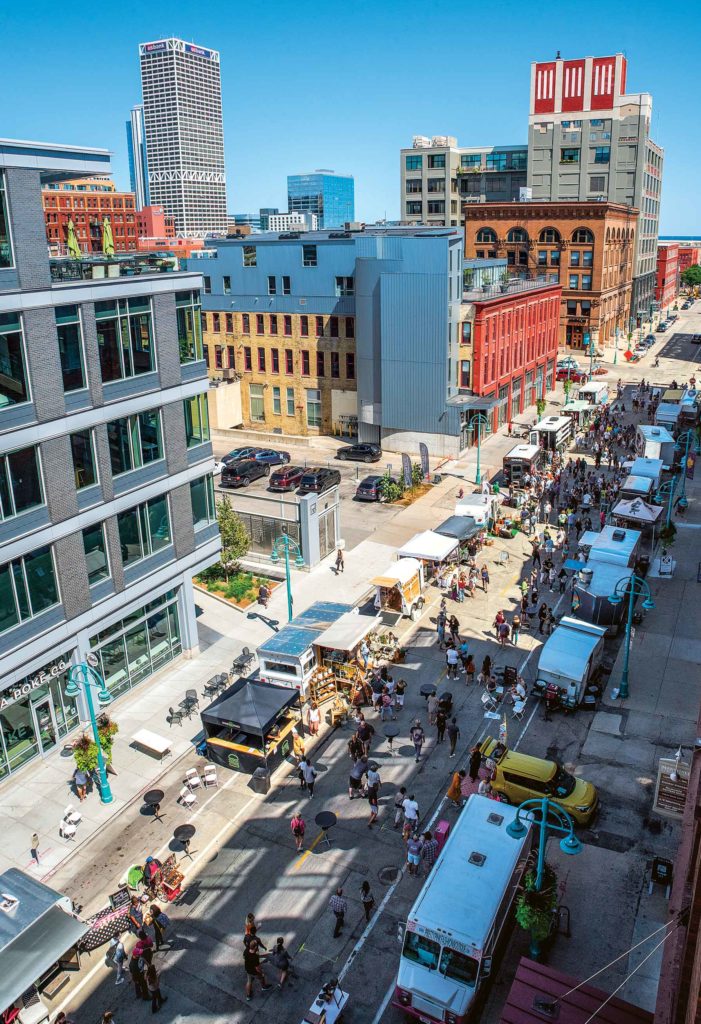 About 20 businesses lined Milwaukee’s Buffalo Street on a summer Saturday to sell goods out of campers and delivery trucks remodeled into trendy shops.

About the time mobile boutiques started to play in Peoria, Ill., the concept of a traveling business made sense to them. Being digitally and physically mobile helped Paige defy the trend that young adults need to live in larger city to obtain good jobs.

Instead, traveling stores offer a way to stay close to the farm and run a successful, fulfilling business.

“If I were to open a boot shop in Peoria County now, it wouldn’t work,” says Ehnle. She knows her target customer is not her neighbor.

“But the fact that I can use social media to market my business across the country, as well as take my boots on the road to my target customer, will make this business work.”

So in 2017, Ehnle bought a trailer and has been selling unique, high-quality boots at livestock shows, county fairs, craft markets, and other events around the Midwest ever since.

“The success of No Roots Boots is the story of a 23-year-old who bought an Airstream and followed her passion, despite some friends and family thinking she was nuts,” Ehnle says proudly. “But really, this business was placed on my heart. This is where I found my fit and how I can best serve people.” 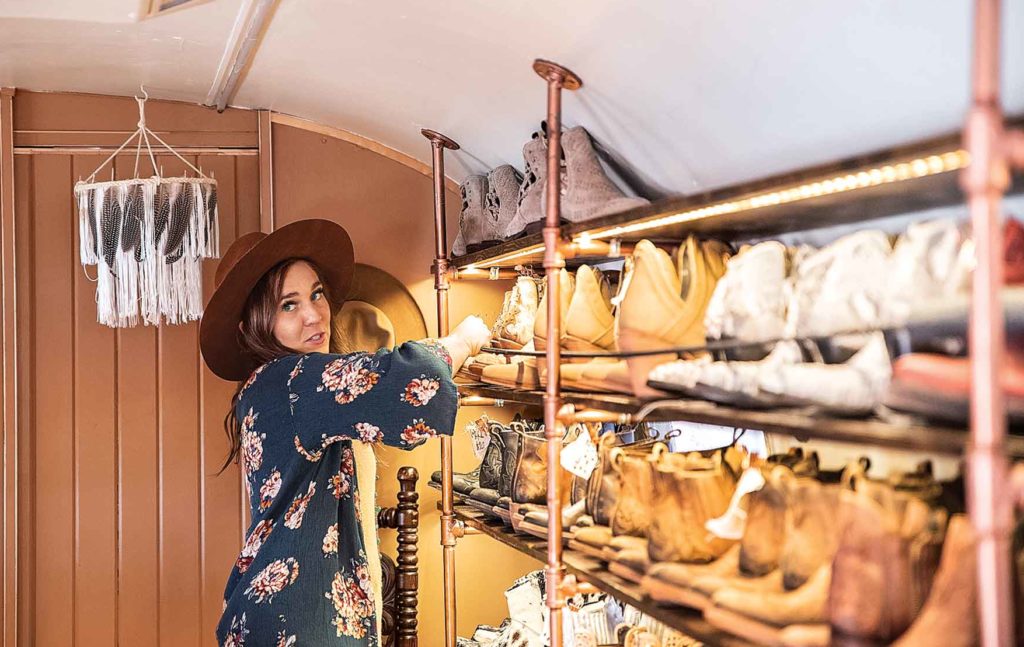 Paige Ehnle, of No Roots Boots, traveled three and a half hours to sell up-scale boots from her Airstream trailer.

Putting it in drive. While mobile businesses have been around for almost a decade, they are still fairly unique. In 2017, when No Roots Boots hit the road, there were only 1,000 truck- or trailer-based retail businesses in the U.S., according to the American Mobile Retail Association.

ReKindled & Co., a vintage Winnebago-based business from central Wisconsin, also began in 2017. Owner Heidi LeHew quit her corporate job in 2012 to be home with her kids, but couldn’t sit still.

“I started a small business like everybody else. Made cool stuff that I sold out of a white tent at events, but I was no different than anybody else,” LeHew says. “Then, I bought a Winnebago, and it turns out that it makes you very different.” She chose the Winnebago Brave model. “There is something about this model and time period that was very intentional. And I feel the same about mobile small businesses,” she says.

Storefronts on wheels are hard to miss. They draw people in differently than traditional brick-and-mortar or online-only retail stores. Customers enjoy the unique shopping experience as much as business owners love the freedom and flexibility of being mobile. 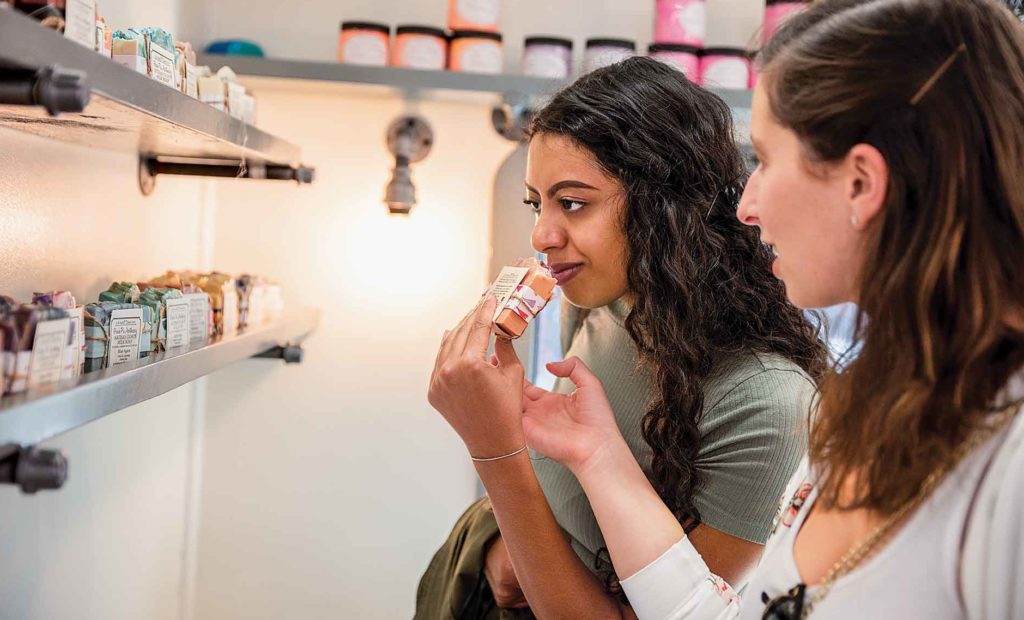 “I love little shops like this. You can find things you can’t find anywhere else,” says Sanjana Segu of Chicago, who was perusing handmade soaps in Gracie Pie Apothecary’s camper-turned-store.

All three of these retailers were open for business along a street in Milwaukee’s trendy Third Ward neighborhood. The occasion was Mobile Boutique Market, the first mobile-only market in 2019, hosted by re:Craft and Relic, an event business that
hosts indoor craft fairs in Milwaukee. The organizer, Josh Glidden, estimated a few thousand people shopped the mobile stores on that Saturday in August.

These rural towns have renewed their appeal.