The canaries are falling silent.

Conditions on the 100-year-old water systems that serve as the backbone for Western agriculture are no longer threatening to fail. They are failing.

Dams have given way, spillways crumbled, tunnels collapsed, and ditches have leaked away millions upon millions of gallons of water.

He fears it’s just a matter of time before the St. Mary Supply System and the Milk River Project are added to the list of catastrophic failures. This “Hi-Line” supplies water to the northern tier of central Montana.

For 17 years, the irrigator and Phillips County Extension agent has sought solutions. Huge price tags for fixes, navigating legislation and bureaucracy, and jurisdiction for the project have stymied any potential progress.

“We need $150 to $200 million in work to bring us up to the 21st century. Right now, we’re working with something you’d find in a third-world country,” he says.

The system includes seven dams and diversion structures, massive 8-foot siphon tubes that shoot water across the St. Mary valley, and five drops to dissipate water energy along 29 miles of canal. All points are in desperate need of repair.

“We’re in an emergency state for infrastructure,” says Jennifer Patrick, Milk River Joint Board of Control project manager. “We’re just jumping to the next fire. We’re not acting proactively.” And that’s worrisome.

Sudden failure. Rob Posten, Goshen Irrigation District manager, dealt with such a fire when one of their main tunnels collapsed. Water flow to 110,000 acres of Wyoming and Nebraska crops was abruptly stopped from July 17 to August 28, 2019.

“Some crops were completely lost, many were at 50% loss or more. That impacts farm income and rolls downhill,” Posten says. The University of Wyoming estimated an $89 million economic hit for the community.

The district got a loan from the Bureau of Reclamation and pulled money from other resources. They spent $2 million for a temporary patch.

Oregon way. Oregon has been a hotbed for irrigation strife. Klamath should ring some bells. Despite struggles, the region’s farmers are blazing the path to a better future for irrigation. They’re not just seeking repair. They’re modernizing.

“There have not been a lot of dollars invested overall in modernization, yet it’s a win, win win,” says Julie Davies O’Shea, co-founder and executive director of Farmers Conservation Alliance (FCA). This Oregon nonprofit aims to usher in the next generation water infrastructure.

Instead of just fixing aging water systems, FCA helps their partners look at the whole system and think big. If replacing an open canal with pressurized pipe, why not lay fiber optics or put in hydropower generators, too? These ideas help tackle the big problem—money.

Winning. Marc Thalacker, a central Oregon farmer, Three Sisters Irrigation District manager and FCA irrigation advisor, has been through the irrigation wringer. He’s nearing the end of a 23-year push to modernization. 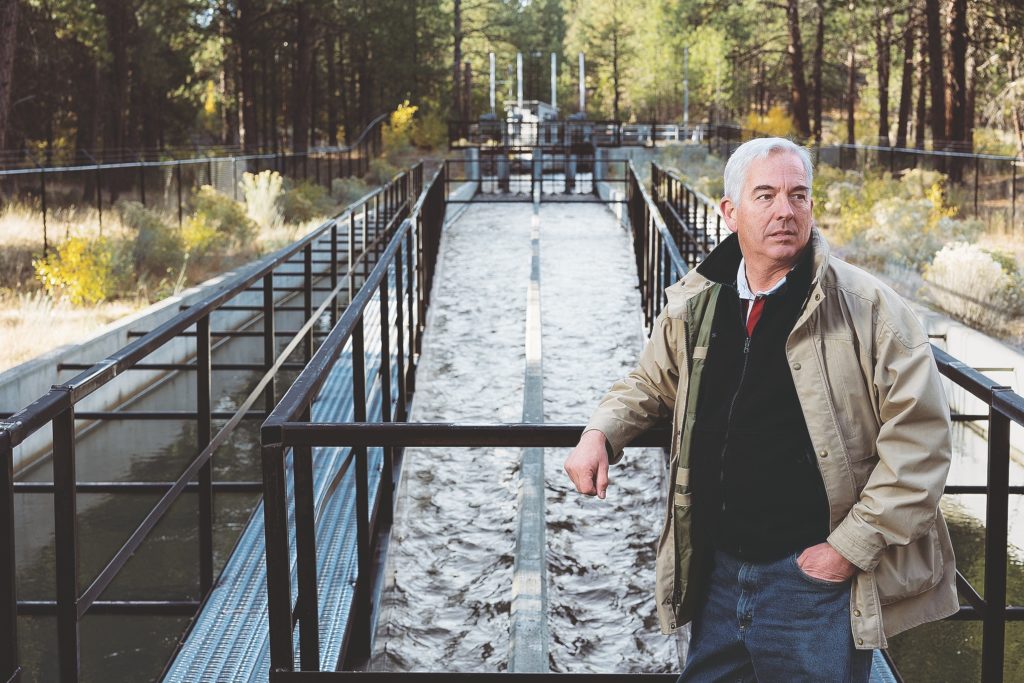 Central Oregon farmer, Marc Thalacker, stands in front of the Whychus Creek Farmers Screen, part of the irrigation modernization of his district. Photo by Aaron Hewitt.

“When I took over as manager, they were about to reintroduce steelhead and sockeye salmon. The farmers who had dried the creek for the last 100 years were in a situation that was about to get ugly,” he says, touching on a contentious water battlefront.

He worked with farmers using EQIP funds to move them from flood to pressurized systems, reducing water usage. As he shifted attention to modernizing the supply, he got strong pushback. The lawsuits poured in.

He started work with willing farmers. As gravity-pressurized pipes replaced canals, farmers eliminated pumps. “For a 200-acre farm, that’s about a $25,000 per year savings,” he says.

And there was more water. The old system lost about 55% of the water due to seepage. “We diverted a cup of water and lost half. With the pipe, we diverted just 3/4 of a cup, but delivered all of it,” Thalacker says. 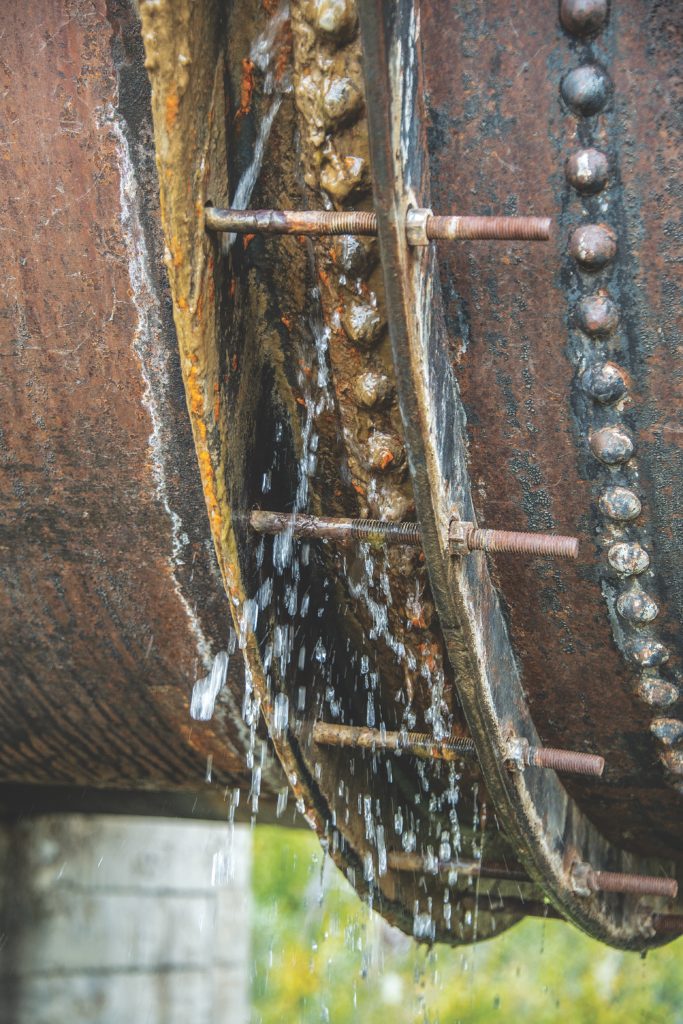 “My farmers are spending millions in the local economy with their savings,” he says. The government is spending more, too. The 2018 Farm Bill increased conservation spending by $2 billion and doubled EQIP program funding, Thalack says, both areas for potential funding. “You need to develop a system implementation and a watershed plan. Once you have a good story to tell, get it down on paper and start applying for money in phases.”

A helping hand. FCA was formed to market an improved fish screen, created by Farmers Irrigation District, Hood River, Oregon. They addressed barriers to help sell Farmers Screens, then invested profits to improve other water systems.
“We ran into permitting barriers, project planning, and so much more, and we were just one piece of the project. These farmers were super sophisticated, but needed help,” O’Shea says. So, the FCA shifted focus.

They now work with districts to showcase need, secure funding, sequence projects, leverage assets, look to the future and, generally, get things done.

The story is critical. “You have to build a value proposition. We need people to understand irrigation modernization isn’t only for ag security; it’s one of the greatest environmental projects. Both sides win,” she says.

Time is dripping away for the St. Mary Group. They hope their story is soon heard.

Beautiful landscapes get their start under Metrolina’s 170 acres of heated greenhouses.