The CropSafe Network (www.cropsafenetwork.com) was launched last year by a joint team of precision ag experts from two Midwestern companies—Heartland Soil Services of Cunningham, Kansas, and Record Harvest of Nevada, Missouri. The system uses automated, internet-enabled camera traps that use an onboard computer and deep learning algorithms to count and identify targeted pests and then report their numbers and population dynamics to users in near-real-time.

“The major benefit of CropSafe over other pest monitoring approaches is that we’ve laid out a strategically designed network of camera traps that give a clear picture of the threat from invasive insects,” says Matt Westerhaus, western territory operations officer with CropSafe. “Other reporting networks typically use randomly spaced traps that aren’t in the same location year after year, so their data is less reliable.”

Strategic network. CropSafe traps are spaced 25 miles apart in a grid pattern on 100-square foot parcels of land that are under a five-year lease from cooperators. Every morning, cameras take a picture of insects caught on a pheromone-baited sticky card. A cellular transmitter streams findings to the internet cloud from where results for a specific camera and a regional analysis of insect ‘pressure zones’ are reported, as shown in the map below.

“It’s like a Doppler weather radar forecast of insect infestation, and it gives a 12- to 15-day heads-up of approaching pest problems,” says Landon Oldham, business officer with the CropSafe Network. 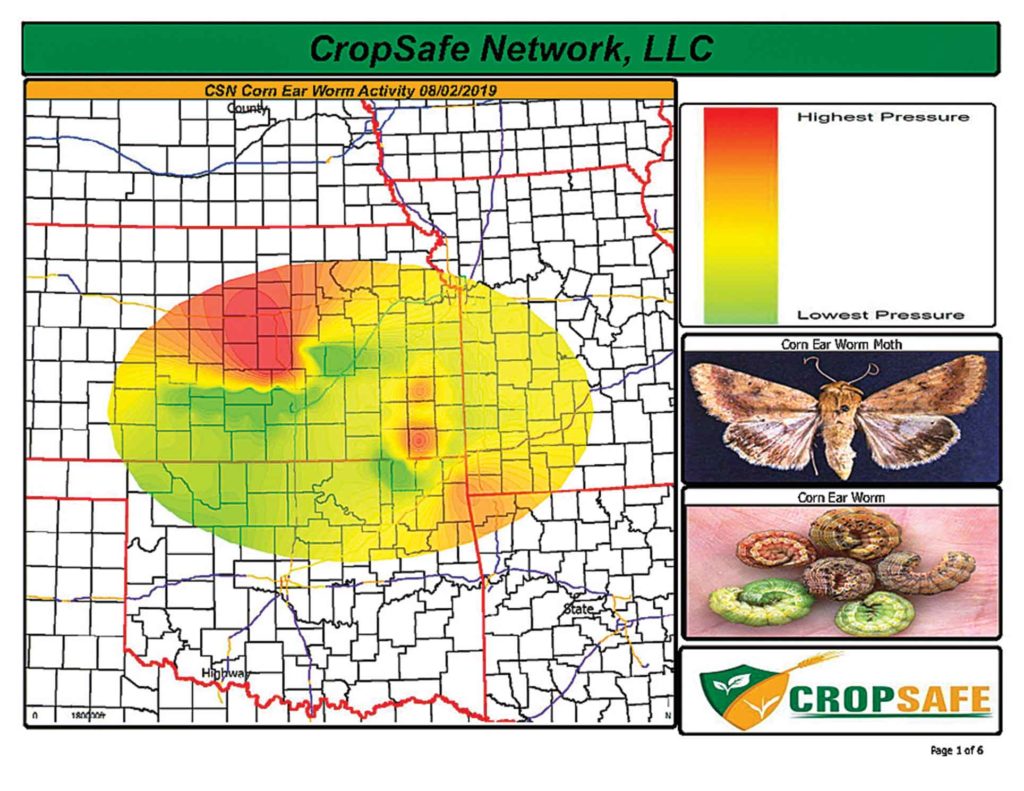 Last season, users received maps like the one above that identified ‘pressure zones’ for corn earworms. The network also monitored armyworm species.

CropSafe uses DTN Smart Traps in their network. “Last season was our first, and we had 78 traps deployed that covered 40,000 square miles in Kansas, Missouri, and Oklahoma. Our future goal is to cover the entire Midwest and from central Texas into Canada­, which will require a total of 1,452 camera traps,” says Westerhaus.

He adds that traps were serviced at roughly a two-week interval to change sticky cards and pheromones. Last season, the network started out monitoring true armyworms, then switched to corn earworms and finally to fall armyworms. The network’s software will identify more than 60 insect species.

The CropSafe network charges a subscription rate that also includes access to monthly webinars with leading agricultural experts and other educational materials. Pending negotiations with potential partners will likely impact this year’s price. 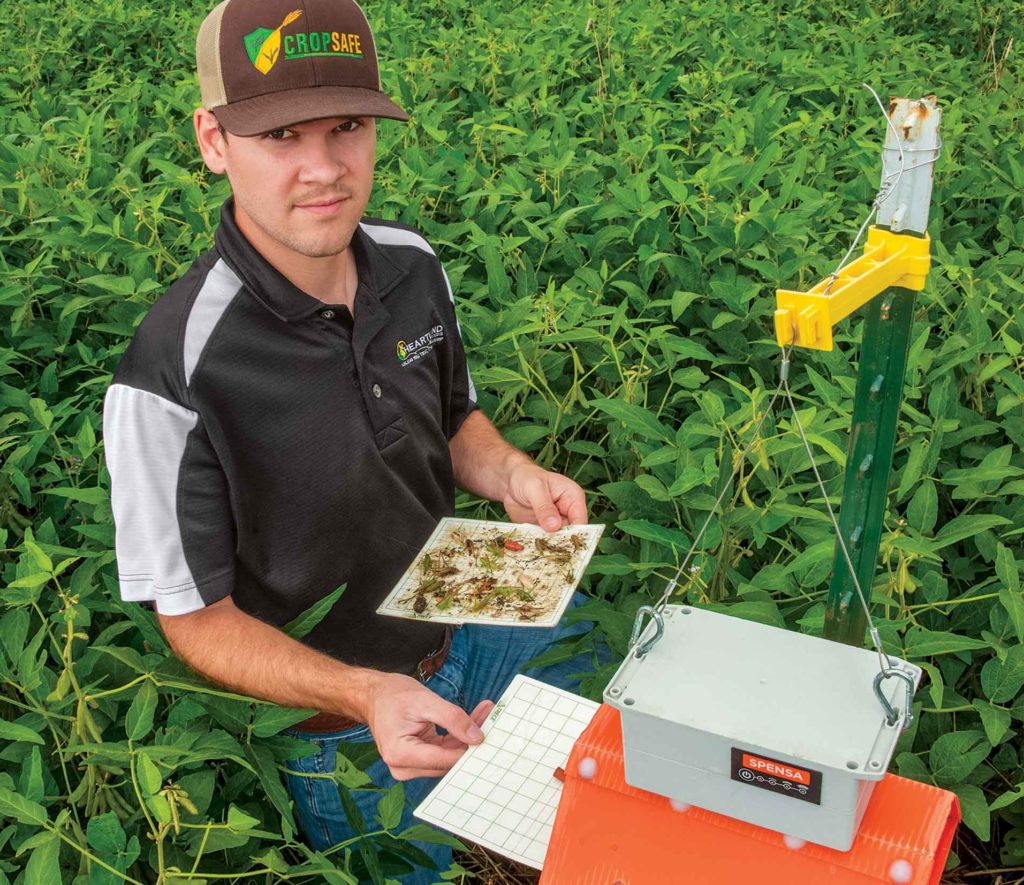 Jeff Vick, CropSafe’s eastern operations officer, says the network will ultimately do more than monitor insects. “With the growth of precision agriculture, the demand for reliable ag data has never been greater. CropSafe is a foundation for the collection of large scale, reliable, and repeatable data from a host of remote sensors, including weather stations, UV monitors, soil moisture probes, soil temperature gauges, and more.”

Existing networks. While automated smart traps are new, sticky cards and pheromones have been used for decades. University of Missouri entomologist Kevin Rice knows their value in monitoring insect populations. He continues to improve the performance of the state’s extension service alert network.

“We’re standardizing the traps used in each county and meet with growers and county agents to place traps in more strategic locations. We’re also asking county agents to check the traps once a week and report the findings so we can push out alerts to growers,” says Rice.

A Man of All Seasons