Cattle that rattle the squeeze chute may be more efficient at turning feed into muscle. Research by Eric Vanzant at the University of Kentucky can help cattle feeders identify the behaviors that correlate with better feed efficiency. It is also hinting that the gut microbiome of each animal could be the key variable in both behavior in the chute and performance at the feed bunk.

Vanzant’s studies have been full of surprises, starting with a change in the definition of “temperamental” in cattle.

That’s important because it separates two chute-related behavioral factors that animal scientists have lumped together for years when eyeballing cattle to assess their temperament subjectively.

He installed a computer-linked load cell to measure animals’ movement in the chute, and electric eyes to record exit velocity. Vanzant learned that cattle stirring and jostling in the chute did not necessarily make a hasty departure.

“When we looked at correlations between chute shakers and exit scores, they don’t correlate,” Vanzant points out.

More gain. Vanzant and others find that cattle leaving the shoot more rapidly don’t gain weight as well. The cause appears to be in part because they eat less feed and because they don’t convert feed into beef as efficiently. Another surprise from the University of Kentucky studies is that cattle with different chute scores respond differently to the ionophore antibiotic monensin.

Vanzant suspects that the differences tie to gut bacteria.

“One of the really interesting things about this is some pretty convincing research in rats and mice and humans that our gut microbiome is really in charge of everything,” he says.

“The idea that this ruminal or gut microbial population could be closely in tune with the physiology of the animal is not far-fetched.”

For instance, researchers at USDA’s Meat Animal Research Center in Clay Center, Nebraska, determined that differences in the relative abundance of certain rumen bacteria in cattle correlated with the animals’ feed efficiency. 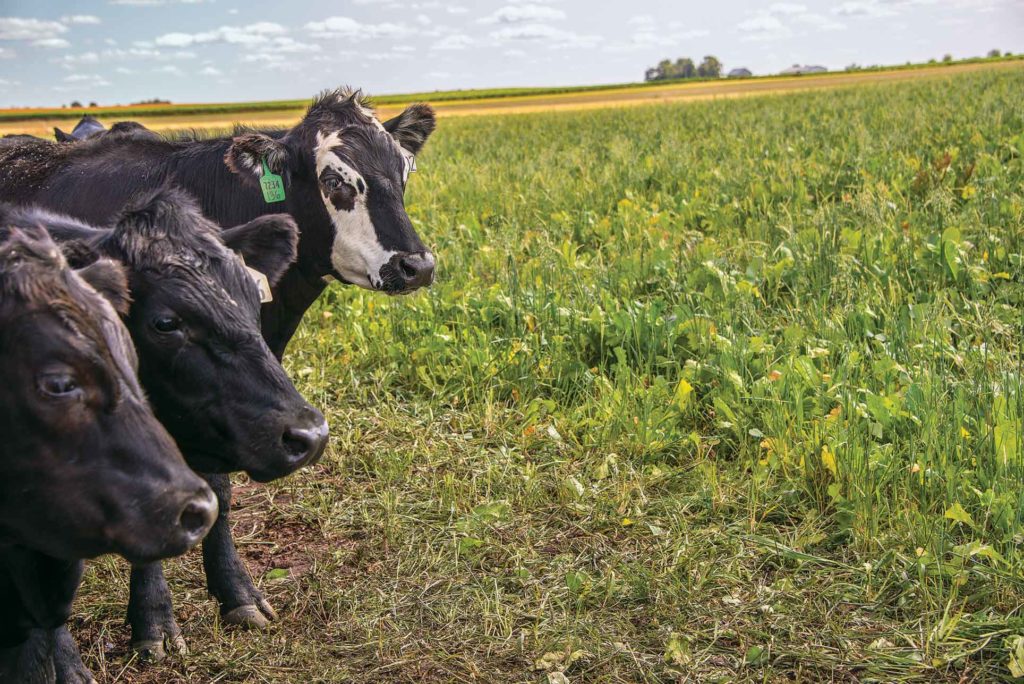 UCLA researchers were able to change levels of serotonin in mice by changing their gut bacteria. Serotonin is a neurotransmitter that contributes to feelings of well-being and happiness, as well as to cognitive and memory functions.

Amy Coleman, a physician in Lexington, Kentucky who led a roundtable discussion on microbiomes at the 2019 Alltech ONE conference, says gut bacteria produces 90% of the human body’s serotonin. That’s a strong link between the gut and the brain. Coleman calls the gut microbiome “an interior garden” and “your motherboard.”

In the flow. Understanding the role of the microbiome in bovine health, productivity, and even behavior could help customize feeding programs. Vanzant’s goal is to fine-tune how to spot the differences through behavior.

“A lot of the technologies we have now are giving us unique opportunities to measure these individual traits, things that are rapid and easily missed,” he says. “And they fit into the normal flow of handling cattle.”