It's plant vs. animal vs. lab. Or is there a fight at all?

It’s plant vs. animal vs. lab. Or is there a fight at all?

After staring at a bowl of crickets for 5 minutes, steeling my nerve, I finally popped one in my mouth. Perhaps someone less squeamish than I could savor the subtle chili-lime flavoring, but all I really noticed was the crunch of the dry roasted whole crickets.

A line of pre-teen girls elbowing Furrow editor Lorne McClinton aside as they dared each other to take a bite may be the only reason he got the nerve to give the insects a try at Entomo Farm’s Toronto Royal Winter Fair booth. “Sometimes you have to eat a cricket to preserve your self-respect,” he says. Western consumers may not be quite ready to get their protein fix from insects, but there are plenty of other options flooding the market. Veggie burgers that ‘bleed’ and cell-cultured ‘meat’ looming on the distant horizon are elevating the blood pressure of animal protein producers. Call it Beyond, call it Impossible, just don’t call it meat is the battle cry. 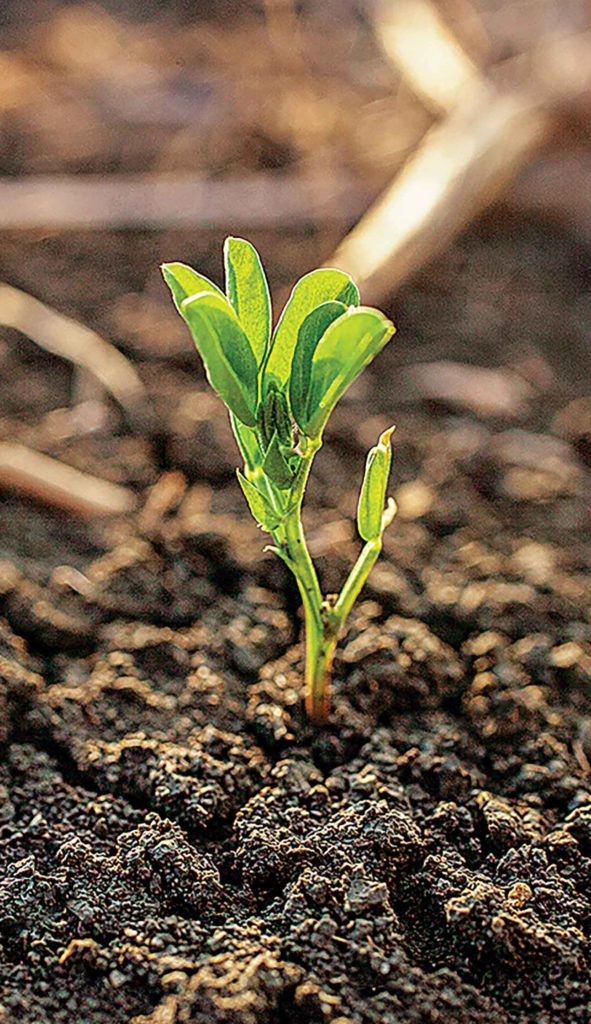 Demand for legumes has the double benefit of potentially diversifying rotations and improving soil health.

But should there be a panic? CoBank lead animal protein economist, Will Sawyer, says not really.

“In 2019, we saw U.S. per capita meat consumption hit a historic peak,” he says. A trend ongoing since 2015. Protein, in general, is in higher demand than ever worldwide. Changing socio-economic conditions and goals such as building muscle, losing weight, and managing blood sugar have consumers seeking out protein-dense foods. Not to mention the masses of protein needed for pet food and feed for poultry, fish, and other animals, all of which is great news for plant protein producers.

A 2017 Nielsen study revealed 55% of U.S. households consider protein content an important factor in food purchasing. In response, the market is delivering a diverse array of plant and animal protein options.

“It’s not an either/or market. It’s an and market,” Sawyer says.

That may be hard to swallow with marketing splashes for “Impossible Foods” and “Beyond Meat” popping up everywhere in convenience dining. Surprisingly, in the case of Burger King, traditional Whopper sales actually increased with the Impossible Whopper introduction, Sawyer says.

A family may defer to one member’s specific diet. If that person has an option, everyone dines out, resulting in more sales. But animal protein producers shouldn’t sit comfortably. 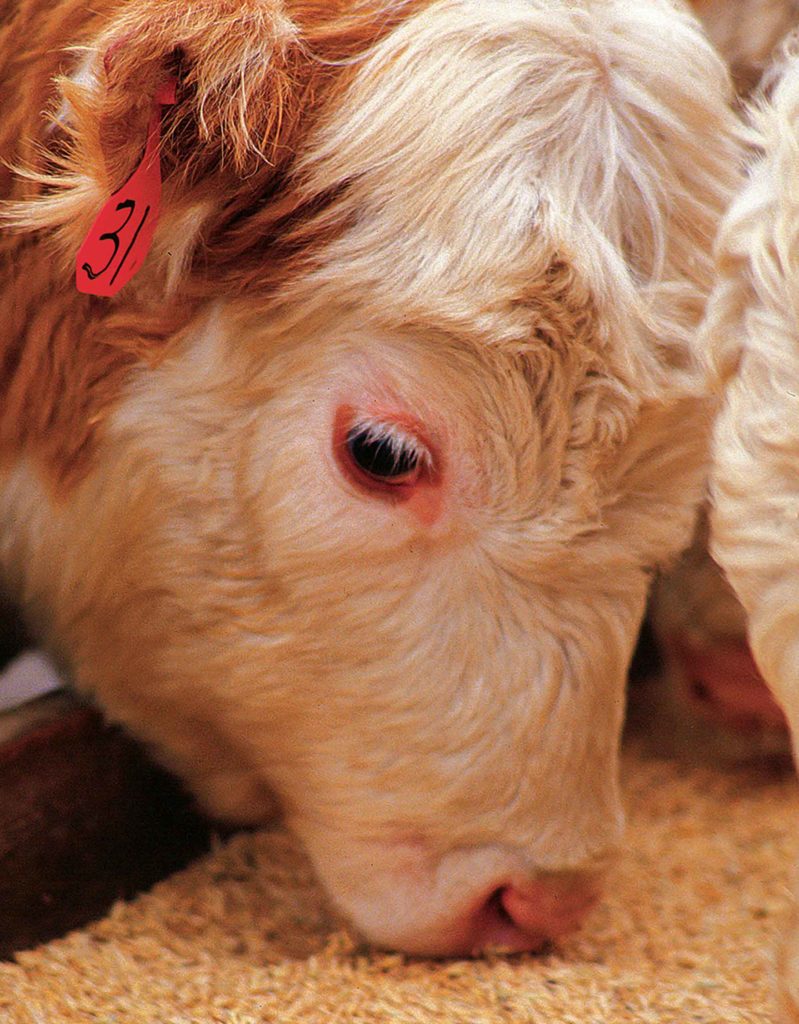 “This happened in the dairy industry. They didn’t take the threat seriously, and now almond, oat, soy, and a whole herd of plant-based alternatives have taken over dairy cases,” she says.

Shelf-space crowding is well underway. In June of 2019, Tyson launched its Raised & Rooted brand. It offers plant-based and plant and meat blended products, such as patties combining Angus beef and isolated pea protein. These blends may be the biggest threat to shelf space. 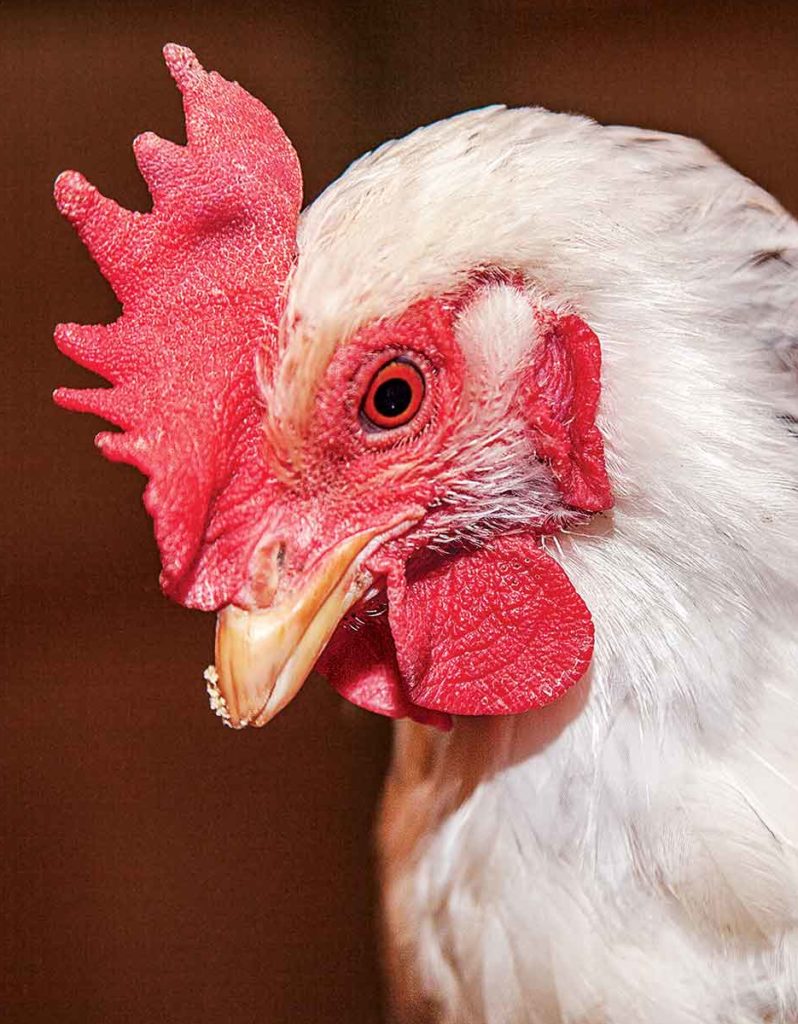 According to market research company NPD Group, of 228 million veggie burgers ordered at quick-service restaurants in one year (a drop in the bucket compared to the 6.4 billion beef burgers), 95% were purchased by buyers that also purchased beef burgers. Their studies show 90% of those buyers are not vegan or even vegetarian.

“Plant-based burgers allow consumers to substitute without sacrifice. They get the ‘burger’ experience while assuaging their need for more protein and social concerns,” stated Darren Seifer, NPD food and beverage industry analyst in a July 2019 release.

But plant-based products are not necessarily health food — many feature nutritional profiles that fail to pass a dietitian’s muster. It should also be clarified they aren’t meat.

“Labeling and regulation is a major battle strategy of the animal-based protein industry’s fight to retain its share of the plate,” McCracken says. 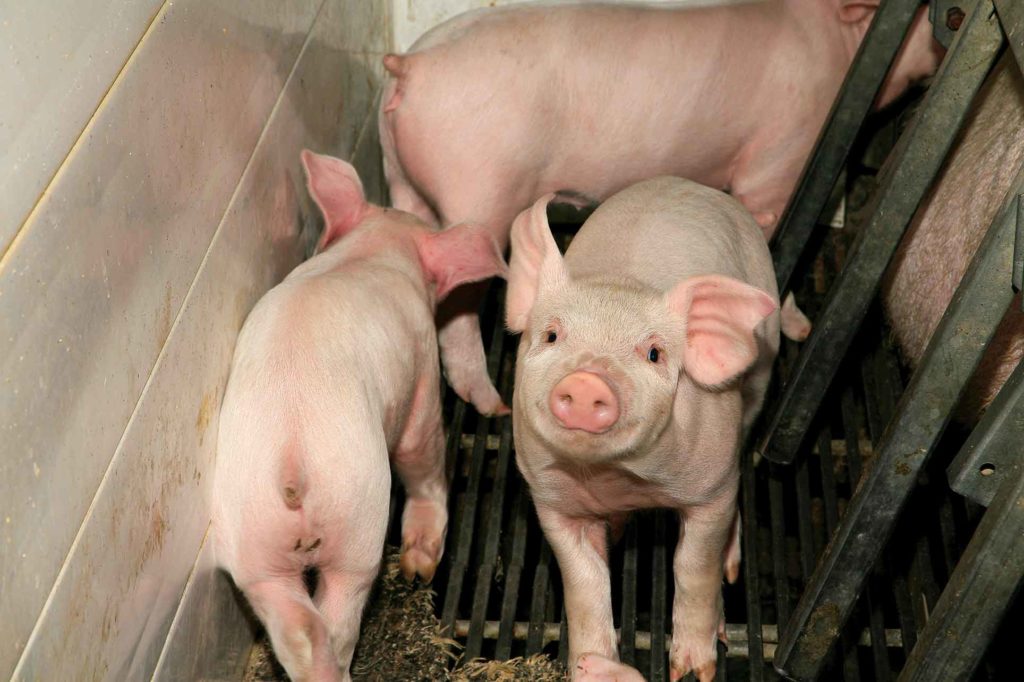 October saw the introduction of the Real MEAT Act 2019, a federal bill that aims to force “imitation” to be included on plant-based and cell-cultured protein products. The National Cattlemen’s Beef Association (NCBA) has put their support behind this to keep a fair playing field.

“Our focus is that labels not be misleading or confusing or disparaging toward beef,” says Jennifer Houston, NCBA President and owner of Sweetwater Tennessee Livestock Center. She’s not opposed to meat-plant blends or even veggie burgers.

“They give people a choice, and the blended products still have beef on the plate,” she says. She notes beef has a good story to tell from a nutritional and sustainability point of view. For one, animal proteins have a desirable ‘clean label.’ Meaning they have just one ingredient as opposed to their highly processed, often high sodium, vegetarian counterparts. Focus must also be levied on the plates of future consumers. Animal welfare and perceived environmental and climate impacts of production are drivers for reducing consumption. This is especially concerning for Gen Z and Gen Alpha. 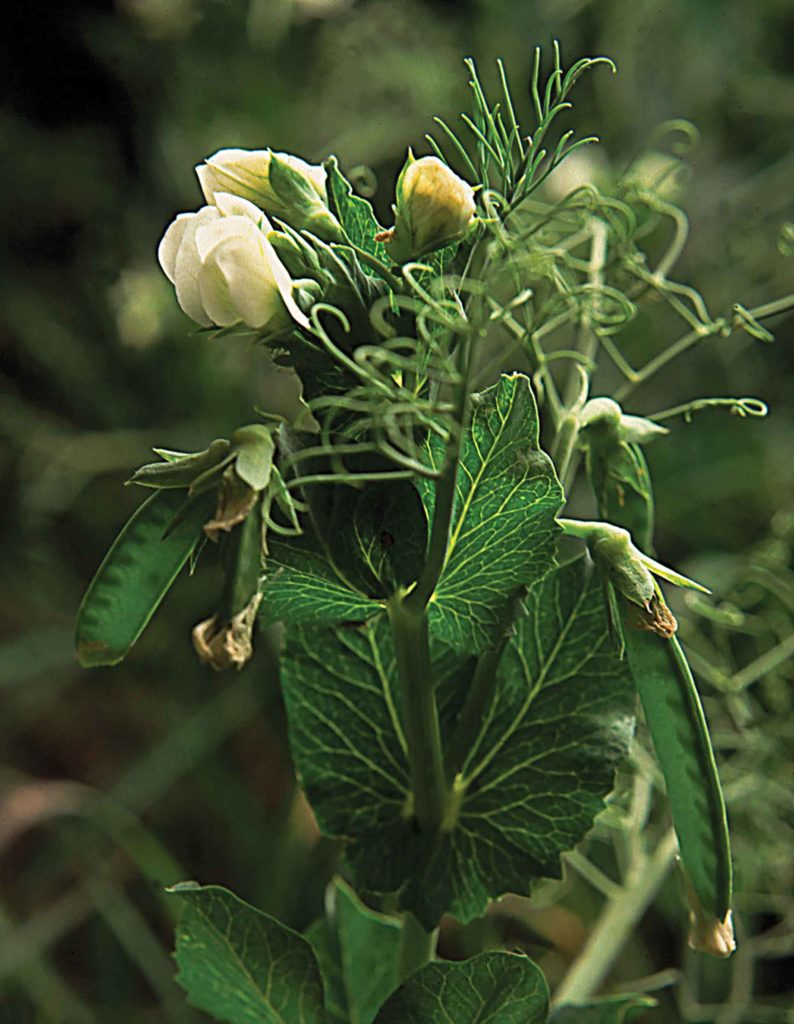 Beef, chicken, pork, or pea? It’s maybe all of the above. There is plenty of protein demand to go around with global needs rising steadily.

“Younger generations are more open to a plantbased diet, and a lot of that is due to what is being taught in schools. They’re taught modern production is bad for the environment. I think we need to ask, ‘Have we lost the younger consumer?’ Is this a market we can recoup?” McCracken asks.

Education on modern practices and nutrition may help swing young consumers back the other way.

Plant potential. There’s a flip side to this story. Growing demand for meat alternatives serves up opportunity for those in the plant protein production business. Pea isolates especially are at the base of many plant-based protein products.

The rise of the humble pea and other plant proteins are providing a welcome new market for Western Canada’s pulse crops, says Lee Moats, a farmer from Riceton, Saskatchewan, and past chairman of Pulse Canada. It kept prices from collapsing when India, the industry’s largest market, decided to restrict imports of Canadian peas and lentils. “The Indian market disappeared with the stroke of a pen,” Moats says. “It really underscored how important it is to have market diversification. Fortunately, a ray of hope came along, and Chinese buyers stepped up and started to buy a lot of peas.” 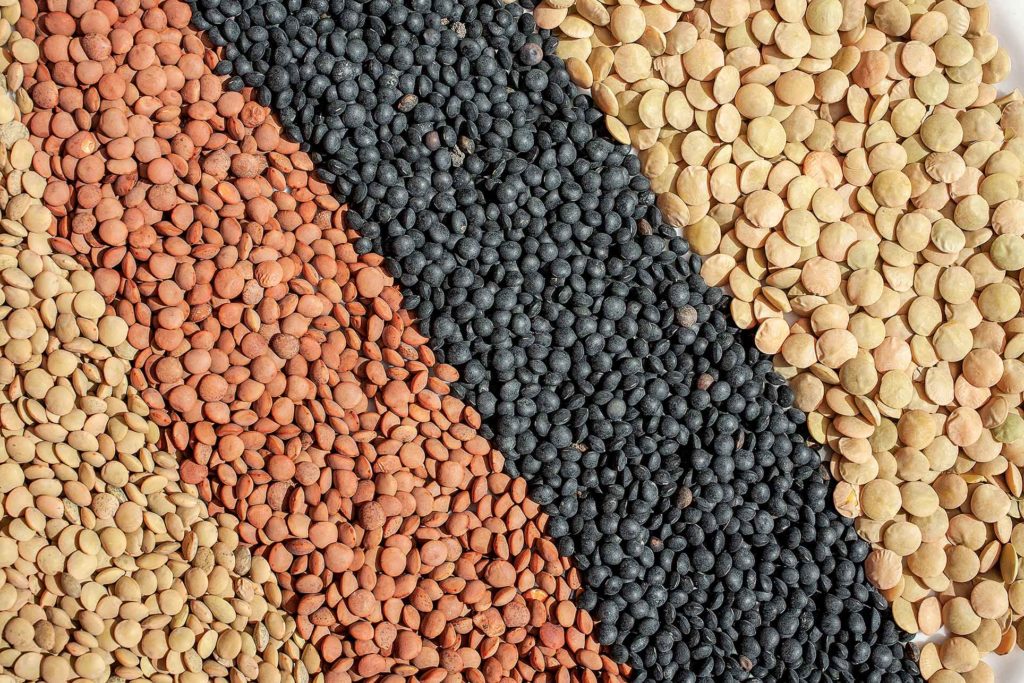 Fractionates can be derived from many crops, including lentils.

China had developed a large fractionation industry to support noodle manufacturing. Fractionation is when grain is broken down into their various components: fiber, starch, and protein. Protein was a low-value byproduct in noodle production, but when the world became interested in plant protein, China was positioned to supply it.

Fractionation capacity has lagged in North America; now there’s a scramble to catch up. Roquette, the French multinational processing giant, is building a $320 million pea processing plant in Portage la Prairie, Manitoba. Billed as the largest plant in North America, it’s expected to be operational by mid-2020.

Largest may be debatable. In 2019, Cargill invested $75 million on top of an earlier $25 million in U.S.-based Puris, which currently claims to be the largest North American producer of pea protein. The funding is set to double production for the company that contracts with organic yellow pea producers. 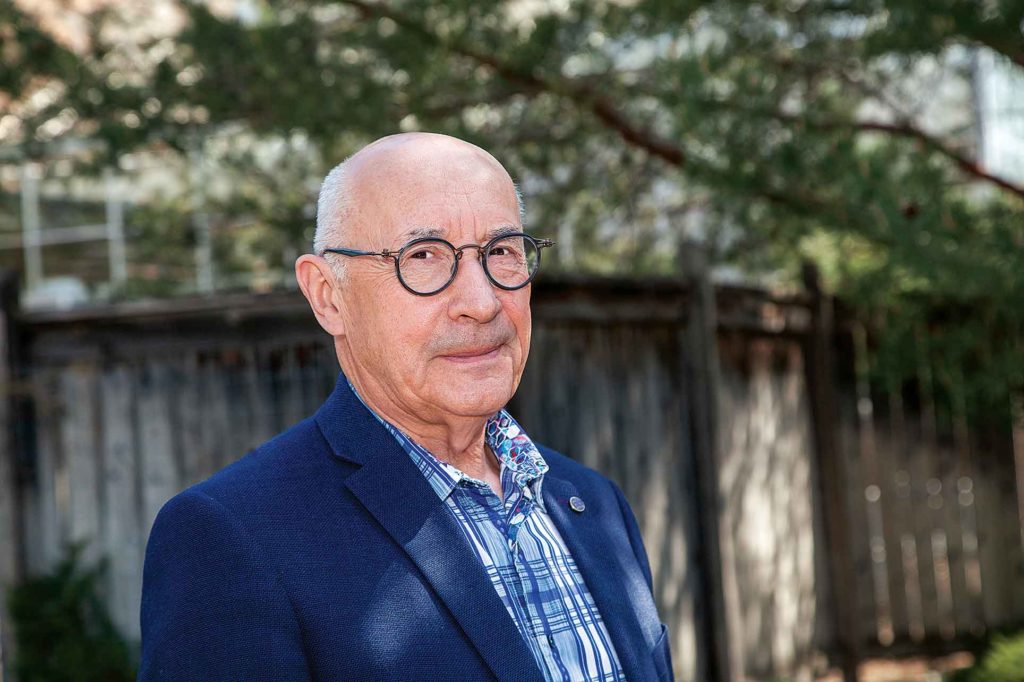 Wilf Keller, Ag-West Bio, says there’s a huge demand for quality protein components for aquaculture and livestock feeds, not to mention pet food. This is great news for pulse crop farmer Leo Moats who has seen markets come and go.

“When all these investments come to fruition, there will be a lot of fractionalization capacity in Western Canada, and we’ll have domestic demand competing with export demand,” Moats says. The same would be true in the U.S. “That’s very positive for farmers, but we need more than just one market.”

And there is more to the market than veggie burgers. They’re a tiny market compared to feeds.

“There’s a growing demand for meat in Asia, and the growth areas are going to be fish and poultry,” says Wilf Keller, past CEO of Ag-West Bio in Saskatoon. “You have to have pretty good quality protein to get growth in poultry and in fish. It’s not like feeding bales of hay to cattle. There are 300 million new companion animals in Asia that require protein, too.” 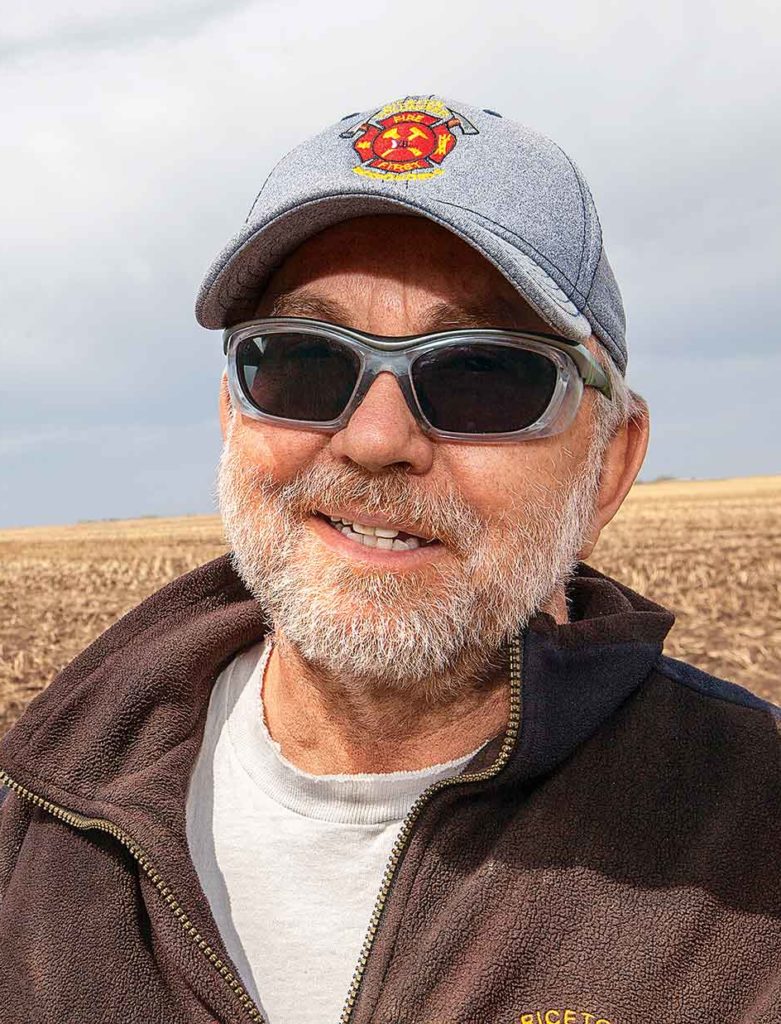 The protein fractionate plants will help meet those needs, creating ingredients to increase protein in aquaculture and livestock feeds and pet food. That’s beyond their use for adding protein to every type of packaged food imaginable. Plus, it’s possible to blend proteins fractionated from soybeans, dry peas, canola, and hemp to create any amino acid profile.

Reaching impact. Growing plant protein demand is good for North American producers, but it may be bad for the world’s poor, especially children. They depend on cheap access to plant proteins.

“If children don’t get the protein they need early on, it causes stunting,” says Maurice Moloney, research biologist and former CEO of the Global Institute for Food Security in Saskatoon. “It’s not just physical stature; the whole human body is affected.” 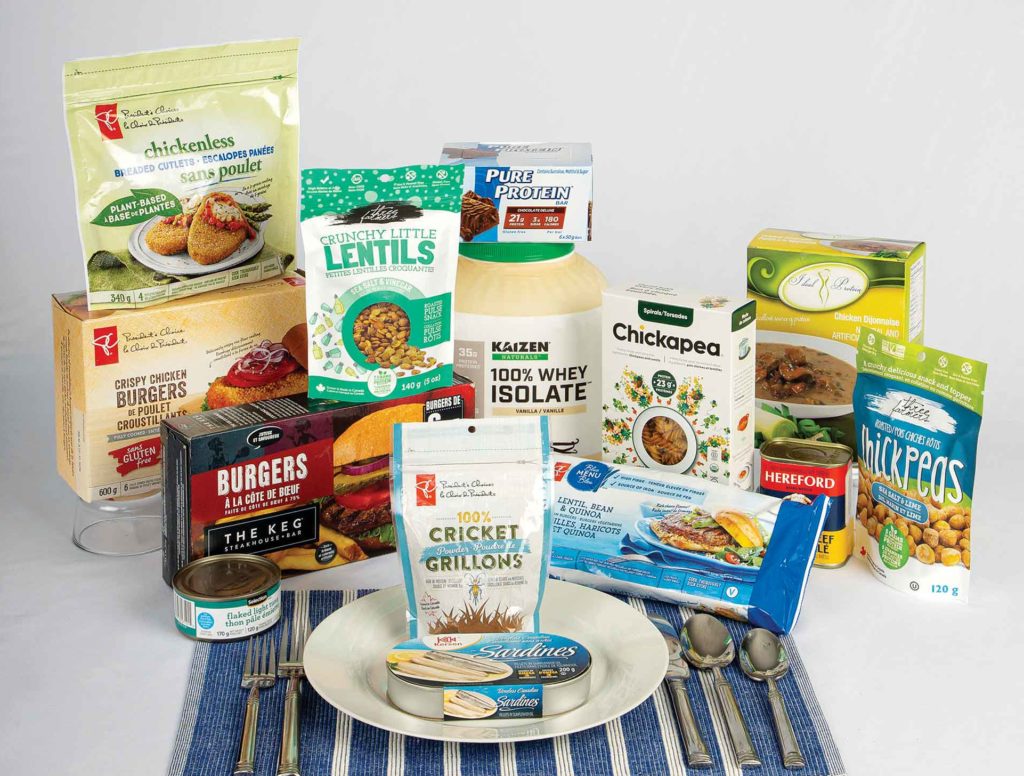 Canada’s International Development Research Center is trying to meet those needs. They’re working with an Ethiopian breeding company to adapt Canadian chickpeas to the region, and sent agronomists to help teach the locals to grow them.

There are many indicators that the world’s need for protein is outreaching supply, and it will only get worse. It seems there will always be a market for all proteins. The question is, can we produce enough?