Nate Wall drops a tiny spoonful of vineyard soil into a plastic sample tube. Each gram of soil he scoops is home to as many as 1 billion bacteria, 100,000 actinomycetes, 1 million fungi, and tens of thousands of other organisms. The population mix of those soil microbes is likely to be different from one soil type to the next, and it is almost sure to vary between healthy and unhealthy soils. It’s an ecosystem as old as soil itself, but only with today’s technology can he hope to understand it.

Wall, a former engineer, now applies such attention to detail to making wines for Troon Vineyards in Grants Pass, Oregon. He is trying to learn what healthy microbiomes look like in the 45 acres of Troon’s vineyard ground, on the grapes that grow there, and in the wine he makes from them.

Obsession. “I think wineries are especially interesting in this,” Wall says. “No other form of agriculture obsesses quite as much over small differences as wine.”

Wall hopes that understanding the microbiome in each vineyard block will help guide Troon’s rootstock, varietal, and clone choices as the company plants new vines across its property. And because much of the nutrient transfer from the soil to plant roots is enabled by microbes—which transform vital molecules so they can cross barriers into plant tissues—he is eager to learn how particular microbial populations can boost the vineyard fertility program. 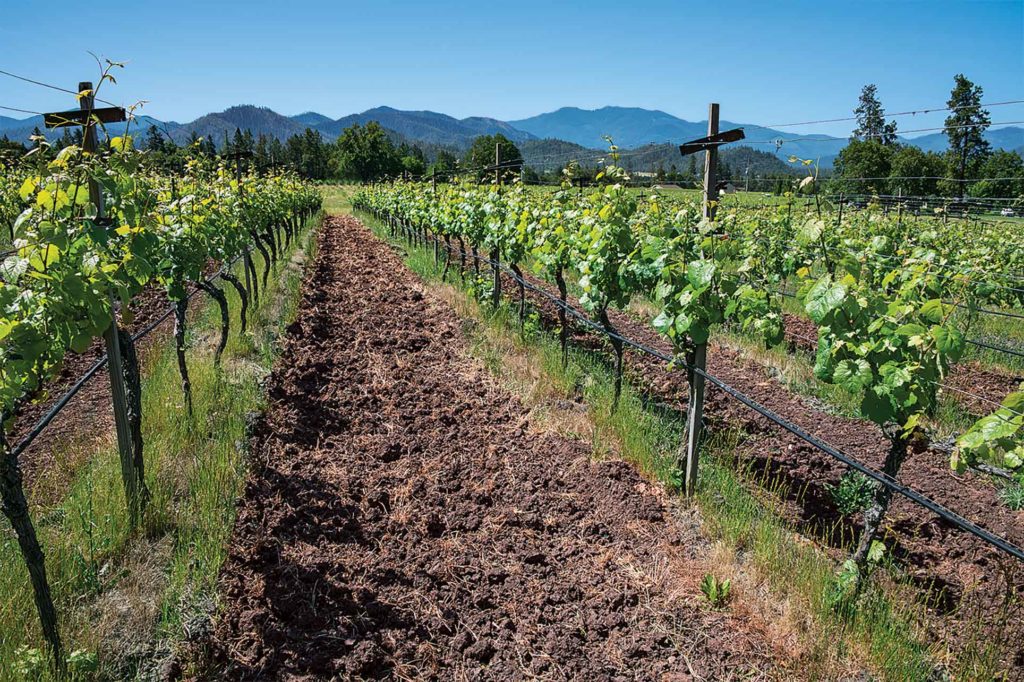 Wall will also sample the microbiomes on grape skins to explore their diversity.

What’s missing? To start getting a sense of what a healthy, well-functioning soil microbiome looks like, Wall sends dozens of soil samples to Biome Makers in West Sacramento, California. The DNA in each sample is profiled and its gene markers are compared with the genetic fingerprints of more than 2.2 million microbes in the company’s database. Scientists haven’t identified or named all of those microbes yet, but their presence and the ratios in which they appear together can be used to help identify healthy soils.Biome Makers also works with input suppliers to correlate successful fertilizer and crop protection programs with particular microbial populations, says co-founder Adrián Ferrero.

Stable ecosystem. “It’s population dynamics that really matter in terms of having a stable ecosystem,” Wall says. “Are we going to see a progression of our microbial communities that differ by soil type, or is there a better population they all start going toward regardless of soil type?

Wall is especially interested in watching the effect of the biodynamic practices that Troon has adopted on soil microbes. He notes that skeptics roll their eyes at biodynamic practices like burying manure in a cow horn or stuffing stags’ bladders with flowers. Still, he suspects science may support much of it — mainly because those biodynamic preparations are teeming with microbes.

“We’re interested in the practical side of it,” Wall notes. “I think we’re getting to the point in science where we can prove some of the things in biodynamics that seemed crazy may be doing something important.”

In fact, he muses, the winemakers’ concept of terroir — the influence of local soils and conditions on wine’s character — may turn out to have less to do with minerals and more to do with microbes.

“We say biodynamics is a lens that focuses terroir,” Wall says. “What we’re doing, I think, is we’re manipulating the microbiology. We’re going to find out that terroir is microbiological.” 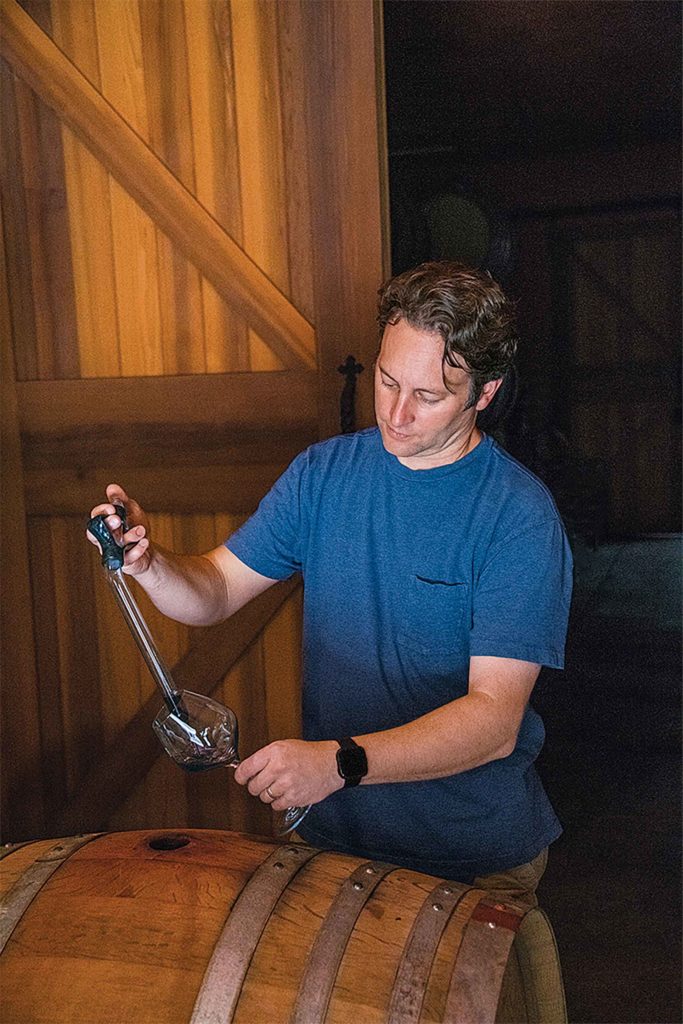 Wall hopes to identify healthy soil microbiomes, learn how they encourage vine growth, and see how they may influence the quality of the wine he produces.