Five years ago, after finishing at Georgetown University, Sean McNamara returned home to his family farm near Davis in California’s northern Central Valley. His parents, Craig and Julie McNamara, had bought a 460-acre property in 1980, and he’d grown up under the canopy of the walnut trees.

While Sierra Orchards was well-run and respected, there were a few methods that the then-26- year-old thought could change. With the property purchase, his family had inherited a method of disposing of the hulls generated through processing by piling them up along nearby Putah Creek.

“My dad and I realized it wasn’t fair to dump our hulls right along the edge of the creek.” McNamara says. “We weren’t proud of it, and we wanted to restore that area.”

Shell parts were already being ground up and used in sandblasting materials. McNamara wondered if the hulls couldn’t be used in compost somehow. Meanwhile, the family also was working on another important goal: improving the quality of its soil.

Trash or treasure. “The first thing was learning the magic and complexity of soil, and the differences between ag soil and wild soil, and asking how we could manage our ag soils more like wild soils, like soil in the forest,” McNamara says. “Fungi mycelium can perform all of the important jobs in the soil—the conversion of organic matter and molecules into plant-available nutrients, the delivery of nutrients to the roots of the tree, even the delivery of water to trees that are water stressed.”

He needed better fungi development in the soil, and he wanted to do that by reusing what was already being generated on the farm. 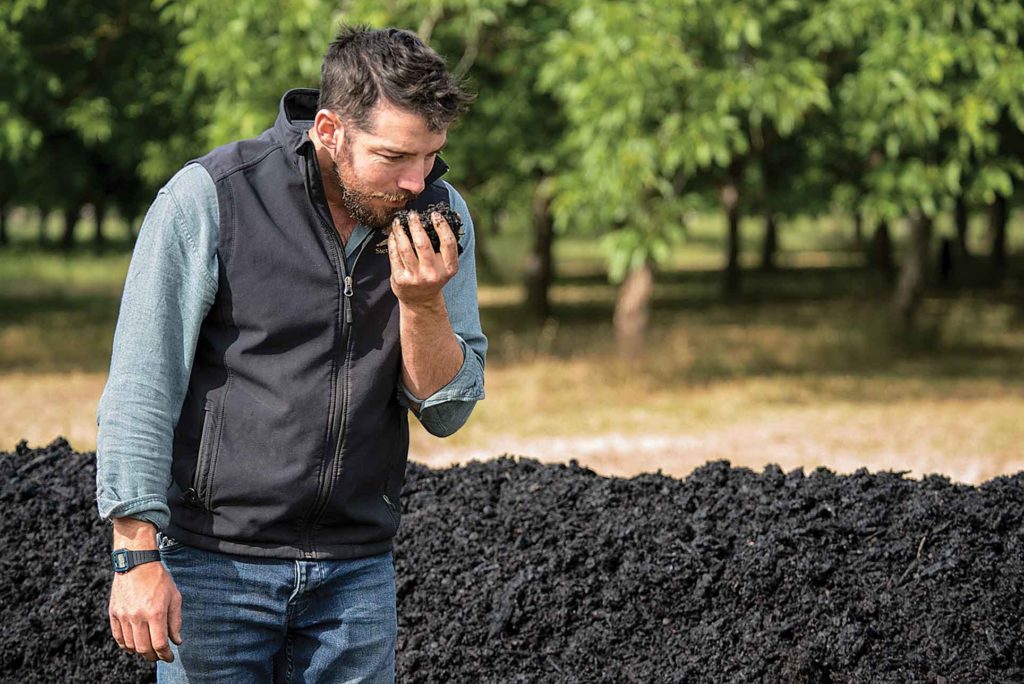 “This is where compost is a dance among nutrients—like carbon and nitrogen —a dance between those two things, plus moisture, temperature, and time,” says Sean McNamara. “We want everything to go back to the soil. We want to close the loop of this system.”

Deep research. His dad was initially skeptical about using the hulls, advising that it was important to keep any natural walnut threats, such as the parasitic fungi Armillaria, from overwhelming the compost. Additionally, there were questions about whether the hulls were toxic. McNamara sought help from his neighbors and friends to resolve these uncertainties.

“I learned the basics from my community, from the guidance of my friend Max Brotman, and from illuminating books such as ‘Teaming with Microbes’” McNamara says. (The 2010 book from Timber Press is by Jeff Lowenfels and Wayne Lewis.) “We did some due diligence in the form of chemically analyzing the hulls prior to composting, but we didn’t know how well it could work.”

After presenting the solutions to his dad and getting the okay, he was ready. He devised a one-year pilot program, and he’s been refining the process ever since.

Getting started. “When we harvest the walnuts, a bunch of stuff falls down, leaves sticks, nuts, the outer green hull—they all come down,” says McNamara. “We sweep them to the middle. We pick them all up and then bring that whole bundle of stuff to the hulling plant.” The plant sorts the best walnuts and sends the rest out a trash chute. “By this point—this is in October—they’ve oxidized; they’ve turned black,” McNamara says. The trash chute emits thick vegetative matter that is perfect for mixing with the orchard remains, he says.

All the stages. Assembling the long compost windrows is only the beginning of the process. “Compost requires the right ratios of carbon to nitrogen in the windrow,” he says. “Those are the materials. The process, which we engage in with the microbes, involves heat, water, mixing or aeration, and time. The cure stage involves all these elements, but happens after we have assembled the right ratio, added the right amount of water, and mixed to control temperature, oxygen, and moisture.”

During the hot stage, McNamara says, “a thermophilic heat-loving bacteria colonizes the pile and helps break things down more quickly. Then, it’ll cool down from maybe 150 degrees.” During that period, the bacteria and fungi need time to form relationships, “to recolonize,” he says, “because those are what you want to reintroduce to your soil. You want it to be full of biology.”

Conscious of using as little groundwater as possible in the process, McNamara realized he could recycle the water that resulted as a residue from the walnut shelling process. “It’s been an infrastructure hurdle to hydrate the compost with this sludgy wastewater that is generated half a mile from the windrows. We have to keep everything moving, keep the equipment from plugging. Now we’re hydrating almost completely with already used water.” 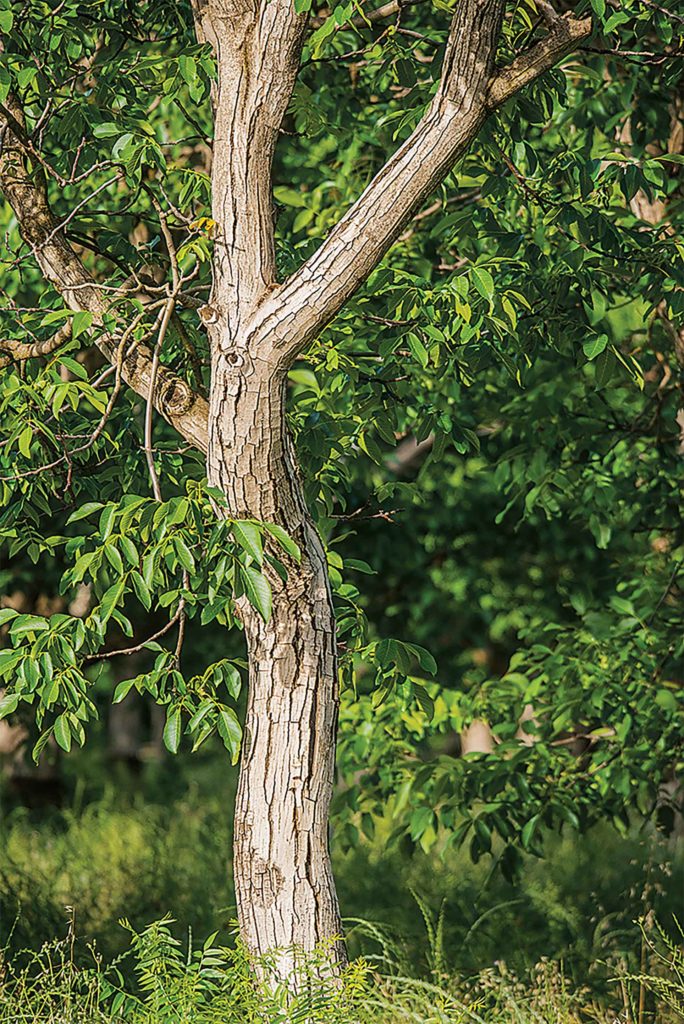 Diversity. “We played with ways to introduce more biology,” he says. “The limitation of this compost is that we’re only harvesting the biology of this area, because we’re using the walnut wood chips and the walnut hulls.” He wanted to bring in even more diversity, and found it in a compost made by a biodynamic winery in nearby Sonoma Valley. “I take a couple of bags of that and make compost tea with it, and inoculate this compost with the bacteria and mycelium and everything else.”

With water, with organic material, with sunlight, the compost does its thing.

“This is where compost is a dance among nutrients—like carbon and nitrogen—a dance between those two things, plus moisture, temperature and time,” McNamara says. “We want everything to go back to the soil. We want to close the loop of this system. The compost has been a nice way to do that. The compost has been a catalyst for thinking about waste streams. What’s the highest and best use of these waste streams?”

The intensity of work is as satisfying as the problem-solving. “It’s just a high-energy, dynamic process,” he says. “We are harvesting the walnuts, working long days and long weeks, and composting this fresh product at the same time. We balance out how to do that, time- and energy-wise. It’s a constant learning experience.”