They say change brings opportunity, and if that old idiom is true, then the wheat market could be adorned with brass rings. Few things have changed more dramatically than the wheat market that U.S. farmers face. Their share of world wheat exports has fallen from 80% in the 1970s to just 30% today, and domestic flour consumption has fallen by 10% in the past two decades.

Now, the wheat industry is responding to those challenges. It is focused on improved quality, working to advance alternative markets, and spurring educational efforts aimed at the dietary misconceptions faced by wheat.

“While there will always be a market for wheat as a commodity, we hope to extract more value for growers by highlighting the differences that exist between wheat varieties and in wheat from different regions,” says Mike Schulte, executive director of the Oklahoma Wheat Commission. “Our goal is for high-quality wheat to garner brand recognition similar to that enjoyed by certified Angus beef. By creating this distinction, we will be able to set up identity preserved programs for specific varieties that millers and bakers want in the domestic market.”

Focus on flavor. As part of that effort, recent varieties released by OSU are promoted for their flavor profile. Schulte describes the features of the six targeted varieties with the sophisticated terms typical of a sommelier (wine steward). “Smith’s Gold has a smooth texture and a light, aromatic scent; Showdown has a lighter flavor sure to please the most delectable palate; and Baker’s Ann is a sophisticated choice for any bread connoisseur with the best strength, stamina, and sincerity,” he says. 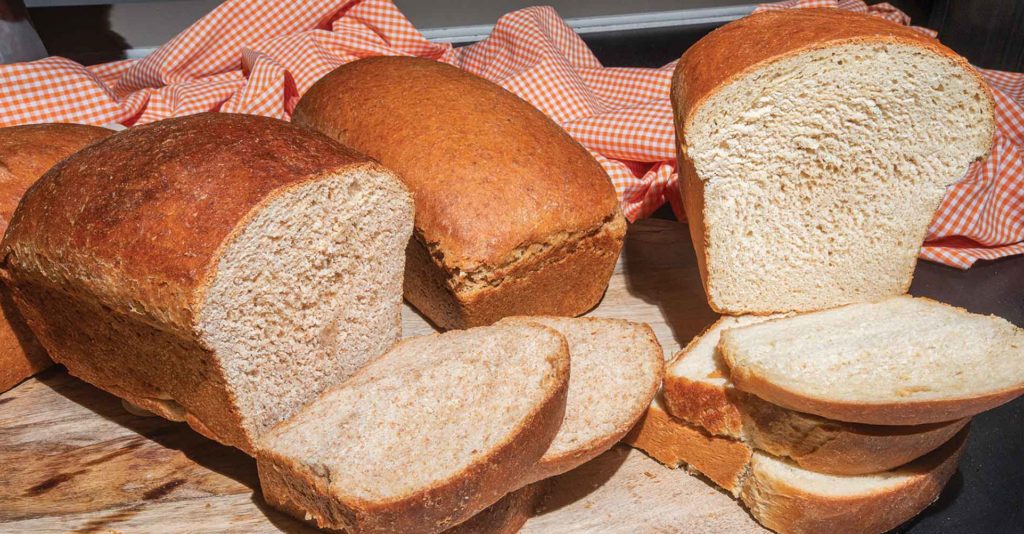 Identifying the flavor profiles in bread from different wheat varieties may help keep it on the tables of millennials.

“The main target audience for this effort are millennials — the age group loosely defined as people born from the 1980s to 2014. They are now the largest demographic group in the country, and they’re known for having an interest in incorporating creativity and flavor when preparing food,” adds Schulte.

Schulte explains that bread flavor is enhanced with stone grinding, rather than the traditional roller mill approach to making flour. “Roller milling produces the white flour that society has traditionally wanted, but stone grinding incorporates more of a kernel’s bran and endosperm into the product. With them come the vitamins and nutrients that must otherwise be added to white flour. The result is a cleaner label, which is also important to millennial consumers.”

OSU’s Wheat Improvement Team is also working to emphasize the functionality and characteristics of specific wheat varieties and improve it in new ones. Work with the Wheat Marketing Center in Portland, Oregon, has resulted in new markets for several varieties, including pasta — which is typically not made from hard red winter wheat — and tortillas.

Efforts to reward growers for producing high-quality wheat are developing in Oklahoma and Kansas. In Pond Creek, Oklahoma, Farmers Grain Company is helping 34 growers in an identity-preserved program.

“Under the program, growers plant one of the 13 varieties selected for their milling and baking quality, and they receive a premium that’s specified upfront. We monitor fields during the season, make agronomic recommendations, and segregate the grain at harvest,” says general manager Kent Prickett.

Gluten facts. Domestic flour consumption has waned in the wake of recent charges that the gluten in new wheat varieties has increased to cause various intestinal problems. “We knew those charges were unfounded, but we didn’t really have the science to dispute them, but now we do,” says Carver.

Carver points to new research at OSU and Kansas State University that looked at changes in the protein fraction of wheat varieties over the past 100 years. “We found that gluten had not gone out of sight and that the concentration of the 33-mer peptide—the component that causes gluten intolerance—hadn’t changed. We’re working to reduce its presence through breeding. However, we also found that another biochemical in flour has increased dramatically, and we’re anxious to target it for more research.”