Devil in the Details

Your product is ready. Now what?

Devil in the Details

Your product is ready. Now what?

The entrepreneurial road can meander down many paths, for many reasons. For Andrew and Karlie, they desired a way to grow their farm without buying more land. For Drew and Ashlie, they wanted to expand their show cattle enterprise. And for Brian and Mary, they hoped to build a new life on the land.

These three couples started new businesses, choosing a path not far from their wheelhouse. They realized that some familiarity was needed to bring the effort to life. But, they all agree it’s the devilish details that are most challenging along the bumpy road from idea to market.

Building demand. “We didn’t need any help with the supply side, as we know how to grow grains,” says Andrew Bowman, a fifth-generation farmer from Oneida, Ill., and owner of Pilot Knob Comforts popcorn.

He expected to grow their farm the traditional way, through more corn and soybean ground. But using some of their land for a value-added popcorn business made a whole lot more sense to him.

“But, how do you get people to buy? How do you think like a consumer?” Andrew asks. “It’s very different from the corn market, where price is determined for us in Chicago. Or, selling through the good ethanol plant infrastructure that is set up so well that we can get a check almost immediately.” 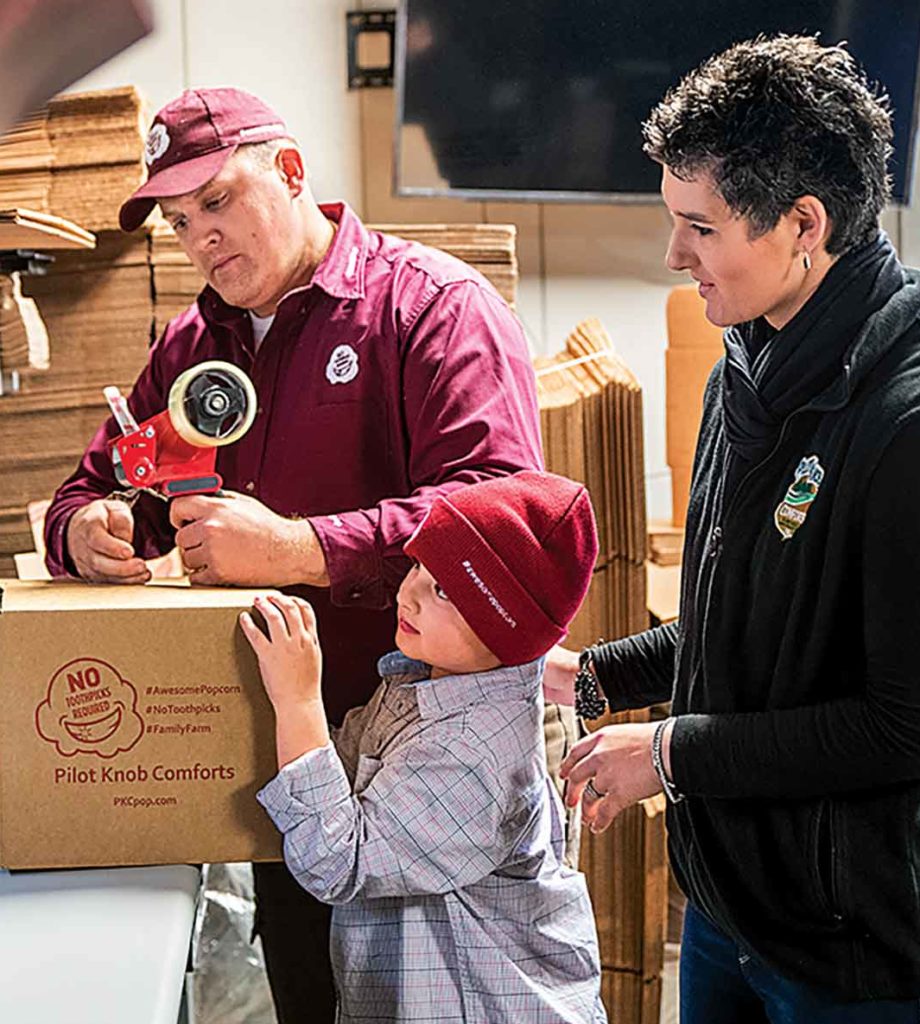 Mary and Brian Heffernan realized quickly the need to put so much effort into both the supply and demand side. Mary, of Five Marys Farms near Fort Jones, Calif., knows “not everyone is going to want to do it all. But if you want the control of your market, it is not plug and play.”

The Heffernans moved from California’s Bay Area to a rundown ranch and started from scratch. What they knew, though, was good food. They had been in the restaurant business before deciding to homestead.

They started raising livestock and built a brand named Five Marys (their four daughters are also named Mary), shipping their meat directly to consumers across the country. They have found success by spending as much time— if not more than it takes to do chores—on tasks like developing an email list, creating recipes, and telling their story on social media. 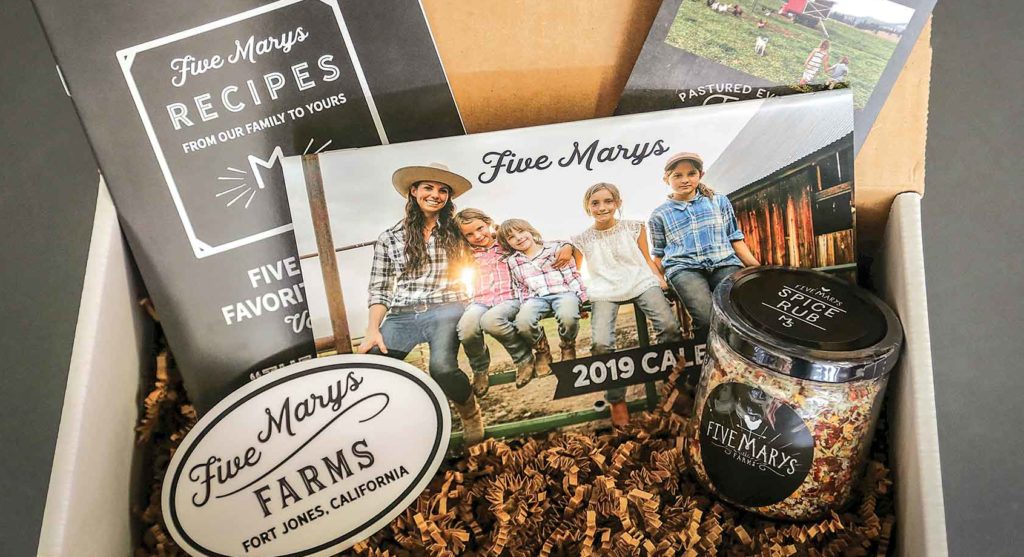 All three families have built brands based on their family farm’s story and include that in each package.

Delivering the goods. The Bowmans designed their popcorn packaging using Karlie’s master’s degree in advertising. Then they went from grocery store to specialty store to gift store, seeking shelf space for their popcorn. After limited success, they luckily met a food broker.

“He took one look at our packaging and said we should be really proud of what we had done in two and a half years, but it was all wrong,” recalls Karlie. After being served such strong feedback, the Bowmans hired him. He helped them change their packaging to stand out better on the shelf and introduced them to national grocery chain buyers.

“We started with 20 two-pound bags in a case because 40 pounds was the limit store staff could lift, and we thought it maximized our shipping costs,” says Andrew. “Instead, he had us reduce the size of each bag slightly, and use 12-bag cases so they’d all fit on the shelf, and none would get lost in the store’s backroom.”

Ashlie and Drew Miller, who raise corn, soybeans, and canning tomatoes near Galveston, Ind., had also been raising show cattle. 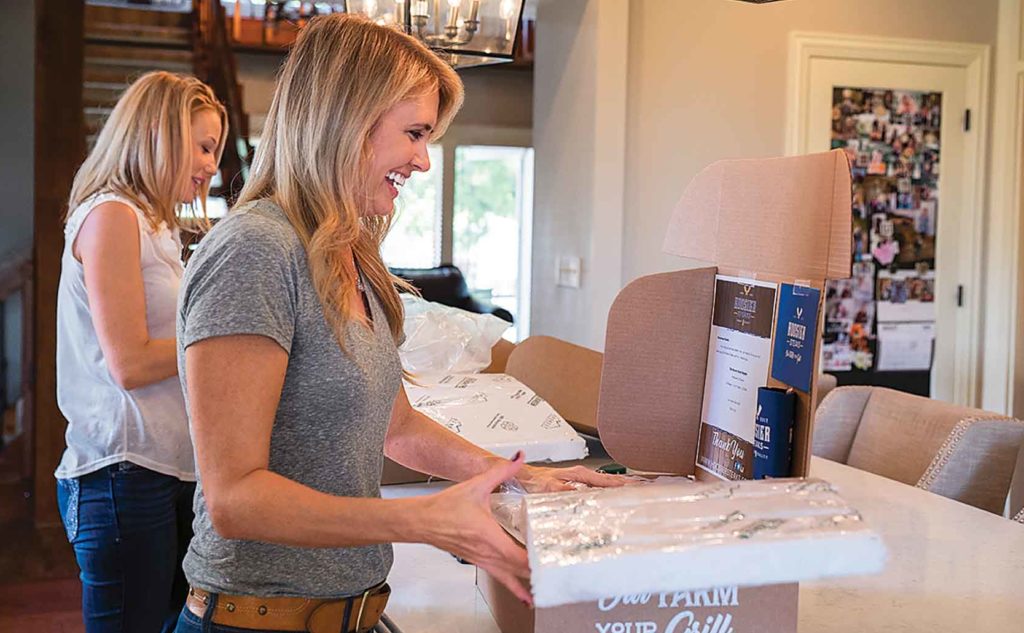 “A friend pitched us the idea to sell our beef online, and focus on specialty cuts and gifting. He had done the research and even had a brand started, called Hoosier Beef. We agreed, thinking it would be something for me to do,” says Ashlie, who left her broadcasting career when they decided to start their family.

“I want our customers to feel they are getting the quality they are paying for,” Ashlie says. She even personalizes each box. Their friend’s market research and Ashlie’s extra efforts were on target. They quickly found it hard to keep up with demand.

“That first summer, we didn’t have our shipping set up correctly. It was kind of a mess. We went into FedEx every night,” Drew remembers. He says they are still negotiating with the business rep to get better shipping rates. 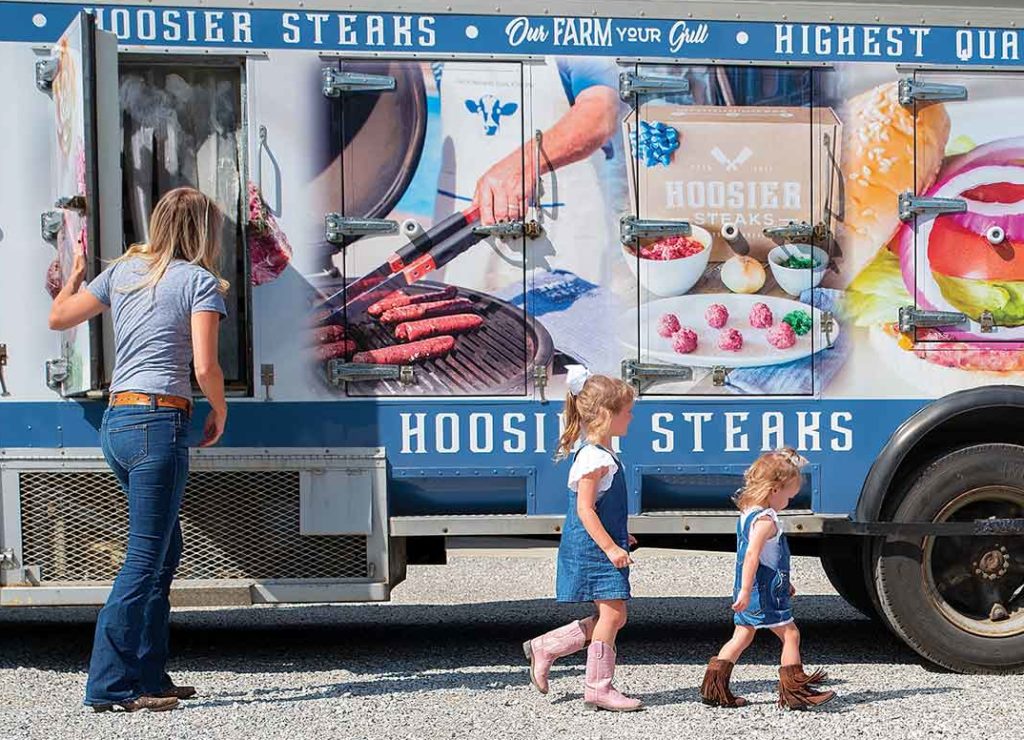 The Millers added a freezer truck to better serve customers who are near their Indiana farm. Their daughters enjoy helping the customers find the perfect cut.

The Millers added a freezer truck to their fleet to better serve local customers.

“We can sell a wider assortment of cuts than what we ship, and people can buy à la carte from the truck,” says Ashlie.