Passers-by could mistake The Food Bank of Western Massachusetts’ (FBWM) Mobile Food Bank deliveries for a farmers market. Crowds fill their bags with a bountiful variety of fresh produce, which accounted last year for a remarkable 30% of the FBWM’s annual distribution. What’s even more remarkable than the high proportion of fresh vegetables and fruits is the fact that more than 125,000 pounds of it were grown on FBWM’s farm. The home-grown produce amounted to nearly 5% of all the fresh produce the organization distributed last year.

Buying a farm in 1992 — and another in early 2020 — represents a big departure from the usual food bank model of seeking donated or discounted food to distribute.

The idea spawned from the need to find reliable sources of food in a region that has few food processors to tap for surpluses.

“At the time, and to this date, there aren’t many food manufacturers in western Massachusetts, but what we had — and still have — is fertile land,” explains Andrew Morehouse, the executive director of FBWM, which is based in Hatfield, Massachusetts.

Many sources. Morehouse explains that the organization uses state grants to buy about 500,000 pounds of local food per year. Donations from area farmers total about the same, for an annual total of 1 million pounds. Retailers donate another million pounds, and FBWM purchases surplus produce from Canadian vegetable growers a few hours away.

But there’s still a huge need among the 207,000 people who received food from FBWM and its affiliates, and the idea of producing some crops made sense.

Andrew Morehouse and Lillian Baulding of The Food Bank of Western Massachusetts.

In 1992, a local benefactor guaranteed a loan that allowed FBWM to purchase 34 tillable acres. (Three years later, after a fundraising campaign, the food bank paid off the note in full.)

The organization hired a young farmer named Michael Doctor to run the operation. After a few years, Doctor went from being an employee to signing multi-year crop-share contracts with FBWM. It’s a model that his protege, Ben Perrault, followed when he took over the farming contract in 2009.

Like Doctor, Perrault integrated the food bank farm into his community supported agriculture (CSA) operation. Subscribers pay upfront for a weekly share of the harvest from his 75-acre operation. Unlike Doctor, Perrault farms just half of FBWM’s acreage at a time, planting the other half to cover crops. In exchange, he is committed to delivering at least 112,000 pounds of fresh produce to FBWM per year.

“A CSA model, in particular, is a good fit because you’re growing a wide variety of crops, and we don’t have 50 different markets we’re trying to hit,” he explains. “Other growers who are more specialized in growing high-value crops may not be the best fit.”

Perrault adds that good communications with the FBWM team are vital at every stage, from choosing which crops to plant to getting trucks unloaded promptly. 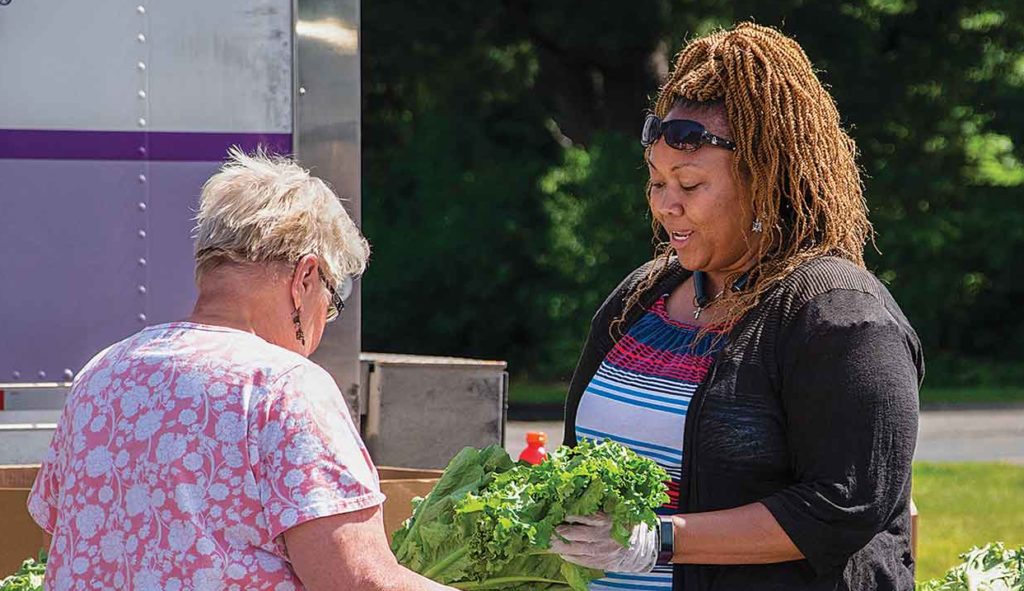 Second farm. The farm has been such an overwhelming success that FBWM spent much of the last four years finding another property to buy.

With technical support from the Kestrel Land Trust and donations from the Henry P. Kendall Foundation, the 1772 Foundation, and private donors, the dream came true—again. The land trust purchased a 145-acre farm and sold it to FBWM. Simultaneously, the state purchased the development rights and placed an agricultural preservation restriction on the land. That lowered the $1.2 million price tag by $700,000, locked the land into farm use, and provided a new source of food for FBWM.

Andrew Kendall is executive director of the Kendall Foundation in Boston. He says the recent farm purchase demonstrates the power of collaboration among groups interested in food, open space, and creating opportunities for young or expanding farmers.

“Find your local land trusts who are worried about protecting farmland,” he advises food bank leaders. “In many cases, food banks and land trusts don’t know each other and don’t work in the same spheres, although this is a way they can work together doing creative, impactful work.” 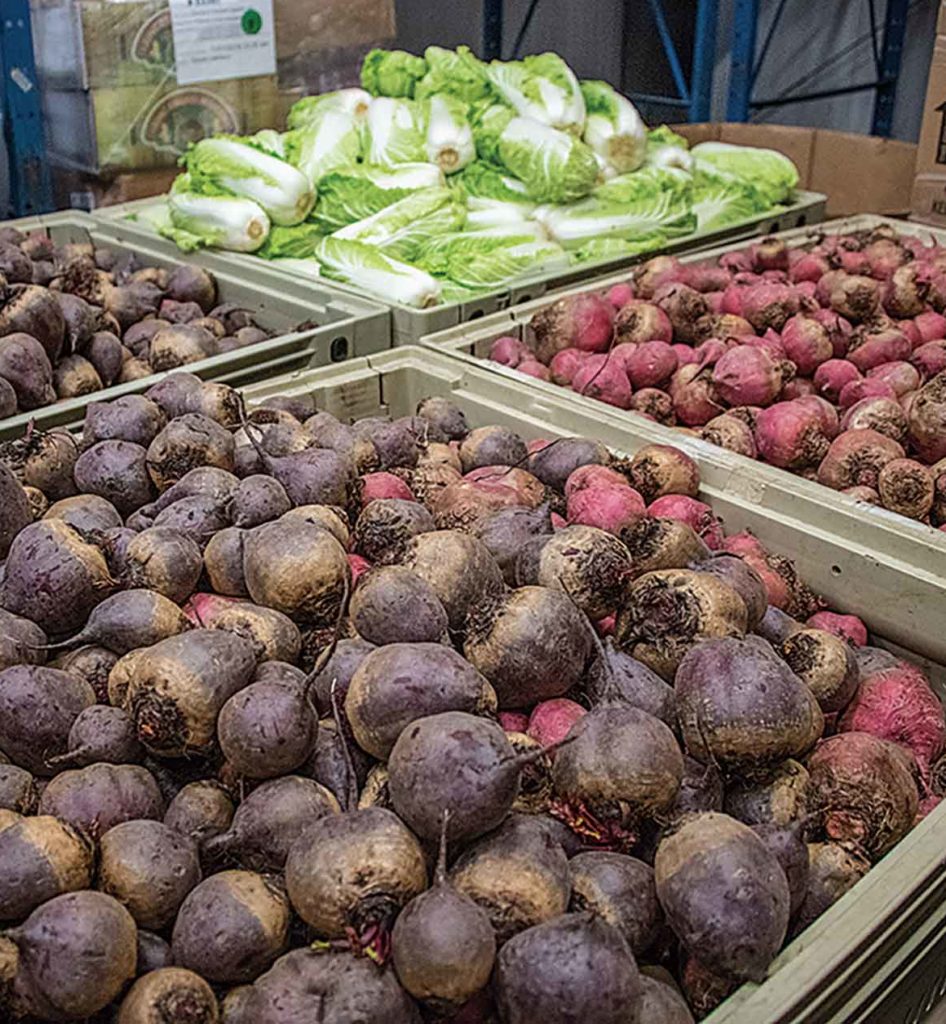