Farmers ponder how to handle millions of unharvested acres.

Farmers ponder how to handle millions of unharvested acres.

Harvest 2019 was a nightmare for farmers across a wide swath of North America. Few producers escaped unscathed. Unrelenting rains delayed harvest and turned fields into swamps. Record-breaking snowfalls on the Southern Prairies and Northern Plains in September buried crops, and early killing frosts damaged immature crops far down into the Southern Plains. It’s estimated that 4.5-million acres of cereals and oilseeds on the Canadian Prairies and a huge number of corn acres in Ontario, Quebec, and parts of the northern Corn Belt were unharvested in mid-December. A lot won’t be combined until spring.

“I think that any grower’s goal in this scenario is to take advantage of any windows over the winter to combine,” says Ben Rosser, the corn specialist with the Ontario Ministry of Agriculture, Food and Rural Affairs in Guelph, Ontario. “Look for a period after a thaw, snow removed from plants, followed by a cold snap that freezes soil. That way, you can combine without plugging issues, and won’t leave ruts that have to be dealt with in the spring.”

If you are combining in February or March, it can be difficult to get your grain dried if you don’t have a dryer on your farm, Rosser says. Many elevators have wrapped up drying operations for the season by then, so check ahead of time to see if anyone is willing to take it.

Anyone unable to finish harvesting when the ground is frozen will likely be better off waiting until the ground dries in April. Running heavy grain carts and combines over soggy, saturated fields can cause soil compaction and impact subsequent crop yields.

“Do whatever will make the most economic sense for your operation in the time you have available,” says Cory Jacob, a Moose Jaw-based crop specialist with the Saskatchewan Ministry of Agriculture. “This could mean leaving one combine and operator with a semi out in the field to harvest, while others are seeding and spraying. Some might combine for three, four days or a week to get it done, then go hard on spraying, harrowing, and seeding.” 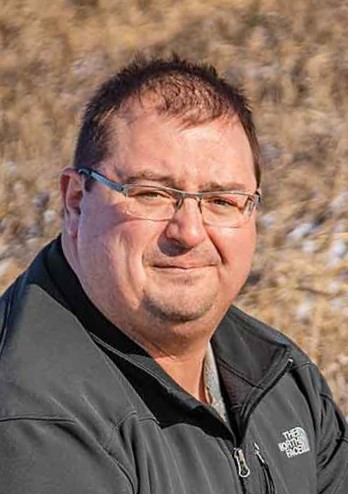 Cory Jacob urges producers to do what makes the most economic sense for your farm.

“One of the biggest lessons we learned when we harvested 350 acres of wheat and canola in the spring of 2017 was to avoid constantly looking across the fence line to see what the neighbors were doing,” says Christi Friesen, who farms with her husband Kelly at Brownvale, Alberta.

“People were combining all around us, but our fields were too soft. We were leaving big ruts and creating a mess.

“So, we chose to let our unharvested fields dry out while we planted every acre we could. Then, when they were ready to go, it was all-hands-on-deck. Our friends and family came out to help us harvest while we continued planting. Everyone was rooting for us to succeed. Before we finished, the drill had literally caught right up to the combine.”

Perhaps the hardest part of having crop out in the field over the winter is coping with the stress of the new experience. But it gets easier to manage each time it happens. Tamara Dent and Alex Carruthers have the routine down at their farm in Sturgeon County, Alberta, after having to leave crop in the field for four years in a row.

“We’re experienced at this now, so we just do what we can, when we can,” Dent says. “We’ve learned not to get stressed out and kill each other. As soon as we walk through the door of the house, we stop being the farming team and become husband and wife. It’s important to keep the two separate.” 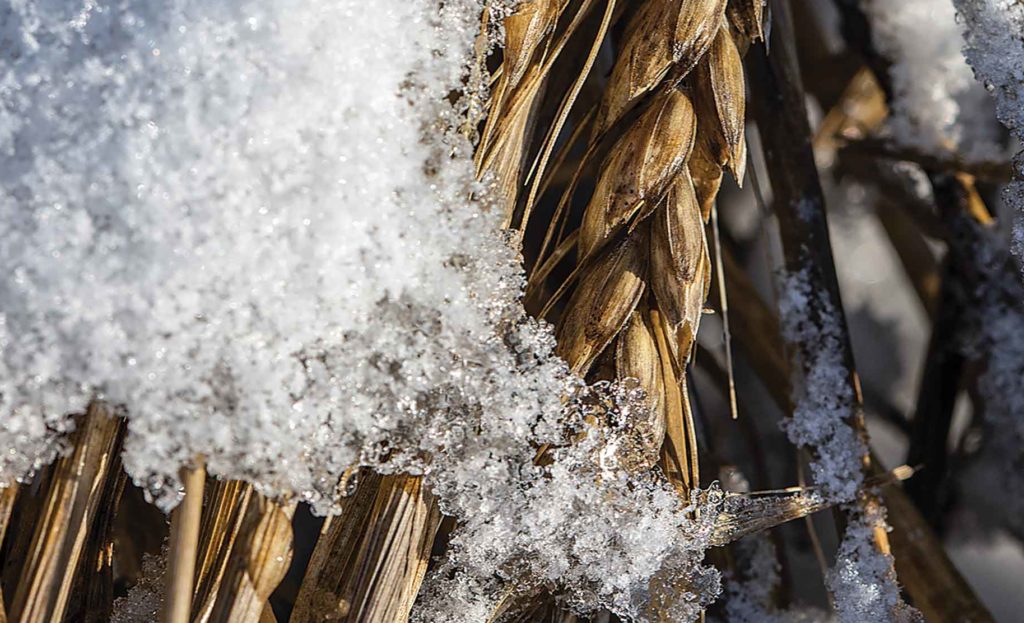 Ideally, most will have a chance to combine while the ground is frozen.

Lender relations. Do your best to prevent unharvested acres from hurting your business relationships, too. If they’re causing cashflow problems, swallow your discomfort and have an open and honest conversation with your lender before you start missing payments, Friesen says.

“Most lenders are quite understanding and willing to work with you. You aren’t the only one calling them; they just want to know that you have a plan in place, and are waiting for the right time to execute it.”