It’s exciting to see young almond trees growing vigorously on a 100-acre block of Portwood Farms’ land near Wasco, California. But the real excitement is 10 feet underground, where Phil Portwood is pumping surface water into a groundwater bank.

A board member of the Semitropic Water Storage District, which banks water for other districts around the state, Portwood invested $2,500 to $3,500 an acre on a gallery of perforated 4-inch pipe buried 10 feet under the orchard as a hedge against drought.

“It’s like a leach line,” Portwood says. “The pipe follows the natural fall of the field, so we use gravity. Over a 100-acre block, we can bank 40 acre-feet a day.”

That’s during wet seasons when Portwood can accept deliveries of surface water to put away for a non-rainy day. During drought years, he is allowed to pump from the stored supply, meeting his crops’ need for three to four acre-feet per year. He sends the rest through Semitropic’s conveyance system back to the districts that banked the water.

“You need enough capacity in the wet year to bring in three to four years of water,” he says. “You have to overbuild.” 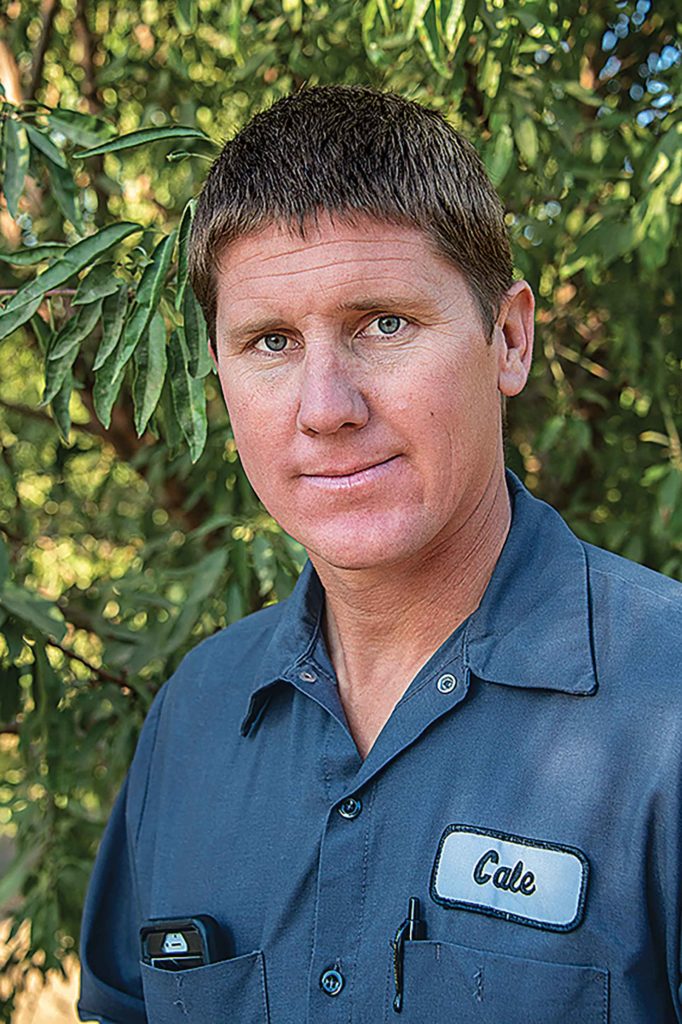 Two tactics. Semitropic’s water banking system has two mechanisms. Under “in lieu banking,” farmers accept surface water from the district’s banking partners in lieu of (instead of) pumping their own groundwater. They record the unpumped water as assets in the bank, which can be sent to the banking partners during dry years.

There’s also direct recharge, the program Portwood uses on his farm. Some recharge basins are broad areas where pools of water are allowed to seep into the soil. Others, like the one at Portwood Farms, operate without taking farmland out of operation.

“Prime recharge land is also prime ag land,” explains Jason Gianquinto, general manager of Semitropic. “How can we do both? Put in a subsurface recharge gallery. We get recharge on his property, and he can farm on the surface. It’s the best of both worlds.”

“But once you go to one of the permanent crops like almonds, the water’s got to be permanent,” cautions Rogers.

“You can only pump water so long,” he adds. “If we can’t figure out a way to sustain it, we’re all out of business.”

That grim reality was underscored by California’s Sustainable Groundwater Management Act (SGMA). The package of laws demands that farmers and districts develop plans by 2023 to balance pumping and recharge. Many farmers who counted on unmetered groundwater supplies are getting a splash of cold water in the face as quantities are penciled out.

Though Semitropic has been banking groundwater since 1992, recent droughts and the growing regulatory pressure from SGMA have sparked extra interest in the district’s groundwater banking program, notes Gianquinto. 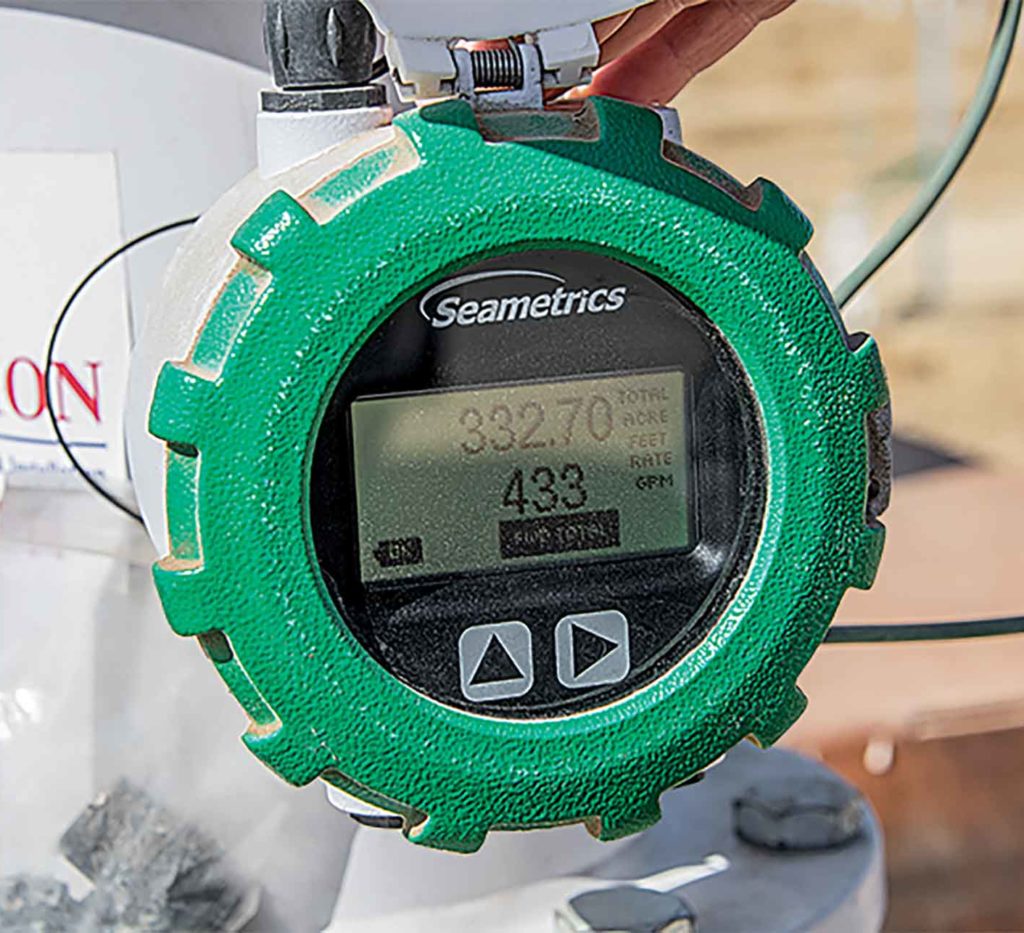 Geology test. With the legal aspects of water storage and transfer handled by Semitropic’s banking structure, the big challenge for farmers like Portwood is more about geology.

The first step in approving Portwood’s 100-acre parcel was checking soil and geology maps to make sure the land was likely to be able to deliver water to the aquifer, says Gianquinto. Then the district drilled 50-foot core samples as a reality check to look for perched water and hardpans. Two of those bores were converted into monitoring wells, which now track the level of recharge water into the soil.

“We want to make sure the water is going into recharge and not moving laterally and popping up somewhere else to cause a problem,” he explains.

Using meters in the turnouts, monitoring wells in the field, and careful accounting, every acre-foot of water is tracked carefully in both directions, Gianquinto points out.

“Water’s going to be the number-one thing going forward,” Rogers warns. “You can be the biggest landowner in the world, but if you don’t have water, you don’t farm.”