It wasn’t the cows that brought Joe Moreda back to tiny Valley Ford, California, though he grew up surrounded by Jerseys. Not directly. It was the chance to work with their milk.

“I never wanted to be a dairy farmer per se, but I loved the industry,” says the young cheesemaker, the fifth generation to live on the family farm since it was settled in 1918 by Pietro and Maria Bianchi, immigrants from the Italian-speaking part of Switzerland.

While his brother Jim focused on continuing the family’s long dairy farming tradition, Joe’s goal was to come back and join his mother in her growing on-farm cheesemaking business. 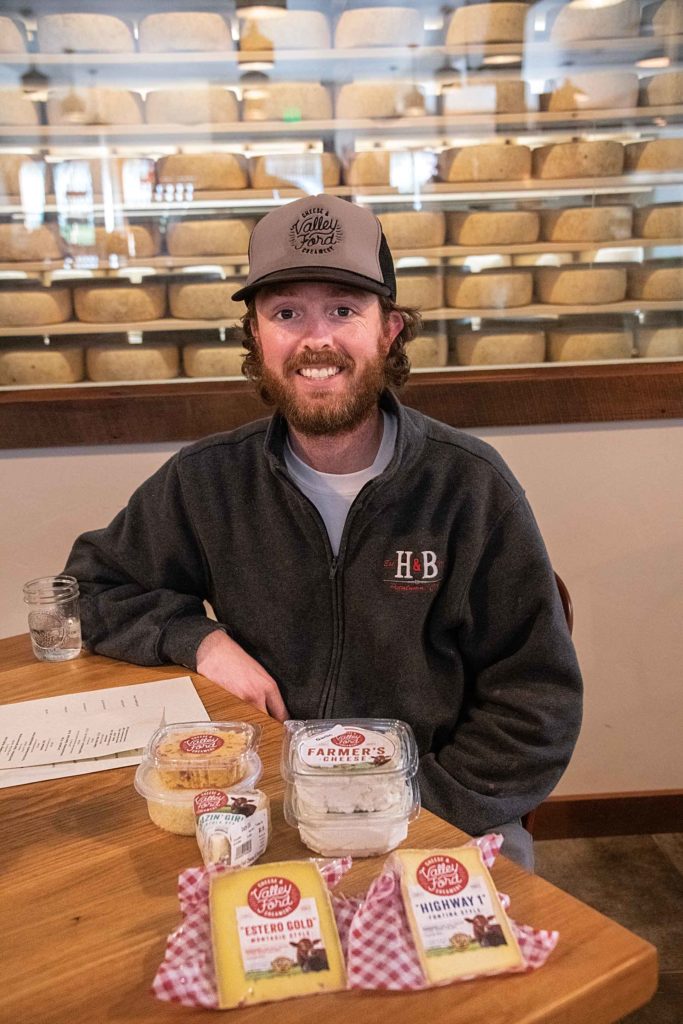 Cheese experience. In a series of what Joe calls “next steps,” Valley Ford Cheese and Creamery broadened its product line, went from farmers’ markets to white-tablecloth restaurants and Hy-Vee, and opened a shop along busy Highway 1 to create a Sonoma County encounter that is a cheese counterpart to tastings at the area’s renowned wineries.

Moreda’s mother, Karen Bianchi-Moreda, began commercially producing raw-milk cheese in 2008 with milk from the family’s 500-head milking herd. She started with a Montasio, a firm, nutty Swiss-Italian cheese embedded in her memory from her grandparents’ table. She followed it with a semi-soft Fontina-style melting cheese and hit the farmers’ market circuit to build a following.

Joe graduated college in late 2010 and almost immediately began developing a mild blue cheese. The long process highlighted the financial challenges of relying on cheeses that required four to 18 months of aging before sale.

Fast turnaround. “We needed a fast-turnaround product, something we could make today and sell tomorrow,” Moreda says.

He developed a pasteurized farmers cheese that serves as a great base for flavors—like garlic or the spreadable, coffee-infused fresh cheese he sells to local bagel and coffee shops—and also works as a quick cash generator.

“We really built the business backward,” Moreda admits. “The smarter thing would be to start with a fresh cheese, then have the aged cheese development going on in the background.”

The good news is that the aged Estero Gold products are durable enough to ship well. The Moredas built their brand at food shows and signed on with distributors in California, New York, Atlanta, and Des Moines for access to their sales and logistics capabilities.

Then, as they were cultivating a national market, a local opportunity fell into their laps. A good friend was selling a 5,000-squarefoot store right in Valley Ford.

The building would provide space for aging, cutting, wrapping, and shipping, plus retail space to sell their cheese to travelers driving up and down the coast. 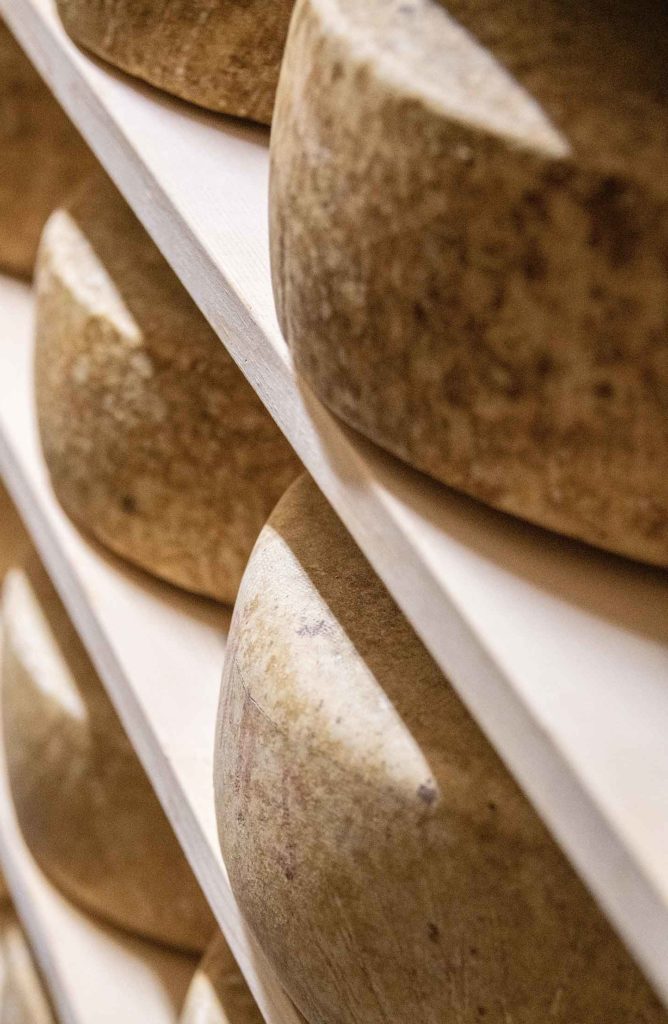 Aged cheese ships well and tastes great, but can create a drag on a young company’s cash flow.

A dream. “It was always a dream of ours to have our own retail,” Moreda says. “If you go into a grocery store, especially in this area, there are 10 million great cheeses. It’s tough to stand out.

“We were trying to figure out what we could do different,” he adds. “It was always in the back of our mind that it would be nice to do some direct-to-the-consumer concept, especially since we’re right next to the ocean.”

It took more than three years to gut and rebuild the building. Along the way, the Moredas’ business model continued to evolve.

By the time the retail space opened in spring 2019, it was more than a cheese shop.

Guests savor flights of Valley Ford cheeses with Sonoma wines and beers. They pick up picnic supplies for the beach, or grab a table to tuck into cheese-based gourmet dishes by chef Poncho Velazquez and pastries from his wife Dani. They rent space for meetings and baby showers. They experience Valley Ford cheese.

“I think our cheese is pretty damn good, but so is Point Reyes’. So is Nicasio’s,” Moreda says. “So we’re trying to stand out as selling an experience.”