The quest to unlock this crop’s full potential.

Farmers and scientists are teaming up these days to put boots on the ground as they work on the The Case of the Missing Bushels. That’s the mystery these sleuths are trying to unravel—why Mid-west growers tend to fall about 30% short of theoretical yield potential, based on climate, soil, and today’s soybean genetics.

An extensive, three-year bench-marking study by the North Central Soybean Research Program, a collaboration of 13 state soybean associations that invest soybean checkoff funds to improve yields and profitability, identified this shortfall. The good news, however, is that a followup “boots on the ground” study in 2019 showed that those bushels can be captured with improved management—and, with more efficient use of inputs, farmers also can unlock additional profit per acre. More “boots on the ground” studies are underway for the 2020 growing season.

Missing bushels are a mystery with global implications. The U.S. produces 35% of the world’s soy-beans; the North Central region accounts for 82% of the nation’s soybean crop. During the benchmark study, researchers analyzed farmer survey data using advanced statistical methods along with a spatial framework that identified critical yield-limiting factors on 50.4 million acres of land planted to soybeans.

On-farm ﬁndings. “The goal of the project is to evaluate management changes in on-farm research settings across the U.S. North Central region,” says University of Wisconsin researcher Shawn Conley. He serves as principal co-investigator, along with Patricio Grassini from the University of Nebraska.

In 2019, the project established 48 successful replicated on-farm trials in seven states. Researchers identified a suite of agronomic practices identified to have the greatest potential for boosting yield and profit, based on a specific climate and soil type.

Researchers compared improved-versus-reference yields across the 48 trials held in 2019. They found an average yield increase of 5.5 bushels per acre. Conley points out that this includes results from a North Dakota study where rain led to severe crusting on the early planted beans, causing yields to fall 10 bushels per acre below the reference treatment.

“We found that the yield increase, together with the cost savings from using a lower seeding rate, produced an average of $51 per acre net profit for the improved management treatments,” Conley points out.

The economic analysis also showed that improved management works across a wide range of farms. “The additional profit was $10 an acre or more on 85% of the farms,” Conley says. “The economic impact of improved management strategies was high and consistent.” To keep an eye on the 2020 studies, and to learn more about the project’s background, you can visit coolbean.info, the University of Wisconsin Extension website that offers the latest research and news for soybean growers.

Timely tool. Soybean growers are joining the search for more soybean yield. For Brandon Stephens, who farms with family members in Clinton County, Mo., timely seeding is a priority. “ We already were running two air drills, but added a third for 2020,” he says. “After the struggle getting crops planted in 2019, it made sense to be as timely as possible.”

He’s also following an agronomic plan that calls for multiple foliar feedings; insect or fungicide applications can piggyback on those passes. 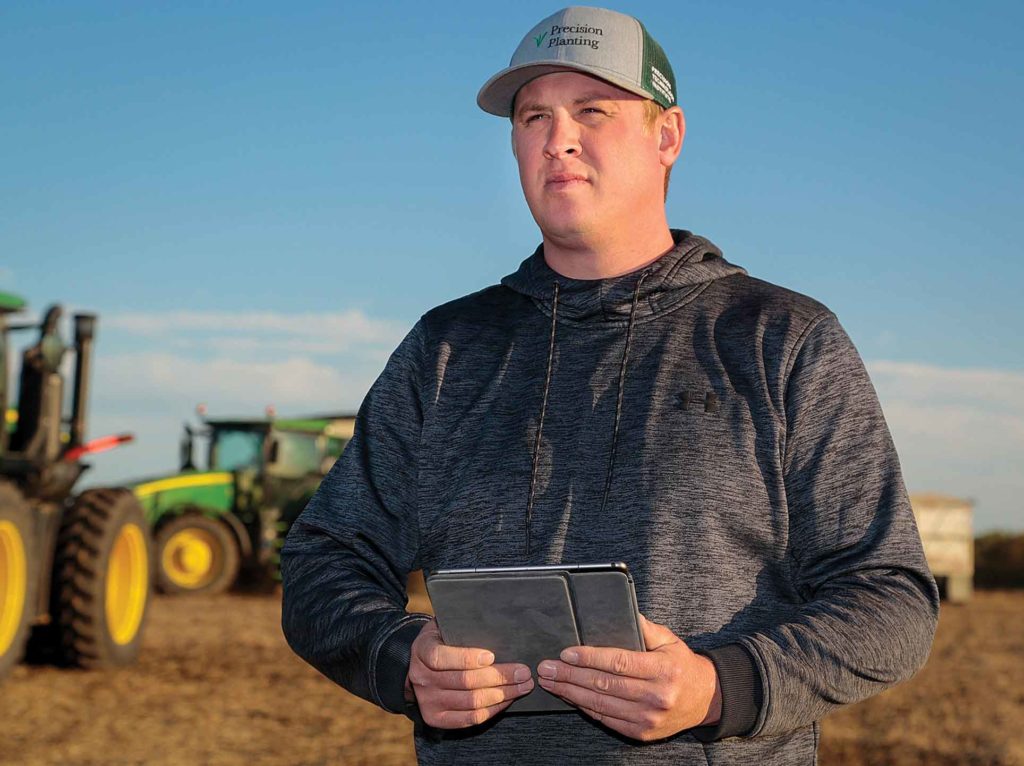 Timeliness is a priority for Brandon Stephens.

“Soybeans used to be a simple crop,” he says. “ You would plant, spray, and hope for the best.” With add-ed management input, his yields improved eight to 10 bushels in 2019. “The bushels are out there,” Stephens adds. “ We just have to take advantage of technology that allows us to find that yield.”