Tim Kieffer and his brother Kevin are the fifth generation on Kieffer Dairy Farm near Hastings, Minnesota, and they’re especially excited about a sixth generation…of three-way crossbred cows that proved in a ten-year study to be more profitable than their purebred Holsteins.

Since 2008, the Kieffers and six other dairies have worked with University of Minnesota researchers Les Hansen, Amy Hazel Loeschke and Brad Heins to compare Holsteins with ProCROSS cattle, a cross of Holstein, Montbeliarde, and Viking Red (which is itself made up of Swedish Red, Danish Red, and Finnish Ayrshire).

“When I sat down with Amy and went through all the numbers, in the end that ProCROSS is just a more profitable animal in every aspect,” says Tim Kieffer, who manages his family’s 350-cow herd.

Gift on top. Crossing dairy cattle is long overdue, says Hansen, the study leader. He points out that other livestock industries have taken advantage of heterosis, or hybrid vigor, for decades

Inbred cattle populations can build up undesirable recessive genes in many locations on their chromosomes, increasing the chance that negative traits will be expressed. Crossing with another breed introduces dominant genes that eclipse the undesirable recessive ones, and adds a boost of hybrid vigor beyond the genetic potential of the parents.

“The best situation is to have tremendous genetic improvement within the pure breeds and then to place the ‘gift’ of heterosis on top,” Hansen explains.

He notes that breeders of Montbeliarde and Viking Red have been steadily improving their genetics over the years, just as Holstein breeders have. The European breeds in the ProCROSS program also complement Holsteins well.

Loeschke adds that the choice of breeds in a cross is very important. Crossing black-and-whites with Jerseys may be fine for grazing herds or to add heat tolerance, but they also create a lot of variability in body size and udder depth. Brown Swiss/Holstein crosses can be unprofitably large and exhibit poor fertility, she says.

Good fertility. Montbeliarde and Viking Red are not common in the U.S., but their popularity in Europe means imported semen is not too expensive, Loeshcke adds.

“The retail prices for Montbeliarde and Viking Red in the U.S. are on par with the retail prices of semen from high-ranking bulls advertised by other breeding companies for domestic breeds,” she notes.

In fact, Loeschke says breeding costs in the cross trial were actually lower than for pure Holstein.

Kieffer says following the threeway cross program is no harder than making breeding decisions for a pure Holstein herd.

“I have it figured out on paper and we just follow the cross,” Kieffer says. “Really, the only stipulation I have is that if I’m starting with a Holstein heifer, I’ll always breed her to a Viking Red.

“When you get those first-generation crosses, the F-2, is where you’ll see your greatest genetic variation,” he adds. “As you get through the crosses farther, the animals become more uniform.” 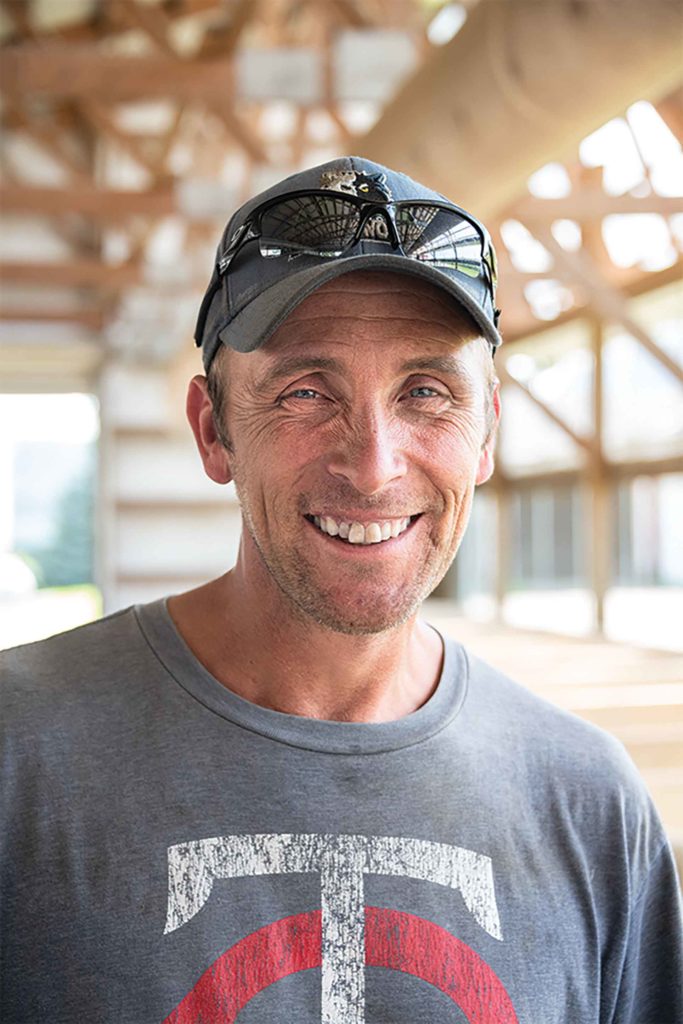 Kevin Kieffer and his family participated in a ten-year University of Minnesota study on the three-way ProCROSS.

Better health. Seeing the benefits of the three-way cross is really playing a long game.

“The daily pounds of milk maybe wasn’t higher in the crosses, but the lifetime milk was,” Kieffer says. “You got cows returning to peak milk sooner—in some cases, up to 21 days sooner.”

With lifetime health treatment costs 26 to 29 percent lower for crossbred cows, more days in production, up to 17 fewer days open, and significantly fewer stillborn calves, the Kieffers plan to stick with the three-way cross. “You just end up with a healthier, longer- lasting animal,” Tim says.