COVID-19 drives the lost generation back to the ranch.

COVID-19 drives the lost generation back to the ranch.

My heart swelled. I swear, it truly did. Filled my chest right up at the sight of my son pedaling his bike up and down my grandma’s rutted gravel driveway.

His cowboy hat smudged with dirt, athletic pants tucked into cowboy boots and a toothy —well, somewhat toothless — smile plastered on his proud face. It was his first successful ride without training wheels, and he took it at the family ranch just like I did 30-some years ago.

This wasn’t supposed to happen. I was the ranch kid who left. Like others who grew up in the industry I went out in the world pursuing a career off-farm.

I visit frequently. I even own a few cows, remnants of 4-H projects and calves given as payment for summer work. But my kids weren’t destined for the country kid experience I held dear. Then the pandemic arrived.

A rural retreat. Though the initial surge of the virus didn’t hit Montana hard, living in the state’s largest city wasn’t ideal. So we packed up and headed 3 hours east to the Powderville spread that’s sheltered my family for the past 100 years.

The remote ranch I called home for the duration of my youth is an hour drive, including 30 miles of questionable gravel roads, to the nearest place you can spend money.

We’ve known how to socially isolate for a long time!

Calving was in full throttle upon our March 28th arrival. After settling in my grandparents’ house, vacant these last few years, our first chore was a twilight drive to check the herd of cows calving on the open range. 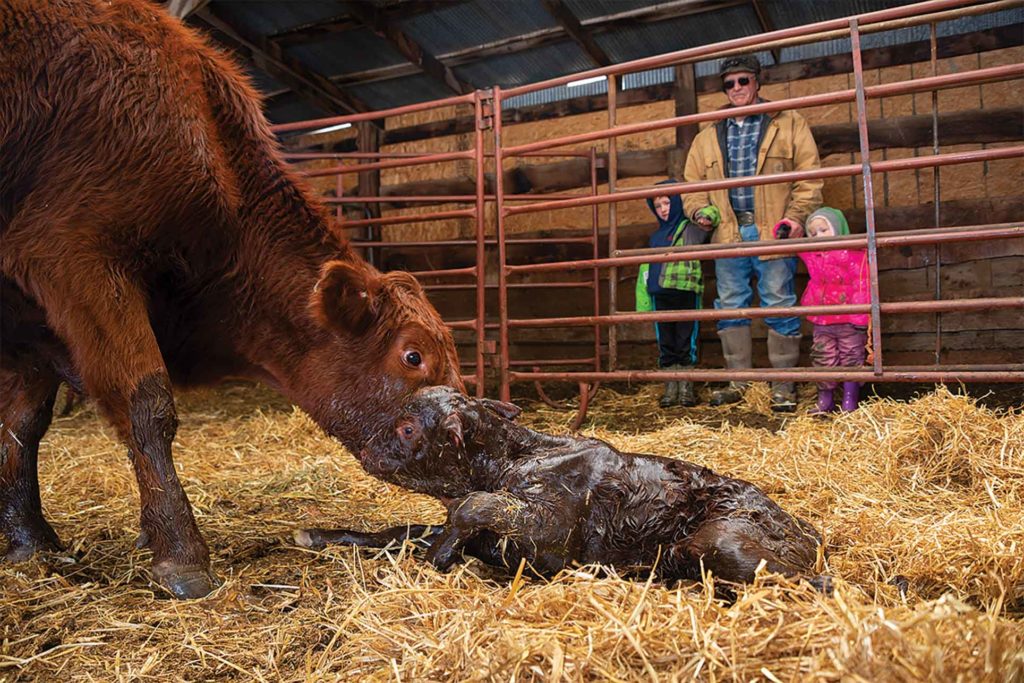 Grandpa Tom Ostendorf introduces the kids to the first baby calf they saw born while watching the barn cameras, a recent luxury.

My son, Cooper (7) and daughter, Madeline (3), were giddy (me, too, if we’re being honest). They hung out the windows mooing at the cows and naming the frolicking babies after their favorite classmates.

Bumping across the prairie they picked up their first new ranch skill. Identifying calving cows. “Mom, MOM! Over there, that one has her tail up!”

“Ewwww Mom! why is she eating that? That’s ‘bisgusting’.”

“Afterbirth is full of nutrients and it can attract predators if it’s left laying around.”

And so the questions began.

The dodge. In addition to endless, often delicately sidestepped, questions I learned from an adult’s perspective how fraught with danger rural life could be. The most perilous of tasks was deflecting the endless puppies, kittens and assorted other baby animals offered to our children every time my husband, Mike, and I turned our backs.

Even a baby snake made its plea to join our family.

That was a firm and easy no and led to a crash course in snake identification and snake encounter protocols.

Running wild. In the 2 months spent at the ranch I watched a fierce independent streak grow in my children. Constrictions that had them under strict surveillance in the city were nonexistent at the ranch.

With a few warnings involving bull pastures, electric fences and creeks, they could head out the door to explore, adventure and problem solve for hours. Only some discreet supervision was employed to ensure rules were followed. And they were — except minding the electric fence. However it delivered its own instant and well-heeded reprimand.

These are the experiences that make farm and ranch kids so adept at nearly anything they put their minds to. They gain confidence to try. And if they fail, to try again with a different tact.

Responsibility was learned as we bottled bum calves, thoughtfulness as we picked sweet peas for Mother’s Day bouquets, and adaptability as somewhere along the way my daughter mastered peeing outside. (A fine skill for rural life, but one ill suited to suburban backyards.) 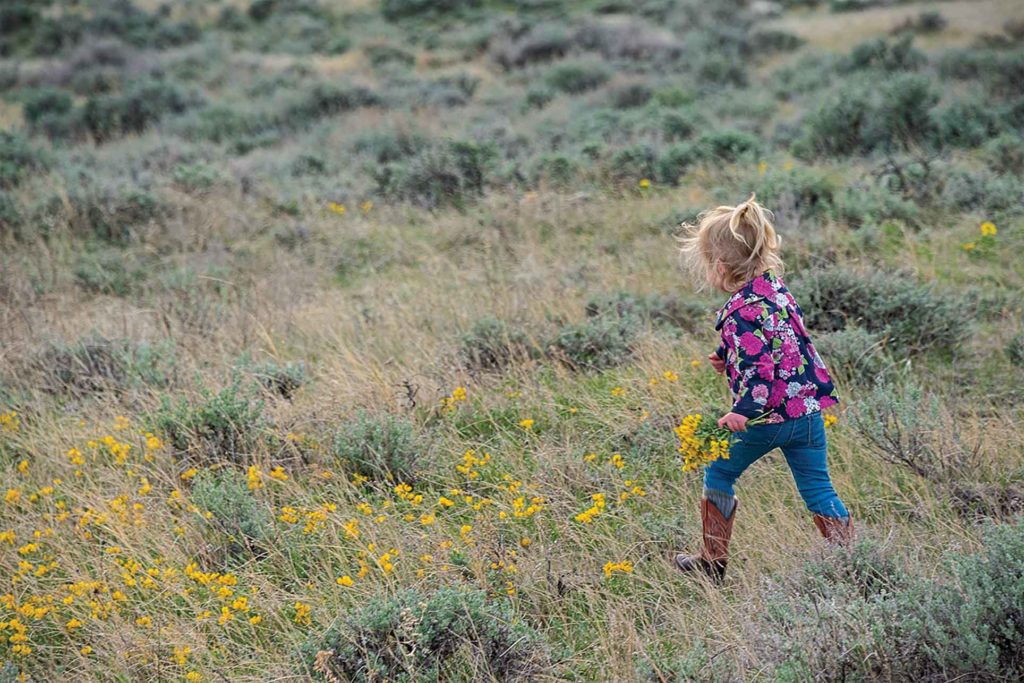 Much as I feared my daughter had grown too adept at doing without modern plumbing, as calving gave way to branding and moving cattle to summer pastures I feared my son had gained too much confidence in general.

Though having only been led around on our trusty kid horse, Doc, during previous ranch visits, Cooper is convinced he’s a cowboy of the first order.

On branding day he insisted we trot along with the rest of the crew to the far reaches of the range. Quickly bored of the sedate jog, he cajoled a gallop out of Doc. Thankfully he was knee to knee with me as the rough old mount showed him just how bumpy a lope could be.

I scrambled to pull Cooper back into his saddle as he unwittingly jostled his way toward a meeting with cactus littered sod.

Once settled, I expected to soothe a scared child. Nope. He demanded I let go of the horse equivalent of training wheels — the halter rope I clutched — and let him take control.

‘Oh Lord,’ I think. ‘I might have a real cowboy on my hands.’ The old song does warn mommas about letting their babies grow up to be cowboys. But I can think of worse fates. 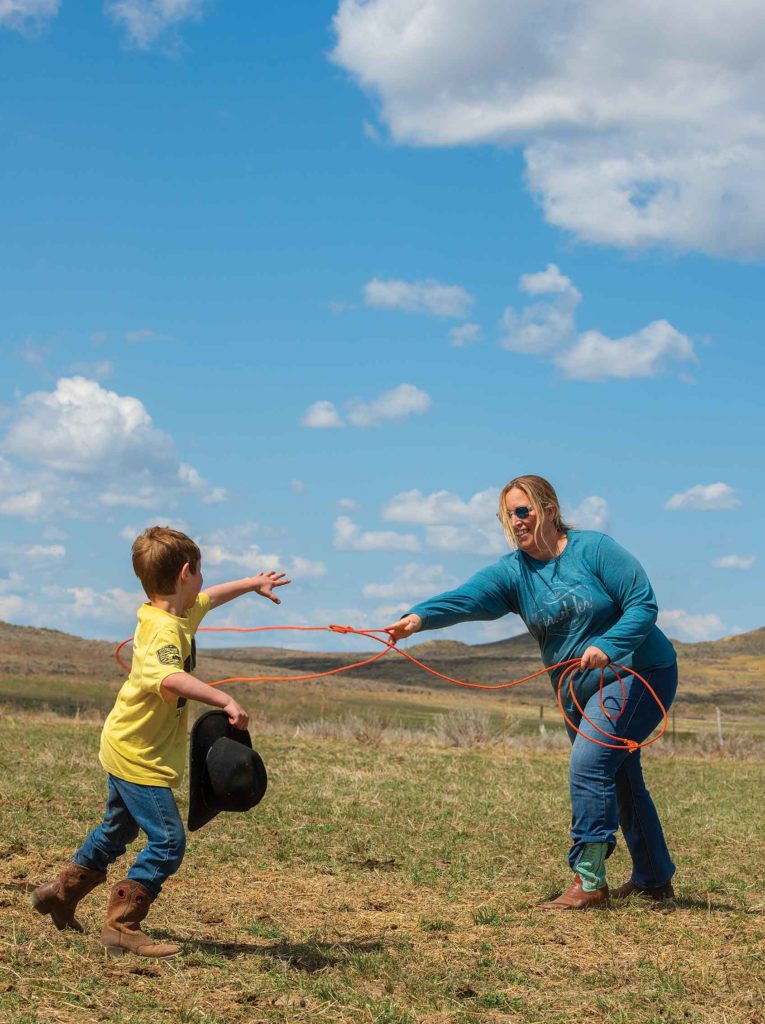 Cooper learns the consequences of trying to rope his mother.

Late May had us back to Billings and semi-normal life. We may never get months at the ranch again, but our future holds many long visits. After all, the kids have yet to discover water tank skinny dipping, among other adventures.

A seed was surely planted in my children’s souls, one I intend to nurture. Who knows, maybe my children will even circle us back to our country roots.